CNN anchor Don Lemon has been pressed about whether or not his network is a “boys club,” as recently suggested by outgoing colleague Brooke Baldwin.

Last week, Baldwin aired grievances about her employer appearing to favor selecting men over women in positions of authority.

“The most influential anchors on our network, the highest-paid, are men. My bosses, my executives, are men. The person who oversees CNN Dayside is a man, and my executive producer for 10 years is a man. So I’ve been surrounded by a lot of men,” Baldwin told the Ms. Magazine podcast.

Indeed, CNN is the only major cable news network in America without a female primetime host and many of the network’s high-powered executives are men. Baldwin said she sees the landscape changing as more women appear on cable news, but noted she mostly teamed with men during her career.

“I was surrounded by a lot of dudes,” she said.

Lemon was asked about Baldwin’s comments during an interview shared Thursday on the New York Times’ “Sway” podcast.

“Do you see that as an issue?” journalist Kara Swisher asked.

“Well, a couple of things,” Lemon responded. “I don’t know everybody else’s salary. So I can’t say that it’s a — and it’s a boys’ club. I just got there.” 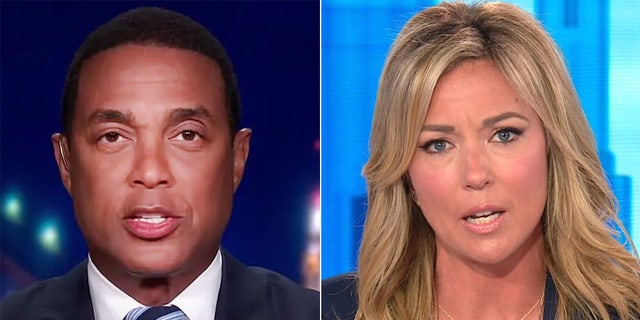 “You’re not going to get out with the ‘I just got there’ thing,” Swisher told the anchor, who has been at CNN since 2006. “Should a woman be running the network? And how do you square the circle of not having — you know, women are just second-class citizens in the CNN universe.”

“Now at the executive ranks, I don’t know enough about the organizational chart to tell you that. But listen, my CMO [chief marketing officer] is a woman, Allison Gollust, and she is a huge influence on the network. So should the network be run by a woman? Of course, a very qualified woman. I would love to see a woman run the network,” the CNN anchor continued.

Lemon appeared to suggest that Baldwin could have cozied up more with CNN President Jeff Zucker, who Lemon invited to have lunch.

“I mean, she can do the same thing,” Lemon said before chuckling.

The “CNN Tonight” anchor conceded that there’s room for improvement when it comes to representation of both women and “people of color” at the network.

Baldwin announced in February she would exit CNN after 13 years. Her exit was foreshadowed last fall after she sent cryptic Instagram messages that suggested she was being forced off the air following the network’s announcement that Jake Tapper would take over her timeslot ahead of the 2020 presidential election.

“As the election gears up, the political maestro @jaketapper will hold down my hour and his for the coming weeks. Wish I was with you, but I’ll see ya on [TV] on the flip side of the election,” Baldwin wrote back in October.

A fan asked, “Why are you taking so many weeks off at such an important time?”

“Not my choice,” Baldwin replied.

Joe Exotic, Assange, Snowden: Here's who wanted a Trump pardon but didn't get one