The boss of department store David Jones is upbeat about consumer spending in the lead-up to Christmas, saying the company’s focus on in-store experience will boost the brand after another year of volatile trading conditions.

Chief executive Scott Fyfe said the company had seen a strong second half after months of retail lockdowns in 2021.

“We’ve seen momentum continuing into July and August, and we are optimistic about the peak trading period in the lead-up to Christmas,” he said. 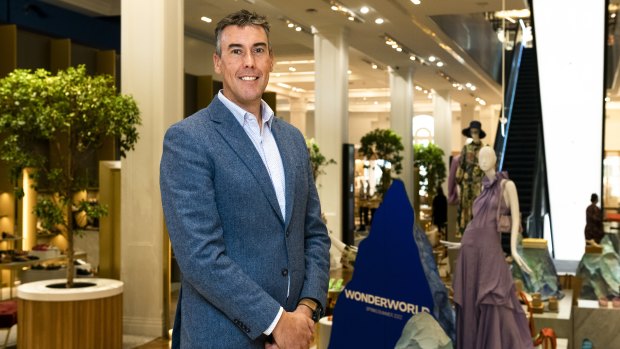 David Jones recorded a 2.6 per cent drop in turnover for 2022 after lockdowns in the first half hit hard. Adjusted operating profit for the full year came in at $83.7 million, a decline of 0.6 per cent.

Country Road Group, which includes the brands Country Road, Mimco, Trenery, Witchery and Politix, had strong trading in the second half, with sales up by 3.1 per cent for the year. The group’s adjusted operating profit dropped 22.3 per cent for the year overall to $120.3 million, but was up by 18.6 per cent in the second half of the year as bricks-and-mortar retail bounced back.

Fyfe agreed that lockdowns had encouraged Australians to save more and that the business was happy with its results in the tough trading environment.

“I think it’s fair to say that DJs is back – we are really positive about the outlook, this is an iconic Australian brand,” he said. 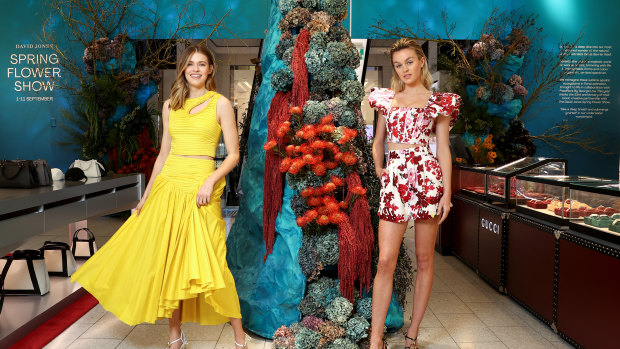 David Jones launched its annual flower show to mark the beginning of spring. This year’s collection is “inspired by Australia’s underwater wonderworld”.Credit:Getty

The department store has been investing in in-store events with the view that consumers are keener than ever to get into bricks-and-mortar stores. This includes the launch of its annual flower show at the Elizabeth Street flagship store in Sydney.

The store’s flower installations have been a marker of spring since the 1920s, when staff would bring in flowers from their gardens each September.

The company’s director of omnichannel, Kate Bergin, said customers had been craving human interaction and wanted to participate in a variety of events while they shopped.

“What our team members bring to life is that human connection,” she said.

Department stores were appealing to shoppers as they made their way back into stores because they curate a range of brands in one place, Bergin said.

“We are seeing our weekend traffic back to pre-pandemic levels.”