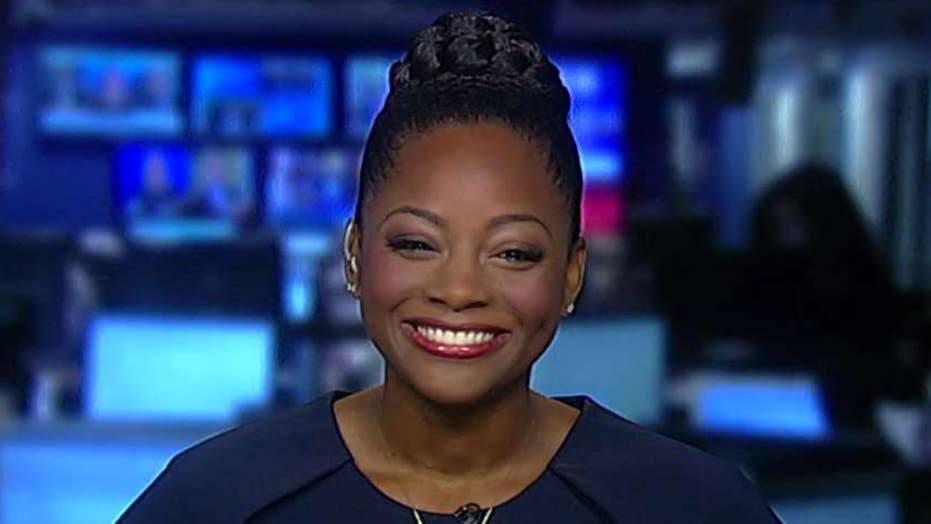 A Joe Biden administration would be bad news for parents who savor or crave school-choice options for their children. The bunker-dwelling presumptive Democratic presidential nominee knows that the teachers unions butter his bread. And Uncle Joe won’t let a bunch of pesky kids wreck that arrangement.

From charter schools to educational savings accounts to the Washington, D.C., school voucher program, the former vice president can’t wait to stand in the schoolhouse door and block boys and girls — especially Black and Brown ones — who dream of escaping crowded, dangerous government classrooms where learning happens by accident, if at all.

“I am not a charter school fan because it [sic] takes away the options available and money for public schools,” Biden told Georgetown, S.C., voters Feb. 26.

A similarly ungrammatical Biden told Pittsburgh voters Dec. 14: “And so if I’m president, [Education Secretary] Betsy DeVos’ whole notion from charter schools to this are gone.”

A participant at a May 28, 2019 American Federation of Teachers gathering in Houston complained to Biden that “charter schools continue to pull money out of our public schools for staffing and services for students. What is [sic] your plans to slow — stop the growth of unregulated for-profit charter schools?”

“I’ll stop them,” Biden warned. “I do not support any federal money — private money — for for-profit charter schools, period.”

These teachers-union bosses must have been pleased with Biden. As OpenSecrets.org data confirms, the AFT’s $96,664,756 in political investments since 1990, 99.1 percent to Democrats, continue to pay obscene dividends.

“Charter does not mean better,” the manifesto declares. “The goal was never to undermine the many extraordinary public schools in this country,” it continues, forgetting that charter schools are public schools. Biden-Sanders also would “Ban for-profit charter schools,” from all federal funds — potentially bad news for such charter operators as Academica Corporation, Basis Educational Ventures, and K12.

As a July 21 EdChoice survey explains: “Charter schools are public schools that have more control over their own budget, staff, and curriculum, and are exempt from many existing public school regulations.”

So, by definition, Biden-Sanders would convert charters into standard government schools, just as sawing the wings off a Boeing 777 would transform it from a jet airplane into a metal tube.

The regulations that keep too many government schools from soaring often make it tough to sack inept instructors.

A 2018 New York State School Boards Association survey found that booting a bad teacher typically required six months and $141,722 in related salaries, benefits, and legal fees. Such cash could hire two brand-new New York City teachers, fresh out of college, at $57,845. The $26,032 balance could cover repairs, school supplies, or — what a concept! — be returned to taxpayers.

Uncle Joe is not amused.

Biden-Sanders’ communique pledges to “Oppose any and all voucher and neo-voucher programs such as Education Savings Accounts and Tax-credit Scholarship programs.”

Cruelest of all, Biden is a sworn enemy of the Washington, D.C. Opportunity Scholarship Program, also known as the DC Voucher Program. Since the 2004-2005 school year, this program has granted some 8,400 vouchers to 21,057 applicants, the Congressional Research Service reports.

None of this has impressed Biden.

But this program remains in Biden’s crosshairs. Biden-Sanders would: “discontinue funding” for Washington, D.C.’s voucher experiment.

Even beyond school choice, Biden-Sanders’ education plans involve head-spinning, left-wing social jargon. They aspire to “fund the development and implementation of assessment frameworks that … provide for holistic, deeper learning encompassing social, emotional and academic learning and are responsive to cultural and linguistic diversity.”

Whatever happened to reading, writing, and ’rithmetic?

“We used to have an influential group of school reform Democrats, some of whom served in the Obama administration,” said Williamson M. Evers, Senior Fellow and Director of the Center on Educational Excellence at the Independent Institute in Oakland, Calif. “But now the Democrats and the Biden campaign are a wholly owned subsidiary of the teachers’ unions. These unions view non-union charter schools as a threat to them, but they are a lifesaver for minority kids and parents.”

“I suspect Biden has been more strident in his opposition to choice, including charters, lately to secure support of the more radical left-wing of the party, and of course teacher unions,” said Neal P. McCluskey, Ph.D., Director of the Washington, D.C-based Cato Institute’s Center for Educational Freedom. “He may not be the relative centrist he was once thought to be.”

Along with law and order and entrepreneurship, school choice offers minority communities the most promising path to hope and opportunity. Joe Biden claims to believe that Black lives matter. Tragically, however, Black minds don’t matter to him at all.

Senator Chuck Schumer Admits to Spending Over $8,600 on Cheesecake in Under 10 Years

Latest Posts
Crown boss withheld ‘daily updates’ to Packer from other shareholders
Sarah Sanders blasts Dems who 'viciously' attack Judge Barrett while lecturing about 'empowering women'
Media critic explains why Fox News has advantage in race to fill RBG seat
New Zealand’s Near-Term Economic Outlook Less Negative, Says Treasury
Supply shortages are forcing restrictions on who can get a COVID-19 test, and it's happening at the worst possible time
Recent Posts
This website uses cookies to improve your user experience and to provide you with advertisements that are relevant to your interests. By continuing to browse the site you are agreeing to our use of cookies.Ok