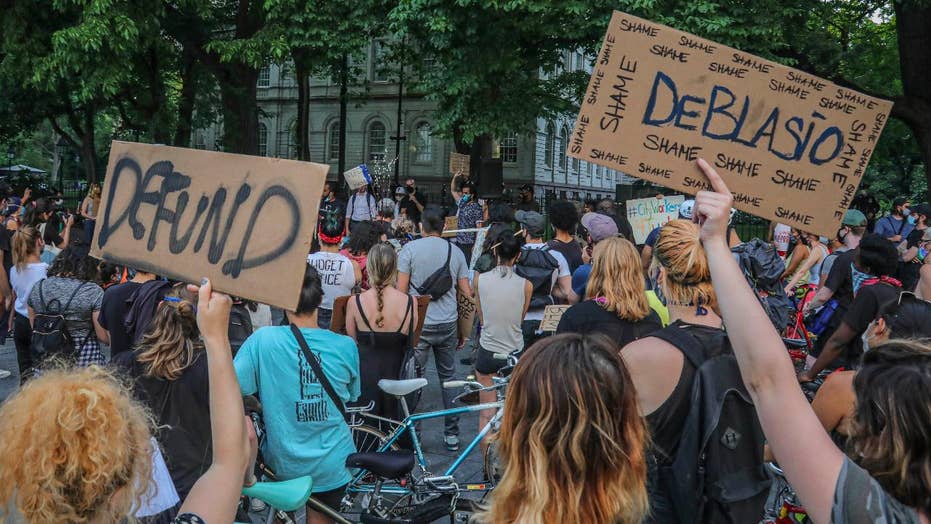 In normal times, this would be a risky move, at best. Amid Gotham’s soaring crime rate, this is akin to firing lifeguards while a beach gets lashed by riptides.

The NYPD’s latest statistics show a city bashed by powerful criminal currents. Compare Jan. 1 to June 21 this year with 2019’s like period: Murder is up 24 percent. Shooting incidents have risen 36 percent. Shooting victims have climbed 42 percent.

For the week of June 15 to June 21 this year versus those dates in 2019: Shooting incidents jumped an astounding 342 percent. Shooting victims rocketed even higher, by 414 percent.

Thus, this is an inopportune time to cancel two of the next four rookie classes entering the Police Academy, even as NYPD’s uniformed headcount will plunge by 1,163 officers, and retirements have accelerated 49 percent versus this time last year.

These retreats are atop June’s dismissal of NYPD’s legendary and highly effective plainclothes unit. No more undercover cops in New York. What could go wrong?

For the week of June 15 to June 21 this year versus those dates in 2019: Shooting incidents jumped an astounding 342 percent. Shooting victims rocketed even higher, by 414 percent.

Somehow, the hoodlums who have smashed windows, beaten cops, and opened fire on their fellow New Yorkers seem unlikely to be corrected by ceramics classes and aromatherapy.

This triumph for Antifa and Black Lives Matter foreshadows more chaos and bloodshed in New York City and, ironically, more crime and murder at the expense of the same blacks whose lives we correctly are told matter.

“You’re seeing, now, mob rule, in my opinion, and you’re seeing the City Council bow to mob rule,” said Police Commissioner Dermot Shea. “Let’s mark the date on the calendar on how long it’s going to be before we’re having a conversation about New Yorkers crying out for more police. And I think that day is coming.”

City Councilman Joe Borelli, one of that body’s three Republicans, told Fox News: “We had 102 shooting victims last week alone, and not one single bullet was fired by the gun of an NYPD officer. And yet, these are the justifications we’re using to make cuts to the force.”

Even more astonishing: several Virginia Democrats have proposed to reduce the crime of physically assaulting a police officer from a felony to a misdemeanor. This proves that they are not just stupid. These Virginia Democrats are evil.

What America needs is a rededication to smart policing, starting with robust statements of support for good cops and a commitment to root out bad ones. Improved training, the proliferation of body and squad-car cameras, and legalizing such things as outdoor drinking will reduce the chances that low-level civilian encounters blow sky-high.

Conversely, those who demolish statues, loot, riot, and commit arson must never escape the long arm of the law.

The FBI and local police departments should harvest security footage, police cameras, social media posts and citizen tip lines. Authorities immediately must identify those who went beyond peaceful protest and destroyed private and public property and wounded or killed innocent people. These scores of violent criminals need to be apprehended, prosecuted, and, if convicted, sentenced to time behind bars as guests of the state.