A TERRIFYING river of black sludge has been captured flooding through the rural US in shocking footage.

A short video posted to social media shows a rapid stream of muck and debris ploughing down a mountain biking track in Pima County, Arizona. 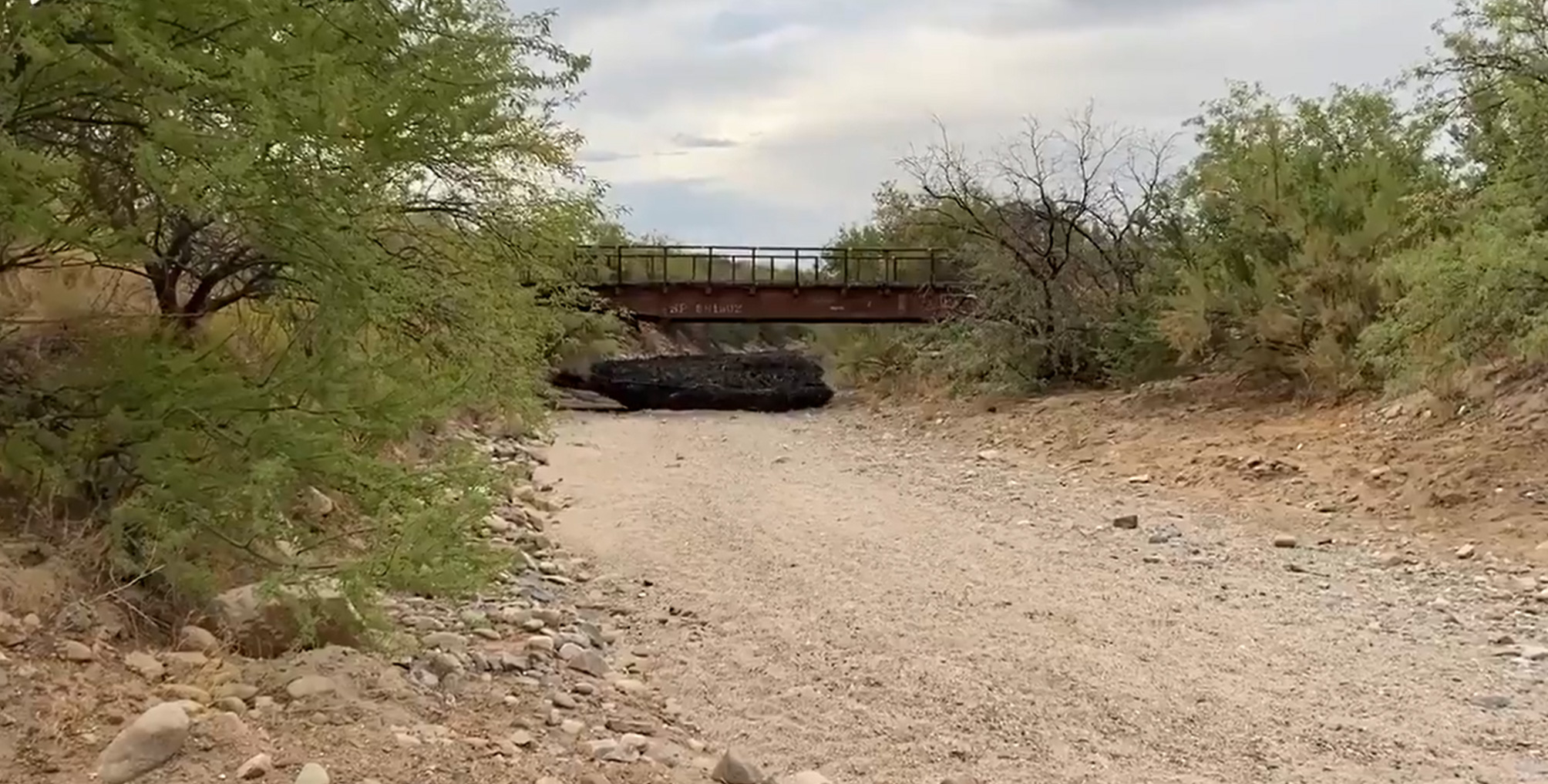 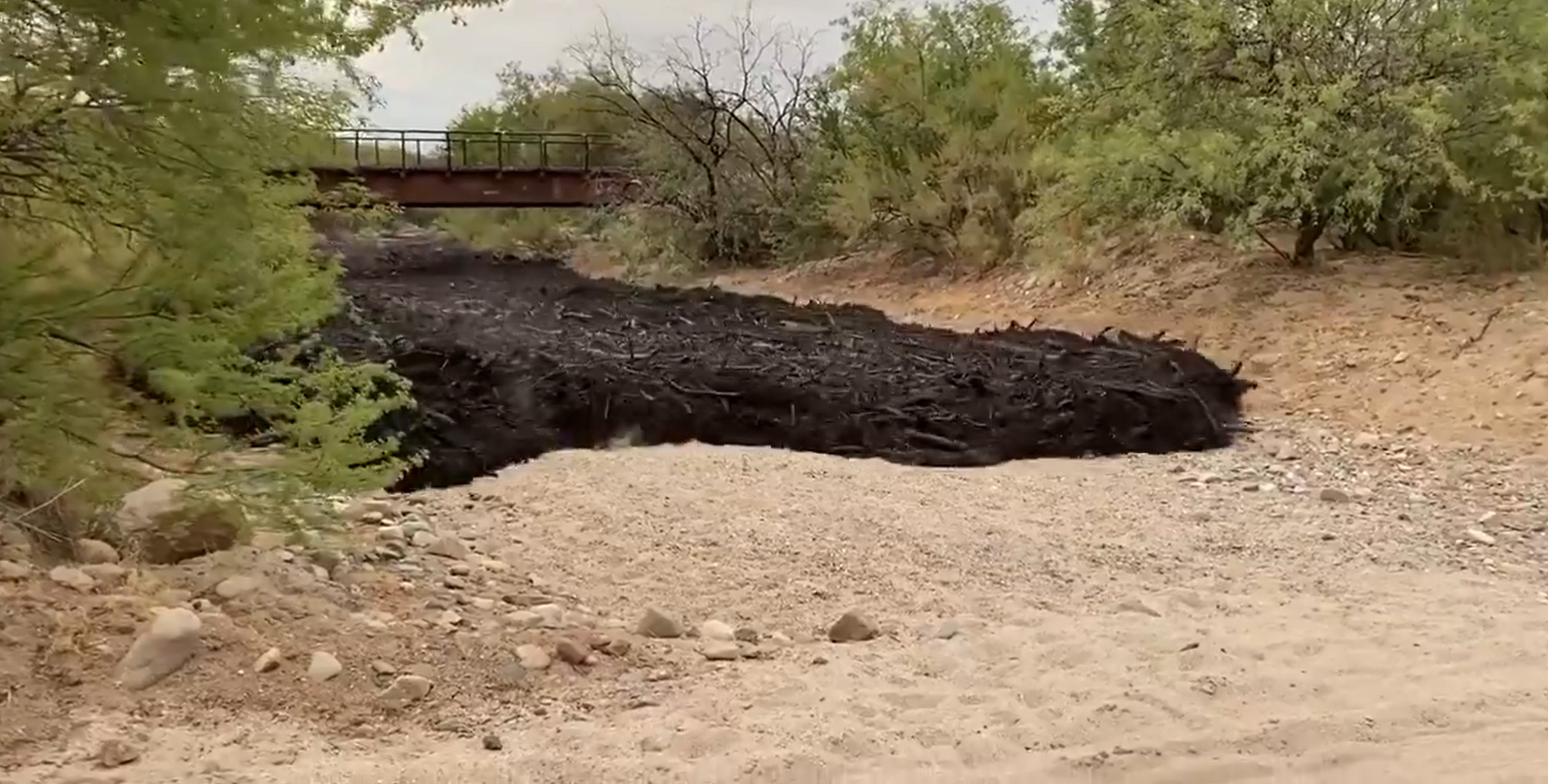 The dramatic scenes are the result of wildfires that have swept the area in recent weeks, according to the official Pima County Twitter account, which uploaded the clip.

Following wildfires, even a small amount of rainfall can create deadly torrents of what scientists call "debris flows".

"Even a light rain can produce devastating flash floods and mudflows, often with little warning." 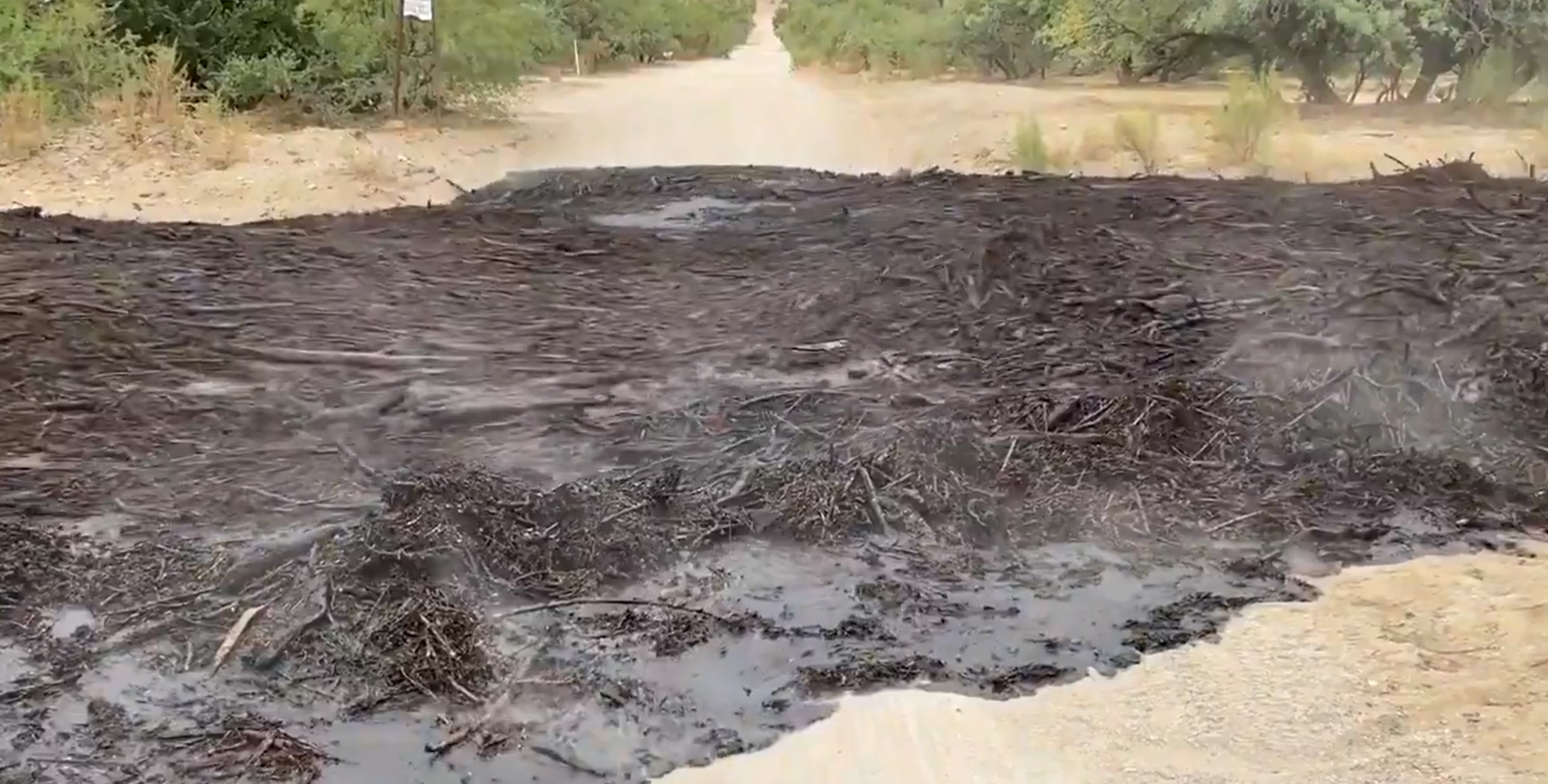 The clip was recorded on July 15 in the Cañada del Oro Wash, a drainage channel and mountain biking trail, following a minor storm.

Burned debris had built up in the region following the Bighorn Fire, a lightning-caused blazed that has raged since June 5.

There are no reports of any deaths or injuries as a result of the debris flow.

According to the U.S. Geological Survey (USGS), wildfires can alter the way that water flows over land. 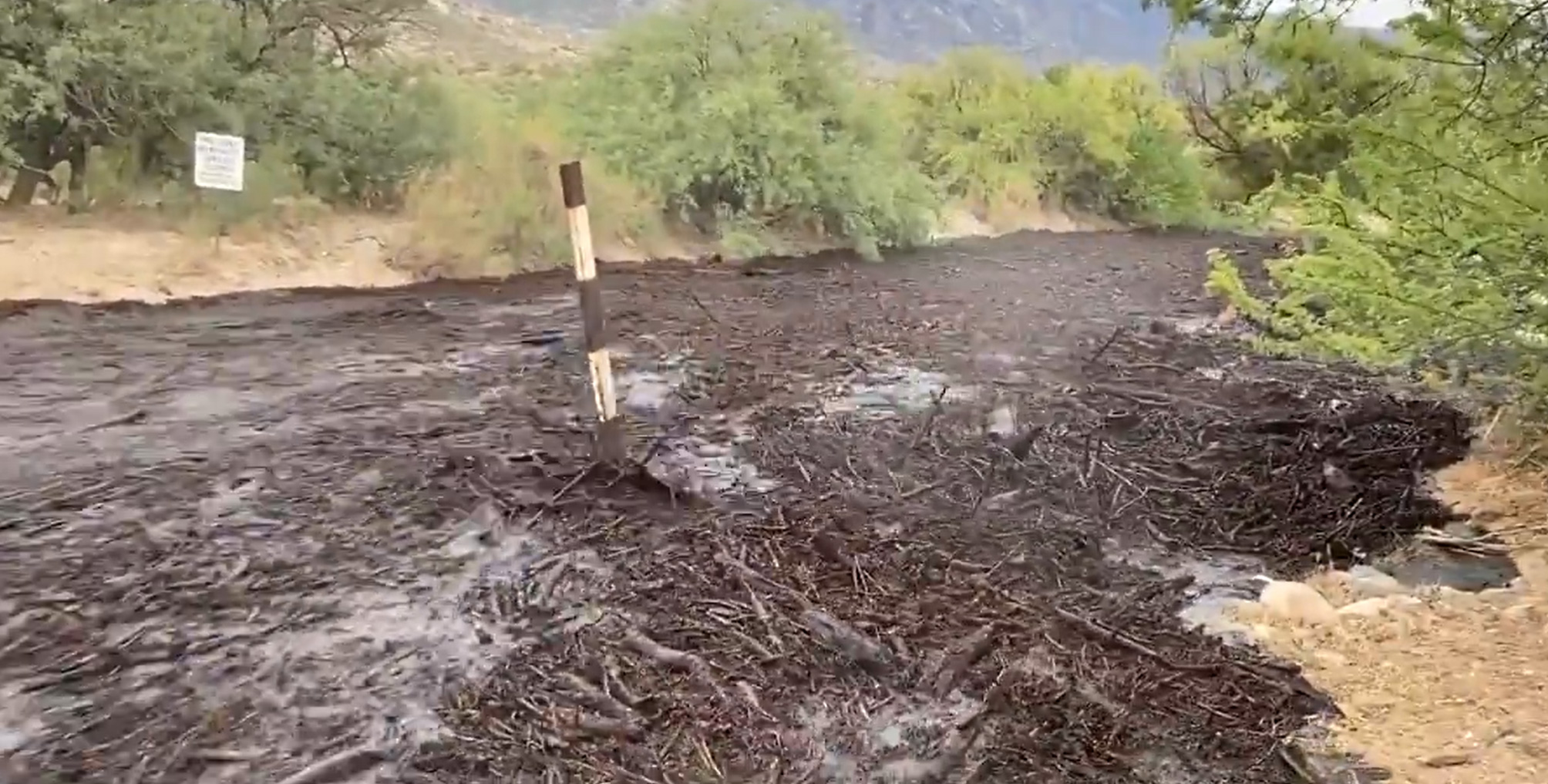 Under normal circumstances, rainwater is absorbed by soil, halting flash floods. Following a blaze, the soil is so dry that waters flow unchecked.

"Fast-moving, highly destructive debris flows triggered by intense rainfall are one of the most dangerous post-fire hazards," according to USGS's California Water Science Center.

"It takes much less rainfall to trigger debris flows from burned basins than from unburned areas. In Southern California, as little as 7 millimeters (0.3 inches) of rainfall in 30 minutes has triggered debris flows."

Flash floods and debris flows have proved deadly in the past.

In 2018, 13 people in two California towns died as a result of mud flows following the Thomas Fire.

Floods can turn roads into rivers and are a risk for years following a major wildfire.

The Bighorn Fire has spread across 120,000 ares (485 square kilometers) in the area, according to officials.

In other news, the next five years are to be the "hottest EVER" with soaring temperatures bringing droughts, floods and hurricanes.

This sea level "doomsday" simulator reveals whether YOUR home would be wiped out by rising oceans.

And experts think climate change could cause areas of the ocean to turn a "deep green" colour by 2100.

Are you worried about flash floods? Let us know in the comments!