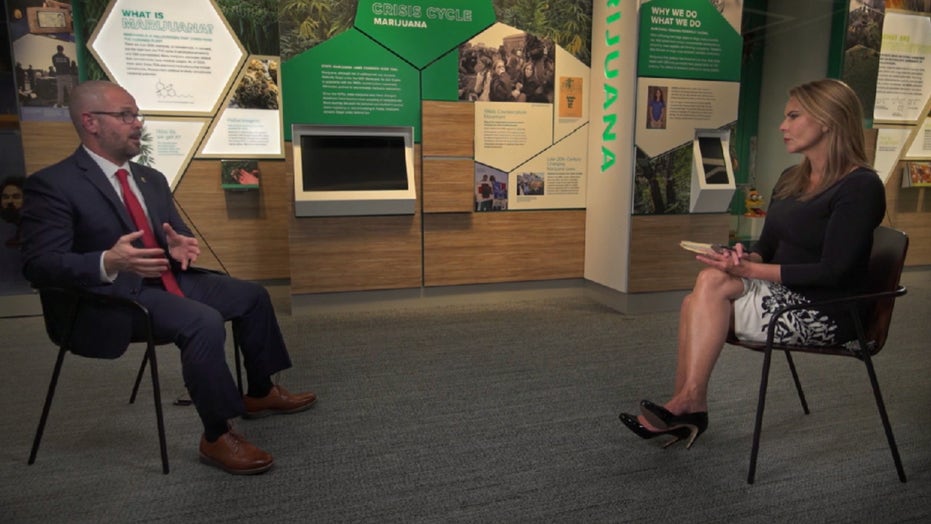 From meth and heroin to fentanyl, Lara Logan investigates the connections between the Mexican cartels and the Chinese Communists.

In the latest episode of Fox Nation’s “Lara Logan Has No Agenda,” DeLena describes the growing problem of meth in the U.S. and how China is involved.

According to the agent, Mexican cartels have partnered with the Chinese to bring the deadly drugs into the U.S.

“We know that there are organizations right now, Mexican cartels, that are manufacturing pills to look like an Adderall and mixing them with nothing but methamphetamine,” DeLena says. “We know that the people that are abusing Adderall are children. So they’re specifically targeting drugs aimed at our children.”

DeLena explains the cartels saw success with fentanyl, which could be mass-produced in a lab, mixed with other drugs and put in pill form. He says they are now trying the same thing with meth.

“Fentanyl didn’t come into our communities by mistake.”

“Fentanyl didn’t come into our communities by mistake,” he says. “We have state crime labs in places like New Hampshire that are now taking in more methamphetamine exhibits than fentanyl exhibits. That’s never happened before. But by the way, the fentanyl exhibits haven’t gone down. They’re still taking in just as much fentanyl.”

DeLena notes there’s been an “explosion” of methamphetamines, especially now that it’s becoming more common to manufacture it in pills.

“We have this new wrinkle, which is very new, which is methamphetamine and methamphetamine being produced into pills to look like something else, to hide it, you know, to get more people willing to try it,” he tells Logan.

To hear more and get more exclusive content, join Fox Nation and watch “Lara Logan Has No Agenda” today.

CLICK HERE FOR A FREE TRIAL OF FOX NATION

Fox Nation programs are viewable on-demand and from your mobile device app, but only for Fox Nation subscribers. Go to Fox Nation to start a free trial and watch the extensive library from Tomi Lahren, Pete Hegseth, Abby Hornacek, Laura Ingraham, Ainsley Earhardt, Greg Gutfeld, and many more of your favorite Fox News personalities and thrilling blockbusters.