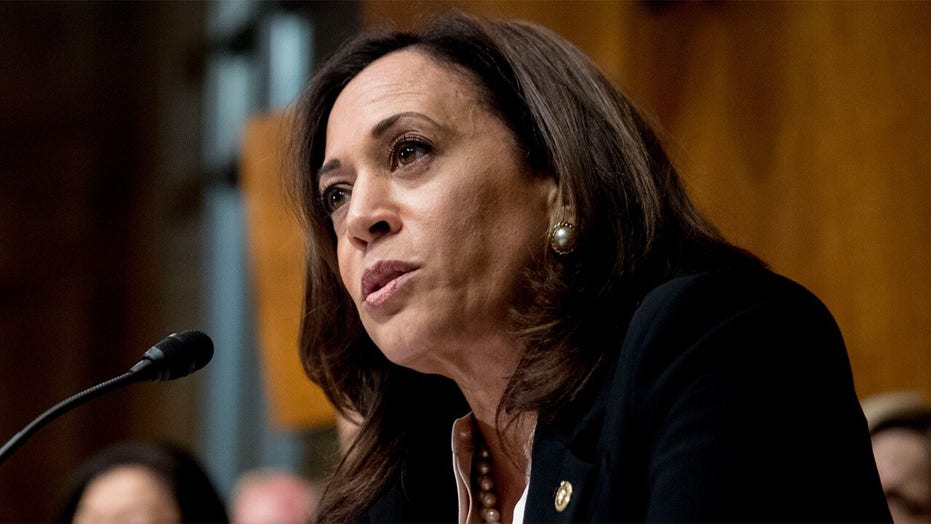 Former Vice President Joe Biden finally came out of the basement Wednesday. It was almost like a groundhog sighting, signifying less than 12 more weeks of campaign insanity.

Speaking to reporters and a TV audience at a high school gym near his home in Wilmington, Del., Biden introduced his vice-presidential running mate, Sen. Kamala Harris, D-Calif., in a socially distant announcement.

To no one’s surprised, the anti-Trump media gave glowingly positive coverage to Biden’s decision to select Harris as his running mate.

And as happens almost every day, Biden wasn’t asked any tough questions by reporters Wednesday. In fact, he and Harris weren’t pressed for questions at all.

Journalists have embraced the hidin’ Biden strategy with their own hunker-down journalism. Call it the Stelter Shelter, in honor of CNN’s Chief Media Correspondent Brian Stelter, who never asks tough questions of anyone on the left.

Biden didn’t even come out of hiding at all until early July — going nearly three full months without a press conference. A couple of weeks later, he held a news conference without any questions.

Now when Biden does meet the press, most reporters go out of their way to not make news. Biden gets enough softballs to satisfy a slow-pitch league. The questions focus on topics that the presumptive Democratic presidential nominee is making cornerstones of his campaign — race relations or the coronavirus pandemic. Anything that gives him a chance to bash President Trump.

Remember, Biden is running with the same Kamala Harris who said of his accusers in April 2019: “I believe them, and I respect them being able to tell their story and having the courage to do it.” Both candidates should be hearing that quote on replay so often that they at least have pat responses.

Or how about when Harris intimated that Biden was a racist during a debate because he opposed mandatory busing to integrate schools? She accused her now-running mate of having been on the side of the “segregationists.”

Surely that moment reflects a bit of disagreement between the two running mates. We’ll never know at this rate.

And while we’re discussing Biden’s uncomfortable record on race, why aren’t journalists hammering him on ties to the late Democratic Sen. Robert Byrd of West Virginia? Byrd was a former member of the Ku Klux Klan, who Biden described as having “elevated the Senate.”

Surely, Trump would get asked about that if he had such high praise for Byrd. In fact, reporters hammer Trump on just about everything. Watch a few minutes of interactions between reporters and both candidates, and it’s obvious who’s on Team Biden — almost all of the political press corps.

And when Biden is embarrassed by a reporter doing his job, he gets angry and lashes out in a way some would consider racist.

"No, I haven't taken a test. Why the hell would I take a test?" Biden told Barnett. "Come on, man. That's like saying you, before you got on this program, you take a test where you're taking cocaine or not. What do you think? Huh? Are you a junkie?"

Voice of America Senior White House Correspondent Patsy Widakuswara dubbed the Biden strategy “less is more.” That’s OK, he’s trying to get elected. He’s such a gaffe master that he knows he needs to hide. The problem comes when journalists accept it because they, too, are trying to get him elected.

When the news media do it, all we get is the “less is less” strategy.

NYC showing an appetite for recovery with new eating venues