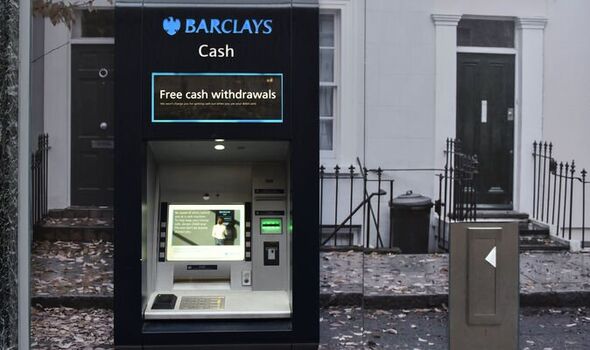 Customers who rely on cash to pay for everyday essentials are now at risk of “being cut adrift”. Consumer champion Which? has written to Chancellor Rishi Sunak warning that the consequences of being unable to withdraw cash could be significant. Jenny Ross, Which? money ­editor, said: “It really is now or never to halt the cash crisis.Though banking industry proposals for action are welcome, what’s needed most is the legislation promised by the Government to protect cash.

“This should also include ­making the Financial Conduct Authority the key regulator to protect cash services.”

The letter to Mr Sunak said: “Unless legislation is introduced urgently, the ability to access, spend and deposit cash could be permanently lost for many consumers, leaving some of society’s most disadvantaged at risk of financial exclusion with no way to pay for the goods and services they need in their daily lives.”

Jackie Mulligan, the founder of shopping platform ShopAppy, said: “Cash leaving the high street will be a blow to shoppers, especially elderly ones who may not understand new ways of paying with smartphones.”

The Government has previously said it will legislate to protect the future of cash, and Which? is calling for this to happen now.

A Treasury spokesman said: “We know that cash remains vital for millions of people and we are committed to protecting access to cash across the UK.”

Even for smaller purchases, many of us now tap our cards rather than handing over notes or coins.

Ten years ago over half of all payments were made using cash. By 2020 that had dropped to less than a fifth.

At the same time there has been a significant increase in contactless payments.

While cash usage has dropped significantly, particularly during the pandemic, it remains the second most popular payment after debit cards.

Digital payments offer opportunities for individuals and businesses, but there are many who find they aren’t the easiest option.

Older customers for example may not have the smartphones or internet access required to take full advantage while some prefer using notes and coins.

It is clear cash will remain important for some time to come and recent research from the Financial Conduct Authority found most people continue to have free access to cash locally.

Last year the banking and finance industry set up the Access to Cash Action Group. This has set out solutions which will help individuals and businesses with their cash needs.

These include the roll out of shared bank hubs, where customers of different banks can access services, as well as new, free-to-use ATMs.

Cashback without purchase has been recently expanded to cover over 2,000 shops.

The way people are choosing to pay is changing, but cash remains an important option.

The banking and finance industry is making sure it’s there for those who need it.

‘We shouldn’t be forced to use cards’

People spoke of their frustration at cash machines vanishing from the streets of Sheffield – with one fed-up customer saying: “It’s just one thing after another.”

Valerie Hill, 78, added: “Banks have closed and now the machines are going, too. It’s a concern. I prefer to use cash so I rely on the machines.

“Paying for just a loaf of bread with a card would seem odd to me.”

“Since Covid, I’ve got used to using the card. I think that’s the way we’re going. We might end up cashless but I think that would be wrong. People shouldn’t be forced into using cards.”

Barbara Pickering, 74, said: “I don’t think getting rid of the machines is a good idea – people rely on them, especially older people.

“If your local bank’s been closed and you haven’t got a machine near you, what are you supposed to do if you need cash? I’m not happy about the machines going.”

“The branches close, the machines close. You don’t get proper service from banks anymore. I changed banks because I was so frustrated but the new one is no better.”

Janice Robins, 73, said: “I wouldn’t want to see a cashless society – it wouldn’t be fair on a lot of people – though I’m not sure how many people now use cash.”

Jacqueline Green, 65, said: “I would miss cash machines, they are handy. I like using cash – you can keep track of what you are spending. Cards are all right for buying big things.”

WHICH? has identified 17 parliamentary constituencies, where more than 1.5 million people have particularly poor access to cash – meaning three or fewer bank branches and 30 or fewer free-to-use ATMs.

Trump Waves, Rolls Past Fans Gathered to Protest His Loss