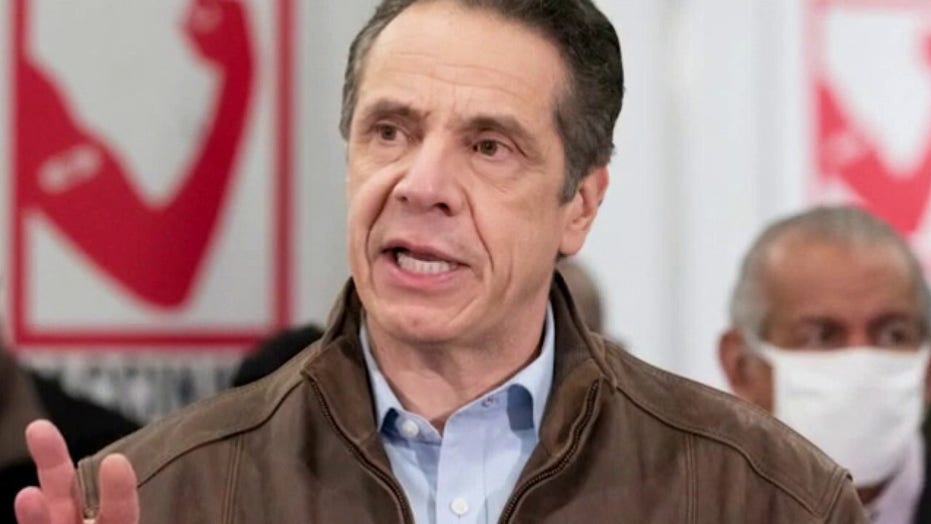 Assemblyman Kim: Cuomo wanted ‘me to lie, cover everything up’ to protect him

Kim, whose uncle died in a nursing home after exhibiting COVID-19 symptoms, spoke at the “We Care Memorial Wall” on Sunday, joining others who lost loved ones.

Kim has been a vocal critic of the governor after he claimed Cuomo wanted him to help cover up his administration’s intentional withholding of statistics of nursing home deaths. Kim claims that Cuomo threatened to have him “destroyed” after he refused to go along with Cuomo’s explanation for why the data was kept from state lawmakers.

“When I got that call from Governor Cuomo threatening me and my career ‒ my livelihood ‒ to lie for him, I wasn’t scared of his bully tactics but I was afraid that he would escape accountability,” Kim told those in attendance on Sunday. “That is why I pushed back.”

Cuomo aide Melissa DeRosa reportedly said on a call with Kim and other Democrats that that nursing home death data had been withheld from state officials out of fear of repercussions from the Justice Department. Cuomo and DeRosa then claimed that in reality the state lawmakers had been notified that their request was being put on hold while the administration was addressing a federal request, but lawmakers pushed back, denying that they were ever told about this.

Reports from the New York Times and Wall Street Journal then later revealed that Cuomo aides pushed state officials to rewrite a report, undercounting nursing home deaths by omitting those who died in hospitals and only including those who died in the homes themselves. As a result, 6,432 deaths were counted instead of nearly 10,000, sources told the Journal.

Railing against Cuomo, Kim insisted Sunday that he did not wish to focus on himself, but on getting the truth for all New Yorkers who are seeking answers

“This is about decent human beings coming together taking on the most powerful politician in the state of New York because together decency will win,” he said. “And together we will get to the truth. And that’s why I know–I know that this governor will be held accountable, that I know that his reign of abusive power will end soon. Because there are way too many decent people in the city of New York to let this guy go unchecked.”

Fox News reached out to Cuomo’s office for a response to Kim’s criticism but they did not immediately respond.

Kim also spoke out against “ageism” in society, and cited one of Cuomo’s responses to criticism over nursing home deaths, when he said in January that it did not matter where people died.

“Who in their right mind can go into a press conference and say ‘Who cares where they died?’” Kim said Sunday. “Who talks like that about older adults?”

Kim then answered: “A coward. An abuser. Someone who abuses their power would say that.”