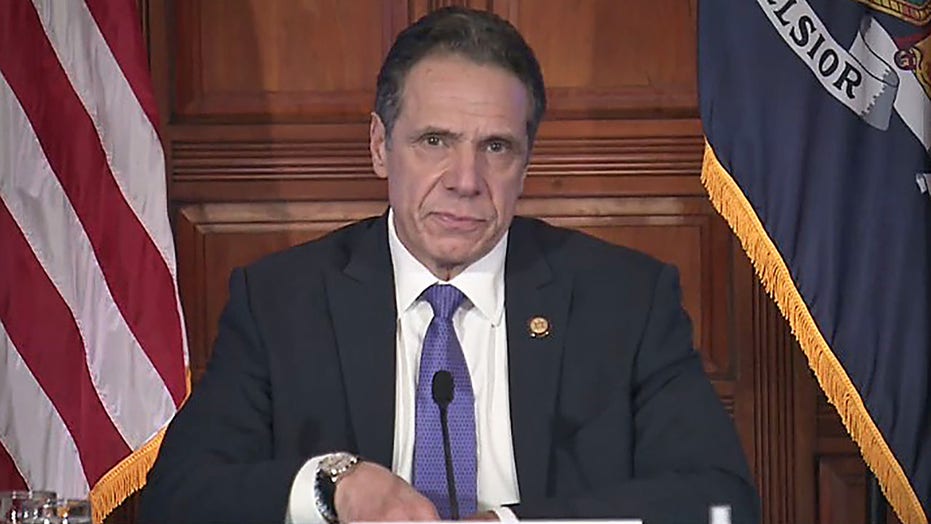 New York Gov. Andrew Cuomo said he was “not aware” that another woman had accused him of sexual misconduct, at the same time drawing a distinction between allegations against him and those against former State Attorney General Eric Schneiderman, who Cuomo called on to resign.

“I’m not aware of any of that claim,” the governor said. “I never touched anyone inappropriately. As I said last week, I never made any inappropriate advances. Said last week no one ever told. Me at the time that I made them feel uncomfortable. Obviously, there are people who said after the fact they felt uncomfortable. Nobody told me at that at the time,” Cuomo said. He then called to let the attorney general’s independent investigation play out to “get the facts.”

A reporter on a conference call had asked Cuomo for his response to an allegation from a sixth woman, who said that Cuomo inappropriately touched her at the governor’s mansion last year. But according to the Times Union, who first reported the allegation, Cuomo’s office was made aware on Monday. The woman’s identity has not been made public.

The complaint was reported to the governor’s counsel by other employees in the Executive Chamber, the Times-Union reported.

Cuomo declined to answer a question on whether he’s rethinking his run for a fourth term in 2022. He announced his plan to run almost two years ago.

“Today is not a day for politics, right?” Cuomo said. “I’m focusing on my job. My job is vaccines, getting a budget done, rebuilding New York. You don’t know any facts, right? You know allegations. You don’t know facts. Let’s operate on facts. And we have an investigation. Qualified investigators backed by the attorney general. Let’s get the facts and then we can have a discussion on the facts.”

Another reporter asked Cuomo why he called for Schneiderman to resign but didn’t believe he deserved the same treatment.

When The New Yorker published a scathing expose in May 2018 that detailed four women’s claims of sexual abuse against then-AG Schneiderman, a Democrat, Cuomo immediately called for him to resign. Schneiderman did so within hours. Cuomo cited “a damning pattern of facts and corroboration laid out in the article.”

At the time, four women alleged abusive relations with Schneiderman, saying he, often while drunk, hit them, demeaned them in bed and used racist language.

“There’s obviously allegations and then there are allegations right,” Cuomo said, insinuating allegations against Schneiderman were worse. “And there’s a spectrum of allegations. There’s capital crimes, physical violence right down to more minor allegations.”

Asked how he spoke with his daughters about the recent spotlight on his behavior, Cuomo repeated his frequent talking point: “I told them what I told you, which is I never touched anyone inappropriately. I never made any inappropriate advances. And no one ever told me that they felt at the time that I made them feel uncomfortable or awkward.”

Addressing his March 25 memo that required nursing homes to take in Covid-positive patients, Cuomo said his directive had not led to more nursing home deaths. “The March 25th memo followed federal guidance, which everybody agreed to. If the federal guidance was wrong, why didn’t they change the federal guidance? State was still following the same guidance. They still are following the same guidance. We were in the middle of overrunning a hospital system. The people were no longer contagious,” Cuomo said.

The Centers for Disease Control (CDC) at the time said that nursing homes could admit coronavirus patients, but only if they were properly outfitted to care for them. But under Cuomo’s order, nursing home operators felt they had no choice but to take in COVID patients.

The defiant governor said he did not do anything wrong on March 25. “COVID came in from the staff,” he asserted.