New York Gov. Andrew Cuomo, facing fresh criticism for his handling of the coronavirus pandemic that saw his state suffer tens of thousands of deaths within months, is blaming President Trump for the virus coming to New York in the first place.

The number of deaths in the Empire State is over 30,000, dwarfing the death tolls in other states. Cuomo has been criticized in particular for a now-reversed policy that sent COVID patients into nursing homes.

CNN anchor Jake Tapper pushed back this week in a Twitter thread against Cuomo’s “crowing” about New York’s handling of the virus. He also highlighted a poster that Cuomo had put out declaring “New York Tough” and dinging President Trump. Tapper noted what was missing from the poster.

"There are no illustrations, however, of the more than 32,000 dead New Yorkers, the highest death toll by far of any state. No rendering on that poster of the criticism that Governor Cuomo ignored warnings, no depiction of the study that he could have saved thousands of lives had he and Mayor De Blasio acted sooner, no painting of his rescinded order that nursing homes take all infected patients in," the CNN anchor continued.

Cuomo was interviewed Thursday on CNN and denied that he was “celebrating” with the poster, and shifted to a CDC study that found the virus was in New York City before Trump’s decision to impose a travel ban on Europe on March 13.

"Tapper's point, as you just heard from the CDC report, Tapper should say that Trump is to blame for the virus coming to New York because that's the fact,” he said. "That's what the CDC just said." 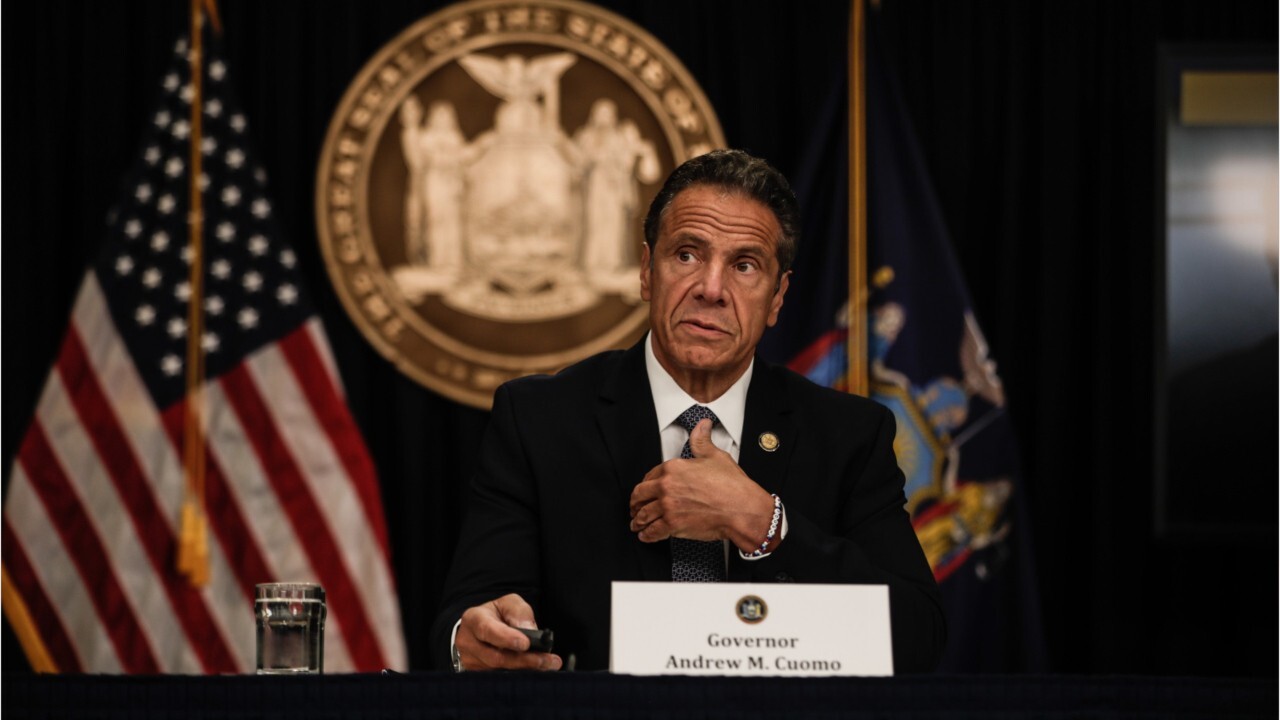 Cuomo’s office said Friday that hospitalizations have dropped to the lowest since March 19, and that there were 10 deaths in New York state on Thursday from the virus.

Trump, meanwhile, claimed Tuesday that his administration’s response to the virus “made a lot of governors look fantastic.”

“What we did in New York was one of the most incredible things: 2,800 beds in Javits Center, but the governor used very few of them, unfortunately,” he said. “Then we moved in our great hospital ships.”

He then attacked Cuomo’s nursing home policy and his handling of the virus in general.

“Thousands of people in New York died because of poor management by the governor,” Trump said. "And it’s a very sad thing to see and very sad to watch and very sad to look at those statistics."

Tesco launch first cashless store – is this the END of cash on UK high streets?