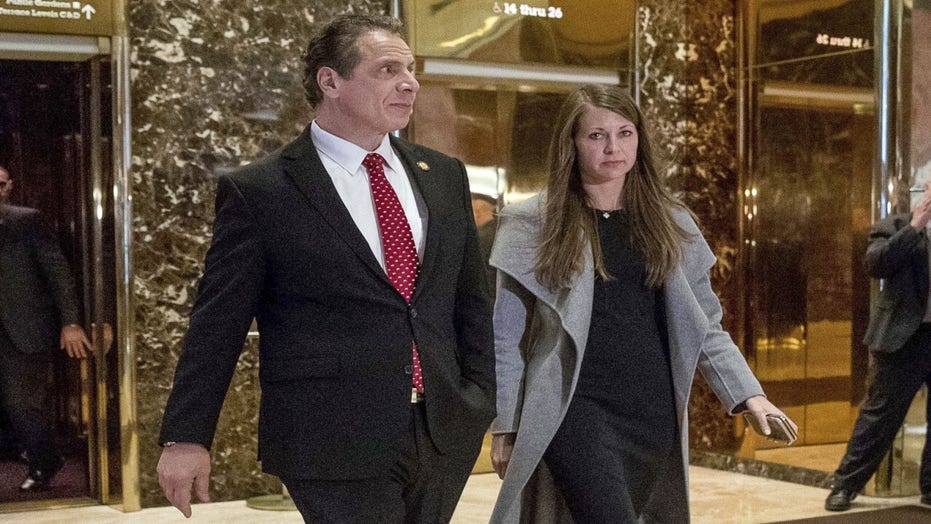 Embattled New York Gov. Andrew Cuomo’s catastrophic failure surrounding the state’s growing nursing home scandal represents a permanent stain on a legacy tainted with deceit, chaos and thousands of deaths, critics are saying — and he could be taking his younger brother down with him.

Cuomo’s nursing home controversy came under renewed focus last week when his top aide admitted that his administration had withheld the true number of COVID-19 related deaths at nursing homes to avoid federal scrutiny, as first reported by the New York Post.

The state was forced to acknowledge a death toll among nursing home residents that reached close to 15,000 after initially reporting 8,500 — a figure that excluded residents who died in a hospital.

Cuomo’s directive for nursing homes to accept patients who had or were suspected of having COVID-19 has since been deemed “one of the biggest scandals of the pandemic.” The decision created an onslaught of COVID-19 cases that infected a large part of the state’s elderly patients and resulted in thousands of deaths among its most vulnerable population.

But as New York residents began to raise questions over the surging death toll in senior care facilities, the governor’s little brother and most ardent protector, Chris Cuomo, offered him a platform on his CNN show, “Cuomo Prime Time,” to appeal to viewers by conducting playful on-air conversations, largely avoiding the nursing home scandal entirely.

“This isn’t just a government scandal. It’s a media scandal,” New York Post columnist Karol Markowicz wrote in a recent column. “For while the Cuomo administration was sentencing seniors to death, the media was busy fawning over Cuomo in a series of softball interviews, many of them conducted by his own brother.”

As grieving New Yorkers angrily awaited answers, the Cuomo brothers joked on air about trivial matters, wondering aloud which of the two would be considered their mother’s favorite child and even resorting to physical comedy when the CNN anchor presented a cartoonishly oversized cotton swab for his brother to use for a coronavirus test.

Days after the elder Cuomo reversed course and signed an executive order on May 11 stopping hospitals from sending infected patients back to nursing homes and ramping up testing for staff, he appeared on his brother’s show for a 25-minute sit-down that made no mention of the nursing home death toll.

The CNN anchor finally mentioned the controversy to his brother after ignoring it during at least 10 on-air interviews, but the governor quickly pointed to how there were nursing home deaths “all across the country” and said “we have to figure out how to do it better the next time” before the next virus wave occurs.

In a different interview, the younger brother showered the “Love Gov” with praise as New York’s leader and even admitted to his viewers, “Of course, I’m not objective” while expressing his love for his brother.

“He’s my big brother. I love him. Of course, I’m not objective, but let’s call it straight. Look at the state, look at the numbers… Yes, he’s my brother,” the younger Cuomo said at the time. “There’s no question. I can cry about it in a second, but the results are there for all to see. Was it perfect? No, you tell me what is, but look at the state our country’s in. And if you don’t think this is going to be reflected in what happens in November, then you haven’t been paying attention.”

Along the way, Gov. Cuomo emerged as a darling of the liberal media, writing a book about his leadership throughout the pandemic. Months of glowing coverage from his brother’s network even earned him an Emmy Award for his coronavirus briefings.

A bombshell development in the scandal embroiling both brothers emerged last week when the Post reported that Melissa DeRosa, secretary to the governor, told leading Empire State Democrats during a video conference call that the administration misrepresented the true number of deaths to DOJ investigators over fears that the data could “be used against us.”

Since the scandal broke, Chris Cuomo has neither mentioned it on his show nor has he tweeted about it – devoting tweets and airtime instead to the impeachment trial of former President Donald Trump.

Republicans who accuse the administration of a deliberate “cover-up” are now calling for investigations into and the resignations of both Gov. Cuomo and DeRosa. A growing number of Democrats are joining calls to rescind Gov. Cuomo’s emergency executive powers, blasting the administration’s defense of its secrecy, as his brother remains silent.

Gov. Cuomo has defended himself in the wake of the nursing home report by saying, “Everybody did the best they could.”

In a press conference Friday, he said the state followed federal guidance. “If you think there was a mistake, then go talk to the federal government,” he said. “It’s not about pointing fingers or blame, this became a political football.”