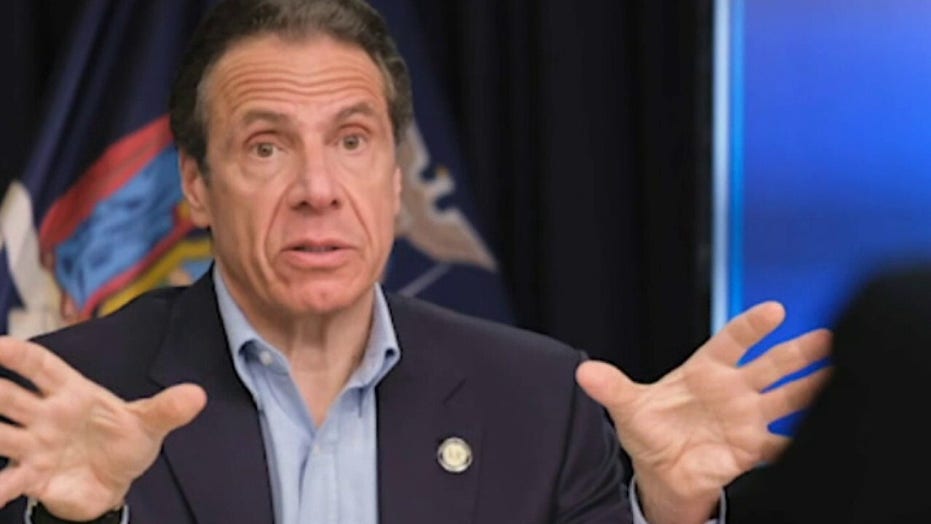 Cuomo ‘hasn’t taken any responsibility’ for his handling of coronavirus pandemic: Janice Dean

New York Gov. Andrew Cuomo on Monday announced that hospitals that don't distribute coronavirus vaccines fast enough will be fined amid growing concern that the state's strict limits on who may get a vaccine could be slowing down the process.

Cuomo dismissed those concerns, instead ratcheting up pressure on some hospitals he said are not showing enough of a sense of urgency in administering vaccines.

Late last month, Cuomo announced that he would sign an executive order upping fines for health providers that intentionally give vaccines to anyone other than who the state is currently allowing to get them.

He warned specifically that some may try to make money off the highly valuable vaccines.

He said: "Anyone who engages in fraud is going to be held accountable."

Some critics, however, have said that the state government's micromanagement of the vaccine process would slow things down. Rensselaer County Executive Steve McLaughlin said: "It's chaos out there. There state has no idea what it's doing," according to the New York Post.

The New York approach is consistent with Centers for Disease Control and Prevention guidelines and what other jurisdictions are doing to get vaccines to health care workers and the elderly first.

But others, including Washington, D.C., have been at least somewhat lenient. NBC Washinton reported Sunday that two friends were given the Moderna vaccine because a Giant Food supermarket in Northeast D.C. had doses that were set to expire. The outlet reported the Washington, D.C., health department says doses on the verge of being wasted should be given to anyone, even outside of priority age groups and occupations. 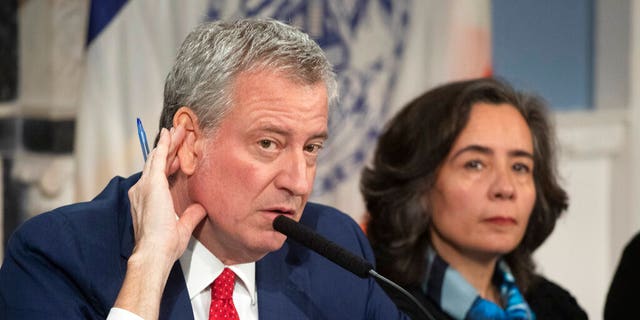 Feb. 26, 2020: Mayor Bill de Blasio, left, with Dr. Oxiris Barbot, commissioner of the New York City Department of Health and Mental Hygiene, listens to a reporter’s question in New York. DeBlasio was one of the public officials that Gov. Andrew Cuomo Monday pressured to get hospitals under their responsibility to distribute vaccines faster. (AP Photo/Mark Lennihan)

That apparent dual priority of administering vaccines fast and giving them to only priority populations spurred a question by a reporter during the press conference.

"On the one hand, you're telling hospitals to use their allotment by the end of the week or face a fine. But on the other hand, you're telling them if they mess up the prioritization they could also face a fine," John Campbell of Gannett asked the governor. "Are those competing principles there and is that in any way slowing down the vaccination process?"

Cuomo responded by slamming hospitals that have not used their allocation. 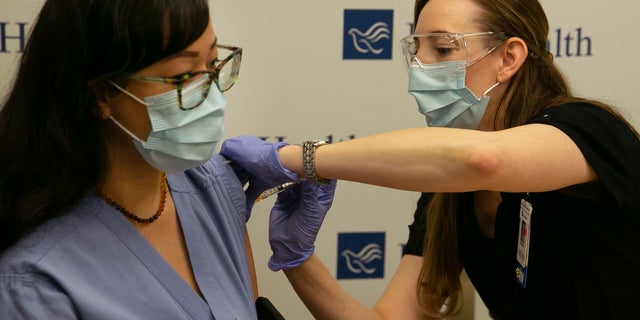 He added: "If you can't do that within seven days, then just raise your hand and say, 'I can't do this.' Fine, we'll go to a different hospital. We know what hospitals are better at administering it."

Cuomo did not directly address the second part of the question on whether or not strict limits on who may get the vaccine could be slowing down its distribution. He instead said his previous order was meant to prevent people from making money by deliberately flaunting prioritization requirements rather than if a hospital is tricked into giving an ineligible person a vaccine.

"I want to pass a criminal law to that effect. Criminal law is intent. It's not a mistake. It's not that you were defrauded. It's you engaged knowingly in a criminal act. You sold the vaccines because you could make money," Cuomo said.

Later asked about whether strict enforcement of prioritization was a contributor to delays, Cuomo did not directly answer and instead defended the state's decision of who to prioritize.

"There is no one cause," of delays, the governor said, "but let's just remember what we're doing here. The federal government sent guidance on prioritization of who should receive the first vaccines. We agreed with the federal prioritization on the top priority… it's all health care workers who come in contact with the public… because they're most likely to be infected."

He said the only excuses he's heard from hospitals is "bureaucracy and their own administration."