A Crown Resorts vice-president authorised a junior casino staff member to wire $500,000 to a Melbourne drug trafficker, while Crown withheld details of the transaction from authorities for a year.

The revelation marks the first time since the Crown scandal erupted last year that a senior casino executive has been exposed facilitating the activities of serious organised crime.

However, the ultimate beneficiary of the $500,000 was the Ma heroin syndicate, an Australian-Chinese organised crime group operating out of Melbourne.

The casino is legally obliged to tell authorities about suspicious transactions or any movement of funds over $10,000 within three days, but Crown only alerted Austrac a year after the transaction and only after West Australian gaming authorities began making inquiries about it.

The Age, the Herald and 60 Minutes have spent months tracking the transaction after being tipped off about it by a casino insider. 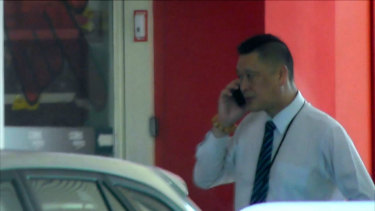 The former director of intelligence at Austrac, Todd Harland, said the $500,000 transfer displayed clear indicators of money laundering – taking dirty money and making it look clean. However, that might not have been immediately clear to Mr Ahn when he authorised the transaction.

“Taking cash and putting it through a casino and hopefully turning that into some level of winnings or at least the ability to make it look like it was winnings … that's money laundering 101.”

The money transfer goes to the heart of the allegations facing the casino giant: that it had a reckless and aggressive approach to cultivating super-wealthy Chinese high rollers which encouraged money launderers and serious organised criminals.

Leaked emails from inside Crown show Mr Anh was also part of a trusted team of senior managers who were sent to China to recruit high rollers, an activity that contributed to the October 2016 arrest and imprisonment of Crown’s China staff.

The revelations about the $500,000 transaction also raise questions for Austrac, the anti-money laundering agency which helps uphold money laundering laws but which has failed to take any meaningful action against Crown.

Law enforcement officials from multiple agencies along with former Austrac staff said the small agency had not done enough to act on the multiple indicators that Crown was enabling money launderers, with Austrac instead directing its litigation resources to high-profile actions against banks.

But sources also said the agency had alerted partner policing agencies about suspicious activity at Crown and, at least until recently, this had led to little tangible action. Austrac previously declined to comment on its dealings with Crown, but has insisted it closely scrutinises all casinos.

Crown’s initial reaction to allegations last year that it had failed in its corporate and social responsibility to counter money laundering was to argue (including with full page media advertisements) that the media expose that sparked a raft of inquiries was inaccurate. 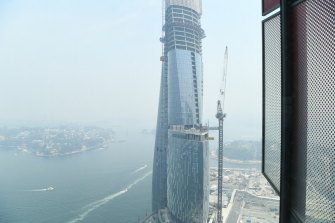 One of those inquiries, an investigation by the NSW Independent Liquor and Gaming Authority and former judge Patricia Bergin to probe Crown’s fitness to run its proposed high roller casino in Barangaroo, Sydney, opened last month. Since then, Crown executive chairman John Alexander has stood down and Crown appears to have softened its public response. The Australian Criminal Intelligence Commission is also probing money laundering at Crown and other casinos.

In response to allegations relating to the Nan Hu money transfer, Crown said in a statement: “Crown takes these allegations very seriously and has notified these issues to the relevant federal and state regulators and the ILGA (Bergin) inquiry set up to examine such matters and will assist any investigations.”

A deal made in Heaven

Hu is a criminal who was convicted in 2015 for trafficking cocaine, possessing ice and money laundering offences. Mr Anh likely knew Hu through Chinese nightclubs in Melbourne’s CBD, which Mr Anh attended with Crown high rollers and junket agents though it is not clear if he knew of his criminal past. Among the clubs was the now defunct Heaven Club. 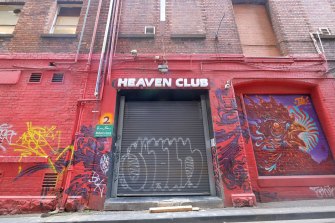 Casino records sighted by The Age, the Herald and 60 Minutes reveal that in January 2017, Anh authorised Crown staff at its Burswood Casino to transfer $500,000 to Hu from a Crown Resorts- controlled account. Hu was not an approved Crown gambler or agent, and sending him funds breached the casino’s own policies which were created to prevent money laundering.

Mr Zhou was a regular attendee of the Heaven nightclub, often going with prostitutes, drugs and Crown high rollers. He told associates he wanted to invest in the club. 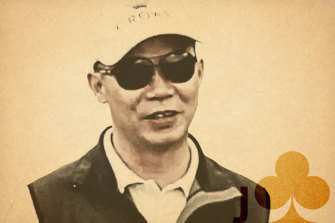 A source who worked with Crown’s security team said he had seen Mr Anh at Heaven, while other sources with knowledge of Mr Anh’s activities said he encouraged high rollers to attend. It is unclear if Mr Anh knew that Hu was a convicted drug trafficker and organised criminal when he directed Crown’s Perth staff to send him the $500,000 in January 2017. But the transaction should have raised red flags, and there was no legitimate reason for the funds to be sent to Hu.

Bank records show Hu collected the $500,000 sent from Crown from his Commonwealth Bank account in the form of bank cheques. He then gave these cheques to a company controlled by Timothy Ma, a notorious organised crime figure who was jailed for heroin trafficking in the early 2000s and who works with the Italian mafia and bikies trafficking drugs.

Mr Anh declined to answer questions when confronted at his mother’s house, and Hu has flown to China and could not be contacted.

The $500,000 transaction should have been reported by Crown to Austrac within three days but waited almost a year until West Australian money laundering authorities contacted the company about it. This meant the cash had disappeared into a criminal syndicate before it could be traced and seized.

“The customers were of such high value that (Crown was)… perhaps prepared to overlook their normal money laundering controls,” he said.

By accessing Crown internal records and other financial transaction data, The Age, the Herald and 60 Minutes has uncovered a pattern of serious organised criminals using the casino as a hub for their money laundering and criminal operations.

The Ma criminal syndicate and Hu appear to have used Crown’s high rollers and agents to fund their operations in Melbourne. Casino records show that the Ma syndicate has multiple financial ties to Crown, and the syndicate’s members had gambled millions of dollars at, and received large money transfers from, Crown’s casinos.

Hu was also behind efforts to set up a karaoke bar to cater for Crown high rollers at the site of an illegal brothel on Melbourne’s Elizabeth Street. Records show this venture too was funded by Crown’s high rollers and junket agents.

The Age and The Sydney Morning Herald’s revelations about Crown

Financial adviser Roy Moo, a licensed Crown junket representative, in 2013 used Crown to transfer $969,000 in drug money to Hong Kong. He was just one of those who helped international crime syndicate The Company exploit Crown to launder funds.

Ming Chai, the cousin of Chinese president Xi Jinping, was a Crown VVIP, implicated in crime and an associate of Zhou.

Huang Xiangmo, the political donor ASIO expelled from Australia over his foreign influence activities, was an $800 million-a-year Crown high roller and such a big punter that Crown used him as a case study of the benefits of uber-wealthy Chinese gamblers moving to live in Australia.

Alvin Chau, the chief executive and co-owner of Crown Resorts' major junket partner, Suncity had been blocked by Home Affairs from entering Australia over alleged links to organised crime.

Victorian gaming minister Marlene Kairouz announces an investigation into the “serious allegations that must be investigated” relating to Crown.

Crown’s high-roller agent partner, Song Zezhai, had been named in a Chinese court as running a large illegal gambling syndicate in eastern China that engaged in extortion.

NSW Independent Liquor and Gaming Authority announces a public inquiry with royal commission powers into the casino giant and "its close associates".

Joseph Wong, a businessman blacklisted by the UN and Australia because he funded a war criminal, was a Crown Resorts high roller who gambled millions in its VIP rooms even though he was subject to international sanctions.

An inquiry by the NSW Independent Liquor and Gaming Authority began with an outline of multiple probity and legal issues. James Packer was slated to give evidence.

Crown Resorts' most senior board member John Alexander stepped down as executive chairman as part of sweeping governance overhaul.

Tom Zhou had been arrested in January and extradited to China for suspected money laundering and corruption.

Tom Zhou in 2017 had been involved in a plan to buy the Vanuatu casino resort using a company that involved Zhou’s child as a director, along with the former chief lawyer for Sydney’s The Star casino, Michael Anderson. There is no evidence that Mr Anderson has been involved in or knew about any wrongdoing.

Crown announced a 34 per cent dive in VIP turnover in the six months to December 31, which drove a sharper than expected fall in underlying profits. It blamed “weak high-roller market conditions and negative publicity”.

Cheng Ting Kong, Co-owner of Crown and The Star’s junket partner Suncity, was on the Australian Priority Organisation Target list in around 2017, putting him among a select group of suspected regional crime bosses that the Australian Criminal Intelligence Commission has assessed “represent the top tier of groups involved in serious and organised criminal activity.”

A Crown Resorts vice president, Veng Anh, authorised junior casino staff to wire $500,000 to a Melbourne drug trafficker, Nan Hu. Crown withheld details of the transaction from authorities for a year. There is no suggestion Mr Anh knew Mr Hu was a drug trafficker.