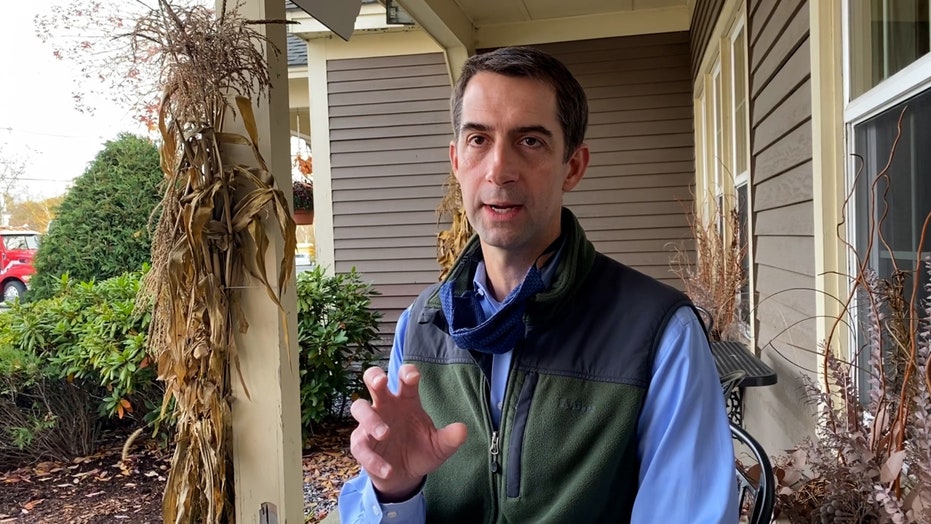 Is the Hunter Biden story on the minds of voters?

BEDFORD, N.H. – Sen. Tom Cotton, campaigning in the battleground state of New Hampshire on behalf of Republicans, took aim at Joe Biden and his family over a much-publicized story in the New York Post regarding the Democratic presidential nominee’s son, Hunter Biden.

"We do know that Hunter Biden traded on his father's public office for many years," the senator from Arkansas told Fox News in an interview on Monday. "The Biden family has cashed in substantially on Joe Biden's public office."

President Trump, his reelection campaign and surrogates, have spotlighted last week’s report to claim that Biden’s actions as vice president during President Obama’s administration were influenced by his son’s business dealings in Ukraine. The Trump campaign has launched a new ad targeting Biden over the story and on Sunday night the president charged that “as far as I'm concerned, the Biden family is a criminal enterprise.” 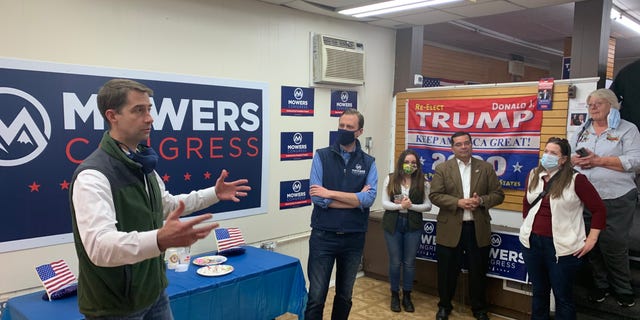 The Biden campaign and allies have blasted the report and point to the recent GOP-led Senate investigation that found no evidence of wrongdoing on the then-vice president’s part with regard to Ukraine.

Cotton, who doesn’t face a Democratic challenger as he runs this year for a second six-year term in the Senate, has been crisscrossing the country to campaign on behalf of the president and fellow Republicans.

The senator said, “I do get a lot of questions about the Hunter Biden story” from Republican voters.

But Cotton stressed that “what I hear even more about this controversy, is what big tech companies did to the censure the New York Post.”

The senator took aim at Twitter, which initially banned any links to the controversial report from the New York Post, and at Facebook, which reduced visibility of the article. The moves ignited a firestorm of criticism from Trump, his campaign and conservatives.

“Republicans and conservatives feel like these companies have declared open war on their point of view and that’s why I think it’s time to strip them of their immunity they have for any legal liability that they publish on their website and support the investigations that the Department of Justice and the Federal Trade Commission and state attorney generals are under taking to see if they violated anti-trust laws,” Cotton emphasized. “If they have, they should face the full consequences of those actions."

While Cotton’s seat is safe this year, many of his GOP colleagues in the Senate are facing challenging reelections, and the Republicans’ 53-47 majority in the chamber is in jeopardy.

But the push by the president and Senate Republicans to quickly confirm conservative Supreme Court nominee and federal appeals court Judge Amy Coney Barrett to succeed the late liberal-leaning Justice Ruth Bader Ginsburg before Election Day on Nov. 3 appears to have energized many in the GOP. 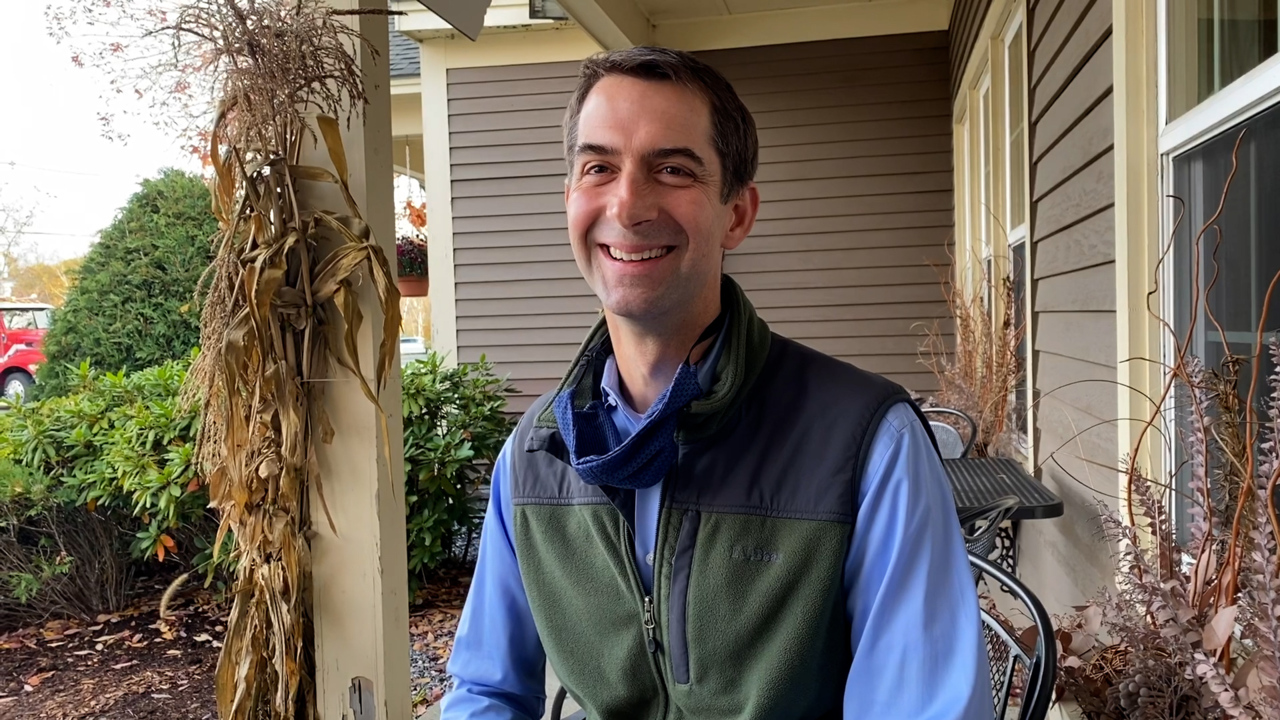 “I look at the Judge Barrett nomination as what we were sent to Washington to do in the last few elections," Cotton said. "The American people elected Donald Trump in 2016 to nominate conservative judges. And in 2018, just a month after the controversy over Justice Kavanaugh, the American people didn’t just send up back in the majority, they expanded our majority so we could continue to confirm those judges, so that’s what we’re going to do,” he said.

The senator praised Barrett, saying she “did a great job last week in her hearings. I think most Americans were incredibly impressed by her brilliance, her knowledge, her poise and her grace, and we’re going to confirm her later this week or early next week.”

And he predicted that “the American people who elected us in 2016 and 2018 to do just that will be pleased by what they saw and they’ll want to send us back again in the majority.”

The two-day swing in New Hampshire was Cotton’s second in less than three months. The senator campaigned with Matt Mowers, the Republican challenger in New Hampshire’s 1st Congressional District, and with Corky Messner, the GOP nominee in the state’s U.S. Senate race.

But besides being a battleground state, New Hampshire for a century has held the first primary in the presidential nominating calendar, and Cotton’s two trips to the state this summer and autumn have spiked speculation that he may have national ambitions of his own in 2024.

Cotton emphasized that “with the presidential race, the governor’s race, the senate race, two house races, and your own legislature at stake, this trip has really been focused specifically on trying to help elect Republicans here in the Granite State in 2020.”

But, he added, “I always love being in New Hampshire, so I suspect this won’t be my last trip to New Hampshire.”

Latest Posts
‘Vida’ Creator Tanya Saracho Launches Ojalá Productions Banner; Hires Ex-WB Exec Christine Dávila As Development Boss
Medical Workers, Long-Term Care Get Nod for First Covid Shot
Treasury Secretary Mnuchin faces harsh criticism from Democratic senators over ending Fed programs
The best Capital One credit cards of 2020 — whether you want travel rewards, cash back, or an intro APR offer
Barr Appoints John Durham As Special Counsel In Russia Probe Investigation
Recent Posts
This website uses cookies to improve your user experience and to provide you with advertisements that are relevant to your interests. By continuing to browse the site you are agreeing to our use of cookies.Ok