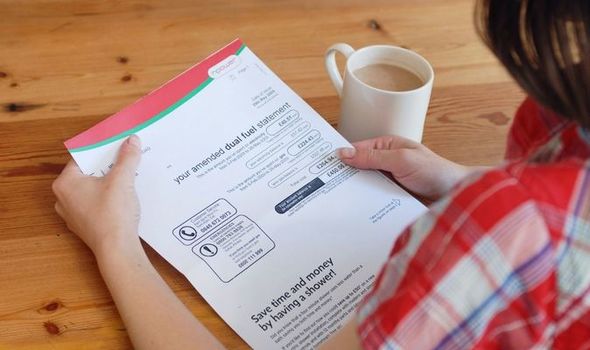 One in 10 households – around 3.2 million – are struggling to pay their basic bills, a report warns. One in five have already cut back on their food budget or turned off the heating to save money.

And a further 380,000 have just £50 left at the end of the month after covering their living costs, found the Citizens Advice study.

One of those helped by the charity is Gordon Smith, in his 60s, from Devon, who had to give up his job as an engineer when he was diagnosed with spinal cancer in 2019.

He has been claiming Universal Credit as he cannot work, but recently was hit by the end of the £20-a-week lockdown top-up. He’s struggling with bills and cannot afford healthy food.

Mr Smith said: “I don’t buy the things I need. I’m constantly looking at the bank account. I put things off as I can’t afford the petrol to drive. I feel

Worry…Dame isolated and stressed, but what can I do? I’m living in one room to keep the heat as low as possible, but everything is just mounting up.

Inflation in the UK jumped to 4.2 per cent in October – the highest since December of 2011 and above market forecasts of 3.9 per cent. Gas prices have surged 28.1 per cent and electricity is up 18.8 per cent, according to official figures.

Transport costs soared by 9.9 per cent while food and drink rose 1.2 per cent. Dame Clare Moriarty, chief executive of Citizens Advice, said: “All of us are noticing our bills go up, but for people on the tightest budgets there’s nothing left to cut back on.

“Many are getting into debt and finding that accessing crisis support like food banks is the only way to get by. Our frontline advisers are already seeing these dire consequences of the cost of living crisis.”

The charity analysed average income data against household spend on essentials to establish how many families can meet their living costs.

Some 2,000 people were then asked about the sacrifices they have to make to balance their budgets. More than a third (37 per cent) are worried about paying bills this winter. This rises to nearly half of people on low incomes.

One in 10 anticipate turning to crisis support, such as food banks or vouchers for fuel.

Low-income families have been hit by a triple whammy of the Universal Credit cut, soaring energy bills and rising inflation, says the report.

In the past three months, 73 per cent of frontline staff at Citizens Advice reported more people unable to afford food, rent and heating.

This autumn the Chancellor announced a Household Support Fund worth £500million to help tackle the cost of living crisis.

But Citizens Advice is calling for the Government to bring forward its increase in benefits by the level of inflation to this December. It would mean a rise of £30 a month for the average family on Universal Credit.

Parler — a social media app that was used to organize the attack on the US Capitol — needs to step up moderation to get back on the iPhone, Apple CEO Tim Cook says

How facial recognition went from bad TV to Big Brother