A congresswoman from Missouri claimed Tuesday night that a White Minnesota police officer accused of killing a Black man “would’ve known the difference” between her service weapon and a stun gun if shooting victim Daunte Wright “wasn’t a Black boy.”

Democratic U.S. Rep. Cori Bush made the accusation in a Twitter message, referring to former Brooklyn Center police Officer Kim Potter, who police say mistakenly used her gun instead of a stun gun Sunday, killing Wright during a traffic stop.

Bush also scoffed at the notion that “more training” for police might have prevented the shooting death.

“The 26-year-veteran cop, former president of the police union, doesn’t know the difference between a taser and a gun,” Bush wrote, “and you say more training would’ve fixed this?

“Nah,” Bush continued. “But I bet she would’ve known the difference if Daunte wasn’t a Black boy or if he was her loved one.”

“I bet she would’ve known the difference if Daunte wasn’t a Black boy or if he was her loved one.” 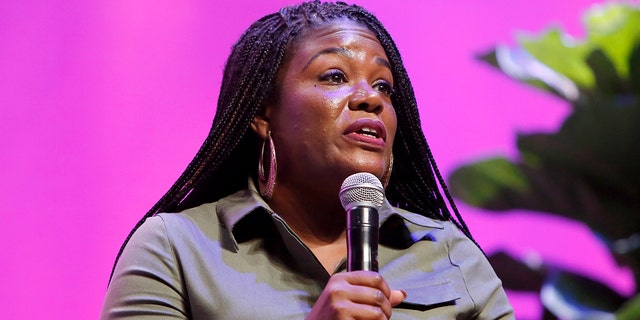 Potter was placed on administrative leave after Sunday’s shooting, in accordance with common police practice following such incidents. On Tuesday, Potter and Brooklyn Center police chief Tim Gannon each submitted their resignations.

Gannon drew fierce criticism Monday after suggesting at a news conference that Potter had used her gun accidentally instead of her stun gun.

“A mistake? That doesn’t even sound right,” Wright’s father, Aubrey Wright, told ABC News on Tuesday. “This officer has been on the force for 26 years. I can’t accept that.”

Potter having fired just one shot was an indication it likely was an error, Meyer told the newspaper.

“In a Taser situation, it can only fire one at a time, so when we have one of these weapons confusion cases that’s kind of the big clue,” he said.

The reason why Potter used a gun instead of a stun gun will likely be a key focus of the investigation into Wright’s shooting death.

Bush, 44, a registered nurse and Black Lives Matter activist, was elected to Congress in 2020. Years earlier, she participated in the response to the 2014 shooting death in Ferguson, Missouri, of Black man Michael Brown by a White police officer.

Soon after taking office in Washington, Bush drew boos from some congressional colleagues after saying the House needed to impeach then-President Trump, whom she called “the White supremacist in chief” during a speech on the House floor.

Talk to a Doctor Before Taking Hydroxychloroquine, McEnany Says