For states and thousands of local governments, Congress’ $900 billion stimulus package is about to pass with a gigantic hole in the middle.

The bill contains no new aid for state and city governments as they face down yawning deficits and the prospect of having to slash services the public needs more desperately than ever. Virtually every state has laid off thousands of employees or slashed tens of millions of dollars in crucial services. Cities large and small are on the brink and clamoring to avoid cuts to services as basic as firefighting.

Democrats have proposed up to $1 trillion in state and local aid to stanch the bleeding. But Republicans, under pressure from Senate Majority Leader Mitch McConnell, opposed a new round of state and local aid unless Democrats agreed to sweeping liability protections for businesses. The two sides tabled the question in order to pass a new package before the end of the year.

Sprawling recessions like this one put states in a uniquely difficult bind. They can’t run up large deficits like the federal government can because all 50 have some form of balanced budget requirement. They have a limited ability to borrow and rely mainly on tax revenues — which plummet at the exact moment the demand for state services spikes. States are instrumental in delivering unemployment benefits, and funding public health care and food pantries. The COVID-19 pandemic adds the extra burden of forcing states to take on extraordinary costs like personal protective equipment, contact tracing and new protocols for dealing with the virus. 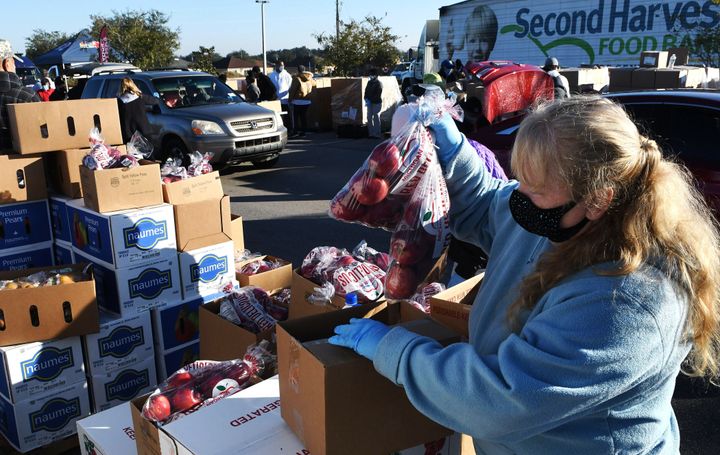 Experts warn the lack of federal assistance will be disastrous. State and local governments employ 1 out of every 7 U.S. workers. During a recession, they are instrumental in funding and distributing food assistance, unemployment benefits, health care and direct aid that keep families in crisis from falling into poverty. In better times, they are essentially “little stimulus machines,” in the words of economist Heidi Shierholz, as they run the bulk of the infrastructure the private sector depends on.

During the Great Recession, Congress’ failure to provide enough aid to struggling states and localities caused the unemployment crisis to drag on an additional four years.

“We just made this mistake. It would be less utterly infuriating if we hadn’t,” said Shierholz, who is a senior economist and the director of policy at the progressive Economic Policy Institute. During the Great Recession, she said, “it’s very straightforward and simple that austerity, severe austerity at the state and local level, caused by not getting enough federal aid, delayed the recovery by years. It didn’t have to be that way, but we made policy choices that allowed it.”

Do you have a story about how COVID-19-related budget cuts are causing suffering in your city or state? Send a tip: [email protected]

Already, policymakers are repeating those mistakes. The first COVID-19 stimulus bill, the CARES Act, set aside $150 billion for state and local governments, a number that seems huge but was nevertheless far short of covering overall shortfalls.

Nearly every state has responded with massive budget cuts. What that looks like varies from state to state. But the pain reliably falls on the most vulnerable. Washington state has sought cuts to its interpreter services, hospice care and dental care for Medicaid patients. Kansas has trimmed its education budget of some school mental health programs.

In Wyoming, a fossil fuel state where plunging oil prices have created a $400 million shortfall, the governor concentrated severe cuts on its health department. The $135 million in cuts include eliminating programs for infants and children with developmental disabilities and in-home care to prevent disabled and elderly people from being forced into long-term care facilities.

And nearly every state and U.S. territory has laid off, furloughed or imposed a hiring freeze on government personnel, every state’s largest expenditure. Nationwide, more than 1 million people who worked in local government have lost their jobs since the start of the pandemic, according to November Labor Department statistics.

For a budget crisis this dire, “you really have to go where the money is, predominantly K-12 education, health care, transportation, higher education, and corrections,” said Brian Sigritz, the director of state fiscal studies for the National Association of State Budget Officers.

“Every recession has this devastating push and pull on state and local governments,” said Richard Auxier, a senior policy associate at the Urban-Brookings Tax Policy Center. “This one is even worse. The unemployment rates are worse, the economic ramifications are worse. People are without jobs, or they need Medicaid, TANF” — a cash benefit for low-income families — “or some other state and local assistance. The minute states’ revenues drop because of an economic downturn is the minute the demand for their services goes up.”

Some states have responded with ruthless cuts to the social safety net: In Wyoming, one reason the governor concentrated such severe cuts on the health department was to avoid steep cuts for the state’s prosecutors and law enforcement.

Pain from the recession is so widespread that advocates are hopeful for state and local aid in another stimulus round. Sens. Bill Cassidy (R-La.) and Joe Manchin (D-W.Va.), two members of the bipartisan group that drove the latest stimulus negotiations, both hail from states that missed out on the direct aid for cities contained in the CARES Act, making advocates optimistic that they can convince them of the need for more aid. The pandemic’s unprecedented impact on travel hit states as varied as Wyoming, by way of plummeting oil prices, and New York, with its devastated leisure, service and hospitality industries.

Many cities are even worse off than states, because they rely on states for a good chunk of their annual budget and because they could not access the CARES Act aid without state approval.

“Every community I’ve spent time with has said, ‘We need more today,’” said Irma Esparza-Diggs, the senior lobbyist for the National League of Cities. “Either they’re already gone through their relief funds working to meet the most basic human needs, or they used them providing a lifeline to businesses. It’s not a question of if they need more stimulus, it’s a question of how much, and how much more urgent will the situation get.”

If not, the most painful cuts may be yet to come. Because COVID-19 first surged in many states when they were ending their fiscal years, cutting jobs a few weeks before the budget turned over wasn’t enough to close the chasm. Now, at the beginning of many states’ fiscal year, is when cutting a job locks in “savings.”

A second round of cuts will invariably cause unpredictable downstream effects. In Washington state, many programs are already hamstrung by the need to reassign as many state workers as possible to the COVID-19 response.

“It really cuts our program down to the bare bones,” said Paul Throne, who oversees the state’s distribution of WIC, a federal aid program for infants, young children and pregnant or nursing women. The program has all but suspended outreach and some breastfeeding support efforts. If other departments continue to be stretched thin, the program could lose even more staff to COVID-19 relief efforts.

It’s one of countless examples of how austerity can make it even more difficult for ordinary people to get federally funded benefits, like food stamps, that are distributed by the states.

When COVID-19 hit, most states saw a huge surge in food stamp applications but didn’t have enough staff to keep up. In Virginia, where the food stamp caseload has grown by more than 30,000 since March, a government hiring freeze has caused intractable delays for new applicants.

“It’s a crisis. Every day you’re not able to process their application is a day that that family goes hungry,” said Duke Storen, commissioner of Virginia’s Department of Social Services. Other states are going further and cutting the staff that oversee food stamp distribution outright, Storen said. “In the new year, I think it’s only going to get worse.”

Sen. Chris Coons: The Joe Biden that I know is a man of faith