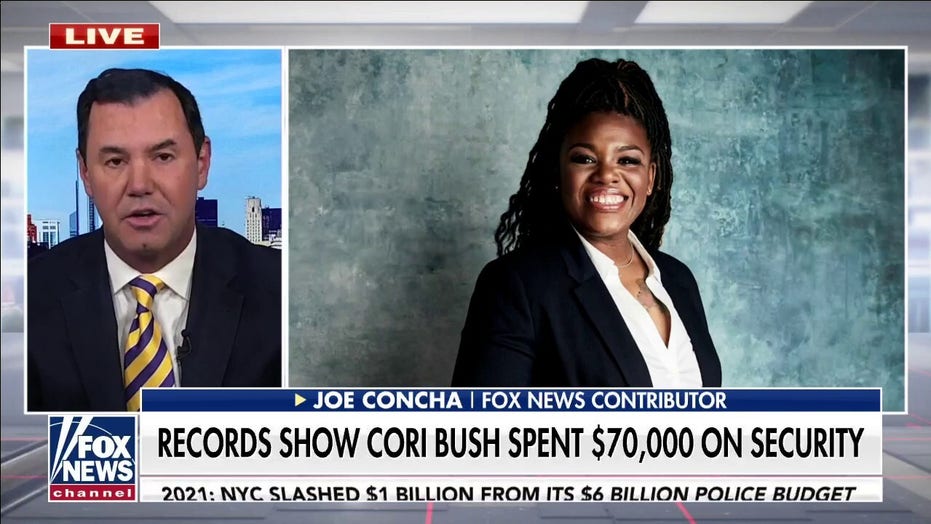 Concha rips pro-defund police Dem Cori Bush for spending nearly $70k on security: ‘Rules for thee, not for me’

Fox News contributor Joe Concha on the hypocrisy of the ‘defund the police’ movement.

Fox News contributor Joe Concha on ‘America’s Newsroom’ Monday ripped ‘Squad’ Missouri Rep. Cori Bush for the hypocrisy of pushing to defund the police while paying $70K for her own security.

‘HYPOCRITE’ REP. BUSH WANTS TO DEFUND YOUR POLICE, WHILE DISHING OUT $70K ON PRIVATE SECURITY: GOWDY

JOE CONCHA: One point on Cori Bush — she’s a squad member, of course. Democrat Missouri congresswoman. Where does the money come from that she is spending? It does not come from her own pocket …. It bears repeating. It comes from her own campaign donors.

Meanwhile, in St. Louis, it also bears repeating the homicide rate was at its highest it’s been in five decades. U.S. World News Report ranked St. Louis as the fourth most dangerous city in the country. Only Memphis, Puerto Rico, and Flint, Michigan rate worse. What does Ms. Bush want to do? Defund the police while protecting herself. Rules for thee and not for me, guys. 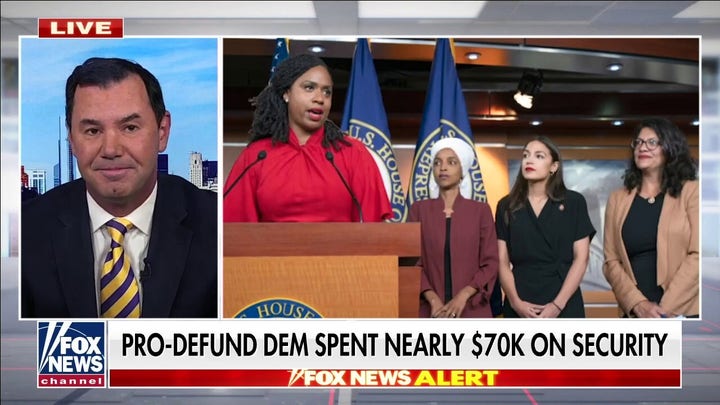 How much is Trump really worth?