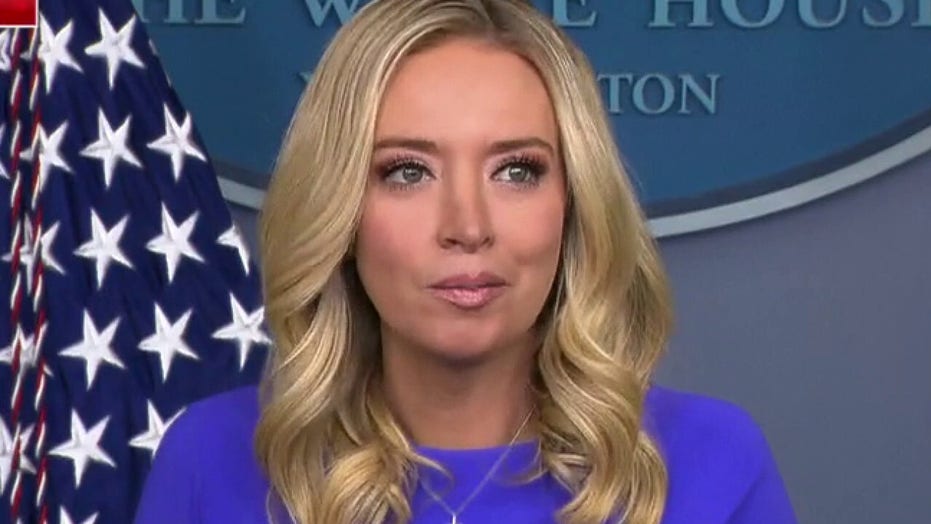 CNN’s Don Lemon, who the liberal network bills as an “anchor,” not an opinion host, dismissed White House press secretary Kayleigh McEnany with the term, “Girl, bye,” on Tuesday night.

Lemon played a clip of McEnany telling reporters that President Trump has ongoing litigation regarding the results of the 2020 presidential election, which appeared to irk the CNN anchor.

“Do you know she worked for – girl, bye,” Lemon said, presumably referring to when she was a pro-Trump pundit on CNN.

“Girl, bye,” Lemon repeated as he stared intensely into the camera.

“Bu—bye,” he said again with a dramatic sigh. “So much disinformation from the podium. Every day, it’s like, comes out, reads propaganda, talks about what the media is doing, criticizes the media, this is what you should be covering.”

Lemon then brought up McEnany’s time as one of the few conservative voices on the liberal network.

“You used to sit here with us on the set. I think we got it. When you sat here with us, you thought we had it. You were happy to be here and now we don’t know what we are doing. Girl, bye,” Lemon said.

“Girl, bye,” which Lemon repeated multiple times, is a slang term popular with teenagers. According to Urban Dictionary, it’s “used to dismiss a comment or an accusation by another person. Could also be directed to a guy.”

Lemon wasn’t the only CNN personality who scolded McEnany in their own personal way on Tuesday following her criticism of the media during Tuesday’s briefing.

As McEnany left the podium following her criticism of the media, CNN’s far-left White House reporter Jim Acosta shouted, “Isn’t it hypocritical for you to accuse others of disinformation when you spread it every day?”

Acosta, who has emerged as a hero of the anti-Trump resistance for his snarky and combative approach to questioning the Trump administration, was seemingly proud of his latest outburst because he tweeted multiple clips of the comment within minutes of the briefing’s conclusion.

Matthew Perry is selling his ‘kickass Malibu house’ for $15M