Like many a tech journey, musician 3LAU’s crypto obsession began with the Winklevoss twins. The electronic dance artist hit it off with the brothers in Mexico while touring with Avicii, and then flew to LA to hang out with them during the Grammys.

“They were talking about Bitcoin. And I, of course, had no idea what this thing was in 2014,” 3LAU said Wednesday evening on the “The Good Time Show,” a popular room on the buzzy audio-only Clubhouse app.

That’s a far cry from where 3LAU is today. This week he sold 33 non-fungible tokens, or NFTs, for over $11.6 million. The tokens could be redeemed for things like special edition vinyl 3LAU albums, unreleased music, or unique experiences.

The news of such a sale has reverberated around both the music and the crypto worlds.

“I’ve gotten at least 10 times the amount of text messages than I did on my birthday,” he said. “I haven’t slept for like the past four nights.”

In other words, as anyone on Clubhouse knows, the NFT craze is in full swing.

NFTs are unique digital collectibles that cannot be destroyed or duplicated and are stored using blockchain technologies, the same kind of tech that underpins Bitcoin. The term NFT is basically a catch-all phrase for a type of immutable digital asset — NFTs could be collectible digital sports cards, crypto artwork, virtual real estate, etc. Investment in NFTs has blown up recently, with musician Grimes making $5.8 million by selling her digital collection WarNymph and an art collector selling a 10-second video for $6.6 million.

For artists, NFTs let them make much more money, monetizing the true impact of their work. It offers far more pay than the low fees they typically make from streaming services.

“Does the emotional value you get from songs really equal a third of a cent if you really love it?” 3LAU said, referring to the pittance artists make from streaming.

Instead of selling his music for $.03 per stream, NFT marketplaces allow fans to bid on his work, with the new price presumably reflecting the actual impact of the piece.

“There’s this huge discrepancy between the emotional value people receive from music and what’s actually being paid out from a streaming platform,” the artist said.

VC Marc Andreessen, one of the moderators on “The Good Time Show” (and a long-time proponent of all things blockchain and crypto), gave the example of designer sneakers: if you pay $300 for designer sneakers, only $5 of that cost goes towards materials — so why pay that extra $295?

NFTs aren’t exactly new, but there’s been a ton of increased attention in recent months. 3LAU attributed this to the pandemic.

“COVID obviously influenced this massive migration to the digital space in a way that we never could have predicted,” 3LAU said. “All of a sudden owning something that’s digitally native was cool.”

Basically, the pandemic threw everyone headfirst into the digital world. Instead of buying physical art, people bought NFTs. Instead of going to a bar to tell friends about their new art, people logged onto Clubhouse. 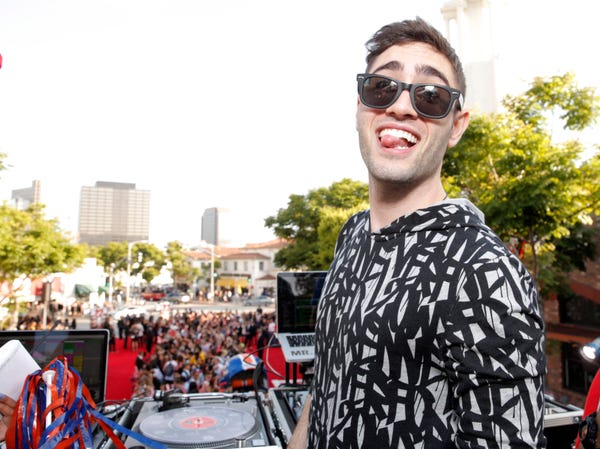 The importance of Clubhouse in the NFT industry

Given the rise of Clubhouse during the pandemic, it’s probably not surprising that it’s become a hub for the NFT-savvy and the NFT-curious.

“The Good Time Show” was one of many NFT-related rooms happening on Wednesday night. At any given moment on the app, you’ll see rooms about NFTs and art, NFTs and music, NFTs and pretty much anything you can think of.

“The importance of Clubhouse capturing the energy of the current zeitgeist cannot be understated,” Zach Quezada, founder of LADZ Crypto Network, told Insider. “When I entered crypto and discovered NFTs, there wasn’t an easy way to go about learning all of this information, so these new entrants have that advantage.”

Quezada, who hosts NFT-related Clubhouse rooms, says the app allows people to easily connect with experts and become a part of the crypto community.

“Just yesterday we had two random participants from Ecuador connect while in the room and actually plan a potential NFT collaboration,” he said.

But, in some ways, Quezada’s Clubhouse rooms are an exception on the app. He’s been in crypto since 2016, investing in some of the first projects built on the blockchain technology Ethereum, like CryptoKitties and Decentraland.

And that leads to a crucial part of Clubhouse’s role in the NFT space: not every NFT room is led by equally qualified people. As NFT photographer Justin Aversano put it, “literally anyone could create a room about NFT.”

“It’s just hosting a space for anyone to spew their thoughts and not actual wisdom,” Aversano told Insider.

He says people who have never “minted” — which means create — an NFT, or people who don’t understand blockchain technology, are doling out inaccurate information on the app. Quezada said some crypto experts are frustrated.

“I’ve definitely felt an undercurrent of contempt from the more veteran people in the industry about the lack of experience of some of the moderators hosting these room — some of whom came to my colleagues as early as two weeks ago asking what Ethereum was,” Quezada said.

Because Clubhouse conversations happen in real time, they’re incredibly difficult to moderate. The app has become a hotspot for misinformation before, with users spreading inaccurate information about the COVID-19 vaccine.   (Clubhouse did not immediately respond to a request for comment.) 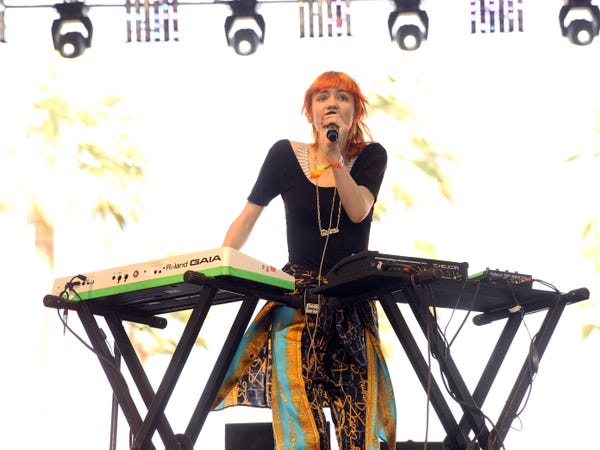 The consequences of misinformation in the NFT space can be financially disastrous. After a series of high profile sales, people are flocking to NFT marketplaces like OpenSea to buy up NFTs and sell them quickly for a big profit.

However, Brian Fakhoury, an analyst at Underscore VC, says this isn’t a good idea.

“NFTs are a low velocity asset like traditional artwork,” he told Insider. “Unlike cryptocurrencies, which for the most part you can buy and sell without much delay, you can often wait days or even months to sell an NFT.”

If people take bad advice or don’t understand what they’re buying, Fakhoury said they might “try to speculate on an NFT and be left with a worthless asset that’s impossible to sell.”

Above all, 3LAU emphasized the importance of people buying NFTs that “actually make them feel stuff” — not just to make money.

“I am not selling it, because I love it. Because it represents something that’s meaningful to me,” he said. “And I will hold that for the rest of my life and hopefully pass it on to my kids.”

He warned that disingenuous people — the ones trying to cash out on the newest fad — could break something beautiful.

“Buyer beware,” 3LAU said. “This is a new age. And this is not about making money. It’s about expression.”

Bernie Sanders: ‘Unfair To Say Everything Is Bad’ About Cuban Revolution