UNVERIFIED video allegedly shows the Chinese rocket plunging back to Earth before crashing into the Indian Ocean near the Maldives.

The 18-second clip being widely shared on social media appears to show a trail of smoke going across the sky allegedly from the crashing Long March 5B.

?Follow our Chinese rocket live blog for all the latest updates… 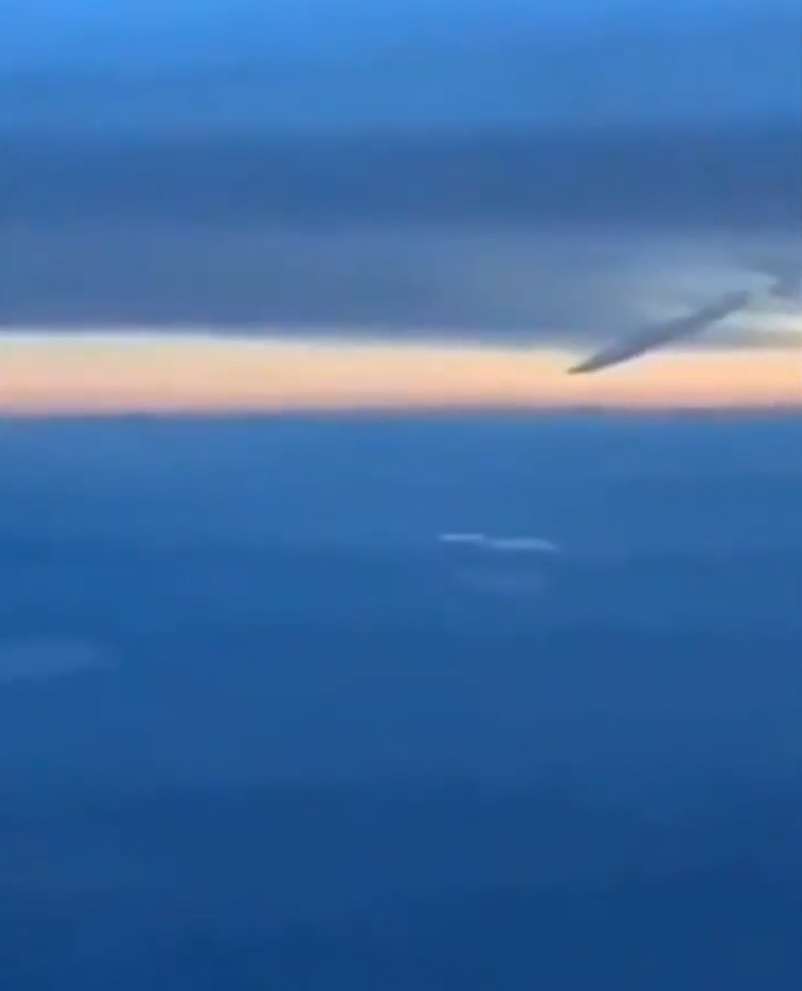 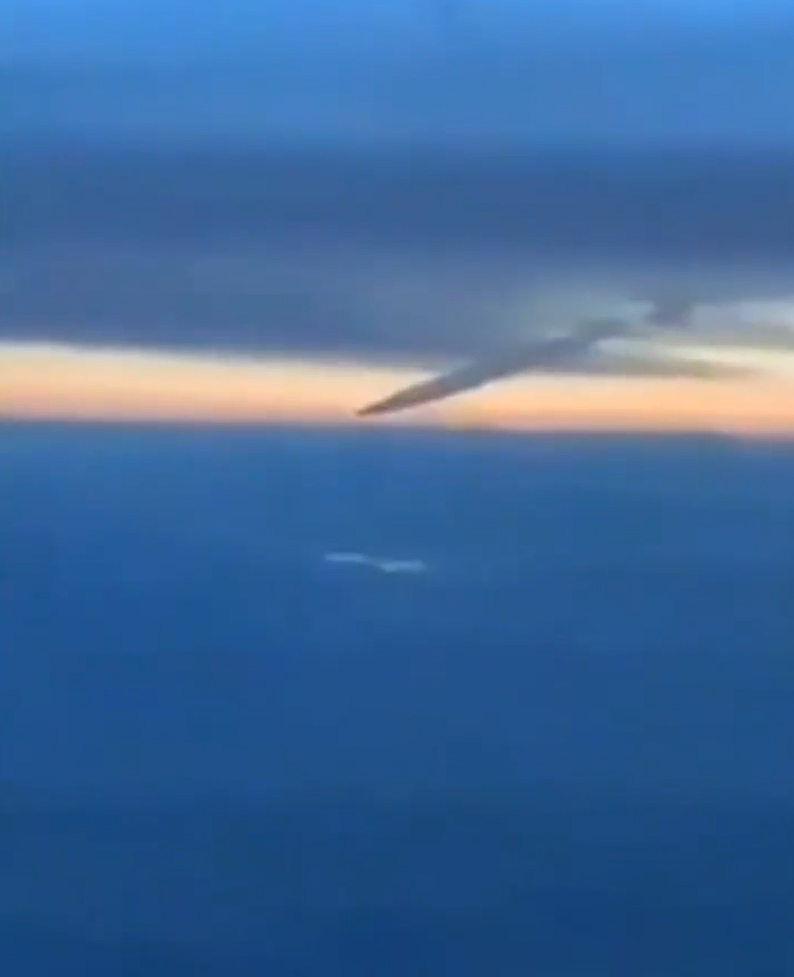 China's out-of-control rocket booster captured the world's attention as people turned their eyes to the skies to cry catch a glimpse of its plunge.

Scientists originally feared it could hit land, or possibly even an inhabited area, but thankfully the 21-ton wreckage seems to have crashed harmlessly into the ocean.

Videos are being uploaded allegedly showing the rocket fall – but most of them remain unverified.

And one of the most striking clips shows a curve of smoke hurtling from the sky, but it remains unclear if it shows the Long March 5B.

The footage includes English speakers in the background with American accents – and whoever is filming the video appears to be in an aircraft.

These facts do not appear to match up with reports the rocket fell near the Maldives, and the fact aircraft were warned to stay away from the plunging space junk.

Upon closer inspection – the "rocket" in the video also appears to have blinking lights like an airplane.

And while the video claims to show the moment it hits the ocean, its unclear if the deep blue is actually the sky, meaning the video was filmed from a high altitude.

One of the earliest uploads of the video appears to have been by Egyptian newspaper Al-Masry Al-Youm, and Reuters news agency includes the clip in a video package rounding up alleged sightings of the rocket. 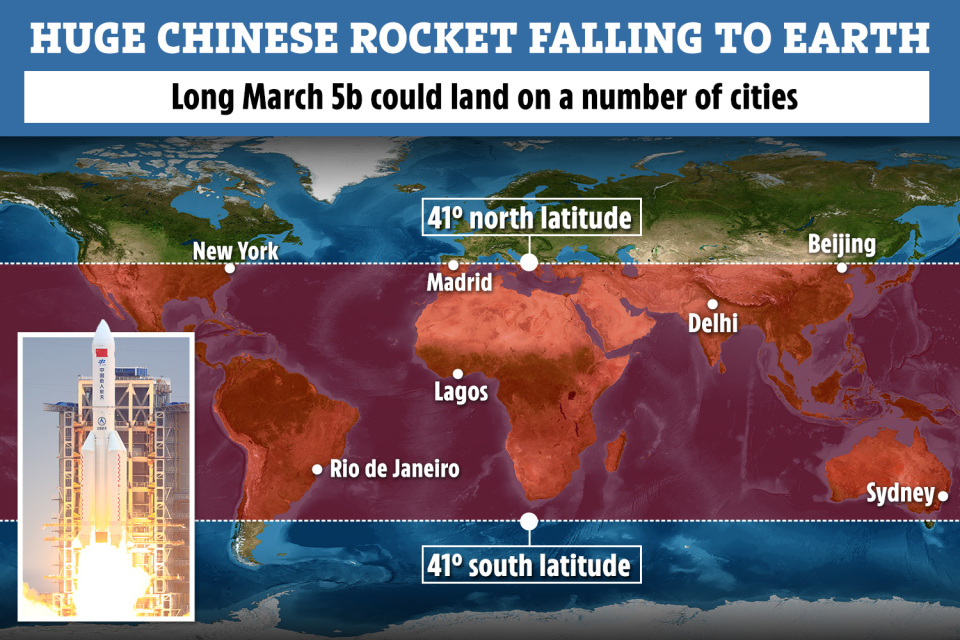 Long March 5s are heavy rockets developed by China to be a cornerstone of its space ambitions.

It can carry weights of up to 55,000lbs into low Earth orbit, and 31,000lbs into geostationary orbit.

The two stage rocket is similar in capability to the US Delta IV Heavy – and is regarded as the third most powerful rocket in the world after the Delta and SpaceX’s Falcon Heavy.

Seven of the rockets have been launched – with one failure back in July 2017.

China has another seven launches planned – including two more delivering parts to an under construction space station in 2022.

The rocket booster which fell back to the Earth was part of a mission to help construct China's new space station called “Tianhe” which means “Harmony of the Heavens.” 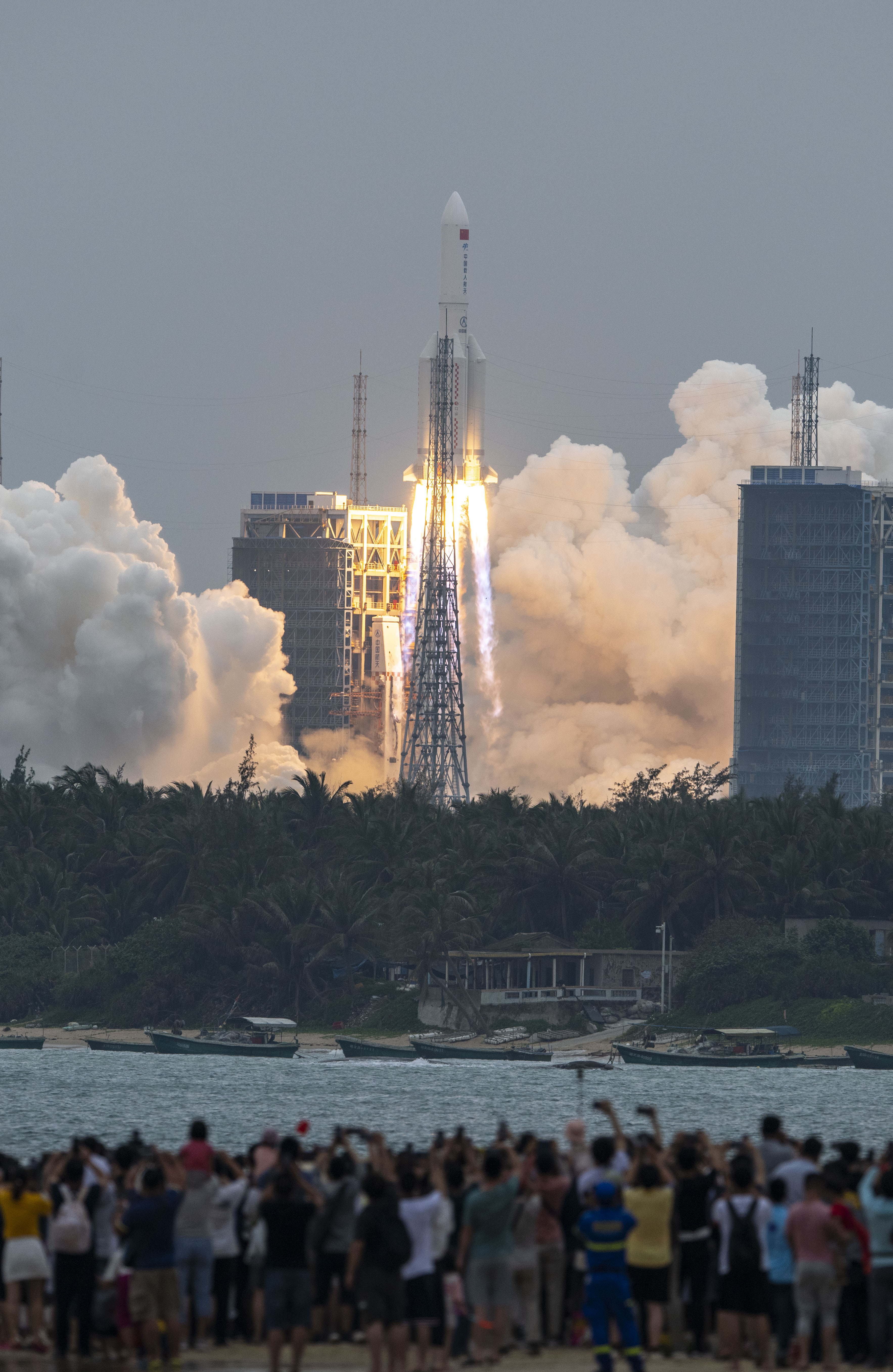 US Space Command have cast doubt on China’s claims that rocket crashed into the Indian Ocean near the Maldives.

The agency said the rocket had “re-entered over the Arabian Peninsula”.

It did not confirm the landing point reported by Chinese media, and instead said that it was “unknown if the debris [had] impacted land or water”.

However, monitoring service Space-Track – which uses US military data – said the object was recorded over Saudi Arabia before falling into the ocean.

US officials had been critical of China’s handling of the rocket fall, branding the nation irresponsible.

“It is clear that China is failing to meet responsible standards regarding their space debris.”

Experts have used the rocket fall to call for further regulation on how space junk is managed – pointing out the wreckage poses a threat to ships in orbit, and those back on Earth.