Some 8000 kilometres from Hubei province – where this coronavirus outbreak began – once-thriving Asian food districts in Sydney and Melbourne have been turned into “ghost towns”.

Outside a small eatery in Sydney's Eastwood, a suburb with a large Chinese community, a chalk board tries to reassure and lure in customers with words written in Mandarin: "The restaurant has been sanitised!" 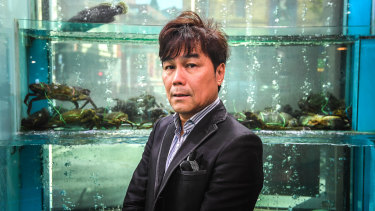 Business is down 70 per cent since late January when the first case of the novel virus was reported in Australia, according to Lily Zhou, 39, who owns the Shanghai-style restaurant with her husband. If things continue as they are now, Zhou said she can only stay in business "at most three months".

Australia’s travel ban on Chinese visitors and students, and a misdirected fear about gathering in public places, is having an outsized impact across the restaurant industry. Many Chinese Australians are still stranded in China after the Lunar New Year holidays, or staying behind closed doors in self-quarantine.

China Bar restaurant in Box Hill, in Melbourne’s east, has followed others in closing its doors at lunchtime because too few people are eating out. His restaurants in Doncaster’s Westfield shopping centre are also struggling.

“We will have to close them if things don’t pick up. A lot of people will be out of work. We don’t want to see them suffer,” Mr Qwah said. "We should really be going out and living our normal lives and not be too concerned … there's no need to panic."

The crisis has prompted chefs and owners to take to social media and call for public support. They are also asking landlords for rent rebates as patronage plunges in the wake of the outbreak. 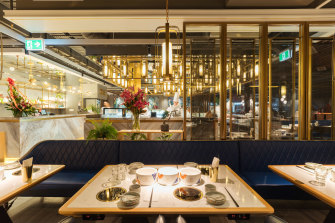 Dolar Shop in Sydney’s Chinatown has experienced a 60 per cent fall in trade.

“The industry that I love so much is in need of help – Chinatown and Glen Waverley are ghost towns right now, diners are staying away because of fears of illness,” Melbourne-based chef and restaurant owner Jerry Mai said in a recent Instagram post.

At one of Ms Mai’s Vietnamese-themed eateries – Bai Hoi in The Glen shopping centre in Melbourne’s east – trade is down 80 per cent. “I’m putting my hand up – my businesses are suffering and I need help,” she said.

Ms Mai said trade had picked up slightly since her public appeal, but it was not enough.

“It’s been incredible how people have stayed away from these areas due to the fear,” she said when contacted. “If they don’t start coming out again, a whole lot more restaurants will close.”

The coronavirus cloud settling over Sydney and Melbourne is concentrated in both city's CBDs and suburbs like Eastwood, Hurstville, Burwood, Chatswood and Hornsby in Sydney, and Box Hill, Glen Waverley and Doncaster in Melbourne.

“It’s a mirror image in both cities,” said Complete Retail Services consultant Lawrence Brown. “I don’t think any Chinese restaurant is immune from it.”

Melbourne's Shark Fin House earlier this month was forced to close after a rapid 80 per cent drop in customers led to 40 staff and 10 casuals being laid off.

“We want to send a strong message that Chinese business and restaurants are safe and need the support of the community at this time more than ever,” he said.

For Philip Wu, manager of the Dolar Shop hot pot restaurant in Sydney's Chinatown, lifting the travel restrictions which have stranded hundreds if not thousands of Chinese Australians on the mainland and decimated the tourist trade, is vital.

"If the government says 'OK, we'll stop the ban on the flights, and the people can travel to Australia,' then I think the business will go up very quickly, because tens of thousands of Chinese people will be coming back," said Wu, 43, who has experienced a 60 per cent drop in business and has asked his 100 workers to cut their hours to four days a week.

There seems little immediate prospect that will happen, with Australia's National Security Council reviewing the ban on people entering the country from mainland China on a week-by-week basis.

Mr Brown, who represents owners in negotiations with landlords, says even upmarket restaurants, like Sydney's Rockpool Bar and Grill, are being affected.

"My restaurants in Eastwood are down 90 per cent. Eastwood is probably the worst affected area in Australia," he said. "They’ve been burnt for three weeks. They might be able to stay open another two or three weeks and then there will be mass closures."

"There’s no reason not to go to a Chinese restaurant," he said.