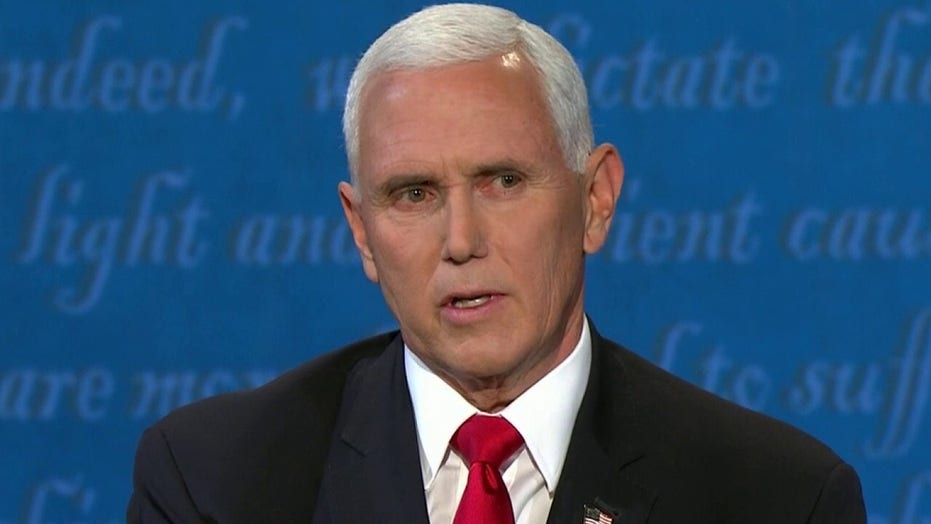 Mike Pence: China is to blame for the coronavirus

China’s censors blocked live coverage of the vice presidential debate Wednesday night when Mike Pence was asked a question about the communist nation, according to Canada’s Globe and Mail.

“The interruption, which cut the debate signal to display colour bars for nearly three minutes, affected only a small number of people in China with access to channels like CNN, which is available in some hotels and residential compounds but not in most homes,” Globe and Mail Asia correspondent Nathan VanderKlippe wrote.

“The censorship offered a vivid example of Beijing’s willingness to excise information it cannot control, even when it involves potentially important insights into relations with the country’s largest trading partner,” VanderKlippe continued. “Censors in China have always paid acute attention to domestic events, allowing a robust exchange of opinions on many social and cultural topics, but moving quickly to block criticism of the country’s leaders, discussion of historical events like the Tiananmen Square massacre or any conversation that could involve organizing resistance to the government.”

VanderKlippe tweeted images of the alleged censorship, which involved a screen featuring color bars and the all-caps message, “NO SIGNAL PLEASE STAND BY.”

CNN International did not immediately respond to a request for comment.

According to VanderKlippe, the message appeared on screen after moderator Susan Page asked Pence if China is a competitor, adversary or enemy on the heels of President Trump declaring the nation would “pay a big price” for its role in the coronavirus pandemic.

“The video feed returned after Kamala Harris, the Democratic candidate, was asked a similar question. She attacked Mr. Trump’s pandemic response and enumerated some of the costs to U.S. workers from his trade battles with China. She also described Mr. Trump as less popular overseas than China’s President Xi Jinping, whose name she badly mispronounced,” VanderKlippe wrote.

“The exchanges offered little of substance on China,” VanderKlippe added. “But China’s censorship of international news ensures the only information formally allowed into the country offers a skewed view of Beijing’s role in the world.”

The Globe and Mail is considered a prominent newspaper north of the border and the Beijing-based VanderKlippe is among its most accomplished reporters.

According to his newspaper bio, VanderKlippe served two terms on the board of the Foreign Correspondents Club of China and “been recognized by the National Newspaper Awards, National Magazine Awards, the Canadian Association of Journalists, Amnesty International, The Society of American Business Editors and Writers and The International China Journalists Association.”

During the debate, viewers who weren't watching the censored version heard Pence slam Democratic presidential nominee Joe Biden for being a “cheerleader for Communist China” while saying the Trump administration, which wants to “improve” relations with Beijing, will “hold China accountable” for the novel coronavirus.

Pence said China is “to blame” for the coronavirus and “President Trump is not happy about it.”

“China and the World Health Organization did not play straight with the American people,” Pence said. “They did not let our personnel into China…until the middle of February.”

Pence added: “But China has been taking advantage of the United States for decades, in the wake of Biden cheerleading for China.”

Meanwhile, Sen. Kamala Harris, D-Calif., slammed the Trump administration over the trade war with China, claiming that the U.S. lost jobs in the midst of it. But Pence fired back and said Biden "never fought" the trade war when he was in office.

“Joe Biden has been a cheerleader for Communist China over the last several decades,” Pence said.

East Asia poverty could rise for first time in 20 years due to the pandemic, World Bank says