Supply shortages have a way of derailing your whole day, especially when it’s something so precious as liquid gold.

No, not gasoline — Chick-fil-A’s special sauces.

Ongoing logistics and labor shortages have led the chicken chain to put a limit on the number of sauces customers receive to one per entree.

“Due to industry-wide supply chain disruptions, some Chick-fil-A restaurants are experiencing a shortage of select items, like sauces,” a company spokesperson told Insider. “We are actively working to make adjustments to solve this issue quickly and apologize to our Guests for any inconvenience.” 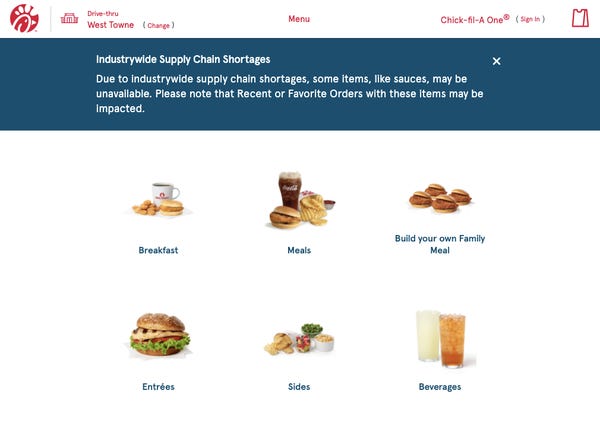 An announcement on the company’s online ordering platform alerts customers of the issue, and orders are automatically limited to choosing one sauce per eligible menu item. 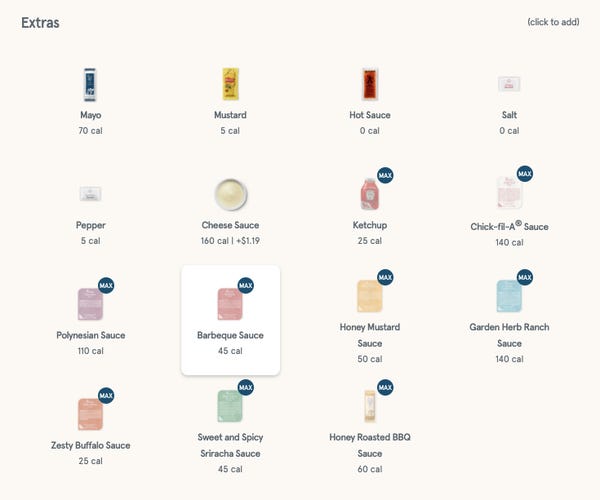 One Reddit user posted an email that appeared to be from a restaurant manager at one location instructing staff “Please, do not guess” when handing over packets of condiments, saying that guests who would like more than four portions can purchase a bottle separately.

Read more: What It Costs to Open a Chick-Fil-A

On Twitter, fans of the brand said the rationing was more of a problem for them than the gasoline disruptions this week that resulted from the hacking of the Colonial pipeline.

“This is honestly worse than the toilet paper shortage of ’20. We live in dark times, brothers and sisters,” said Reddit user u/fourtwentyniceguy.

Remarkably, the national shortage of actual chicken appears not to have affected Chick-fil-A so far, and the company says its supplies of that menu item remain strong.

The brand’s sauces have proven so wildly popular — even spawning a number of copycat recipes — that the company started selling bottles last year at select restaurant locations and in grocery stores in ten states.

The company said this packet shortage is not affecting the availability of 16-ounce bottles of Chick-fil-A and Polynesian sauce, which are available nationwide as of this spring.