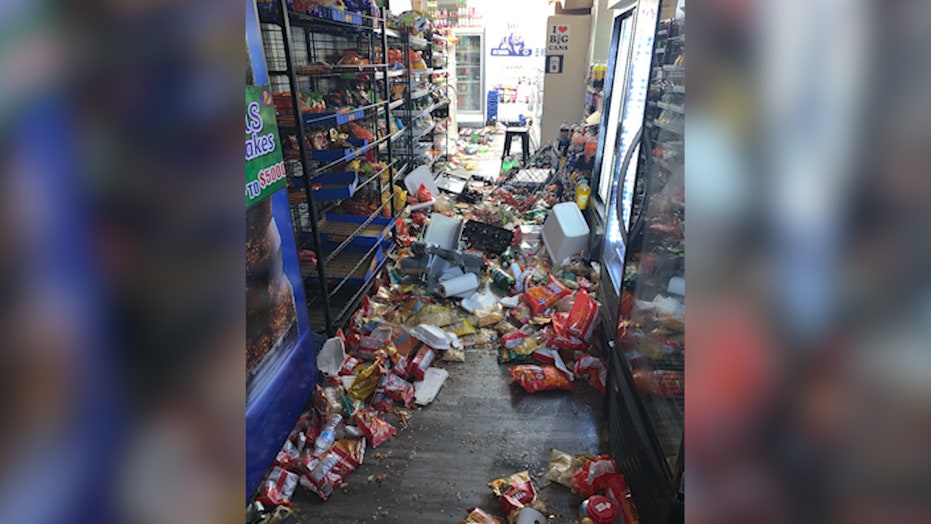 A convenience store owner in Chicago’s central business district has been looted twice since May and said police took more than ’25 minuets’ to answer his call, allowing looters to break in and destroy his business.

The recent looting in Chicago has devastated local business owners who have had their stores vandalized and robbed. One convenience store owner has suffered this fate not once, but twice.

“I've been through a lot. A lot of drama, a lot of stress. I don't know what I'm going to do," Mohammad said, whose store is in the central business district in downtown Chicago. He is just one of many business owners reeling with the realities of looters all while dealing with the economic crisis caused by the coronavirus.

The store owner said he watched for 25 minutes as looters broke their way through his store’s metal door, but "but no one came to stop them," because police were overwhelmed across the city.

Mohammad asserts, “Officers are seeing what is going on but are doing nothing.”

“No one responded, nobody to protect my business. That's the first thing I want to know — who's going to respond for that?” Mohammad said. “I want to see who are responsible for this.”

If the widespread looting and unrest doesn’t end soon, the business owner is afraid he may not be able to recover and reopen his store.

According to Mohammad, he has spent at least $300,000 repairing his store the first time it was looted and wants to know that the city will keep his property safe before he makes any new repairs again.

“I want to know, are we protected or not? I want them to take care of the small businesses,” said Mohammad.

On Thursday, the city’s police superintendent said looters in Chicago might have gotten away with a lot of crimes last weekend but that won’t happen again.

“We are going to deploy all tactics necessary to prevent and stop looting,” Brown said. “ … We’ve increased our numbers, we have extended our hours that our officers work. There’s an increase of 1,000 officers that would normally be here.”

Mohammad questions why his and other local businesses are being targeted when they have nothing to do with this issues that have caused so many to take to the streets.

“[I want to know] what my business has to do with it. If you have something against the officers or whatever, then why you come to break in our businesses, why you destroy us for?” said Mohammad. He plans on suing the city of Chicago for taking over “25 minutes" to respond to his call.

Rep. Massie slams Nancy Pelosi for mask fines: 'A tyrant and a hypocrite'