Many workers in Chevron’s vast West Australian gas business have been harassed, bullied or discriminated against but are loath to report it after successive waves of job cuts have left them fearful of speaking up, according to an independent report.

Almost half of the workers surveyed had been bullied at work in the past five years, nearly a third experienced sexual harassment and almost as many had been harassed in other ways. 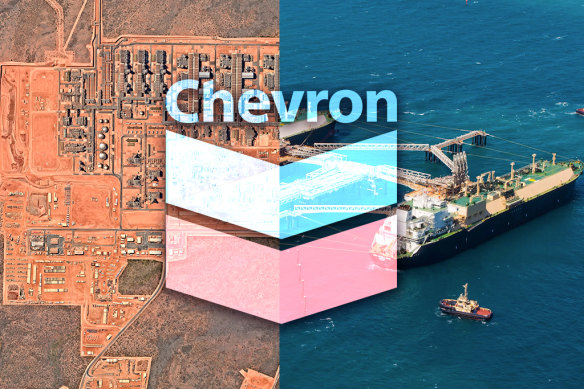 Bullies most commonly humiliated their coworkers, undermined their work, or continually and unjustly criticised their work.

Chevron commissioned the report, released on Tuesday, from consultancy Intersection after the WA parliament’s 2021 inquiry into sexual harassment against women at fly-in fly-out worksites.

Most of its about 1800 employees and a similarly large but fluctuating number of contractors work at its Perth office or fly in and out of its Gorgon and Wheatstone gas export plants in the Pilbara.

Chevron Australia managing director Mark Hatfield said he was truly sorry to anyone who experienced inappropriate behaviour while working for the US multinational in Australia.

“What is clear is that bullying, harassment and discrimination occurs in our workplaces, and not everyone feels confident in reporting these incidents,” Hatfield said.

“We accept the report and are determined to take meaningful action.”

Intersection found there was a high tolerance at Chevron for relatively low-level behaviours, especially sexual harassment, that were dismissed as joking or banter rather than being reported as inappropriate.

One female employee on her first day on site was asked by two people if she was single because “the guys” wanted to know.

“At work, at camp, in the mess, people would just come and chat to you and ask you all sorts of questions about your private life,

While the survey found many Chevron employees rated it a better workplace than most in the resource sector, several rounds of redundancies had left many feeling dispensable and undervalued and in a short time corroded their commitment to the company and trust in its leadership.

“Of course, the workforce reviews have changed everything,” one employee said

“Now you’re lucky if you have a job, and it’s every man for himself.”

The fear of losing their job in any future round of redundancies made some workers reluctant to report inappropriate workplace behaviours they saw or experienced.

Many of the 417 workers interviewed said managers failed to act on complaints that were made.

“If you are going to suck the life out of Thalanyji country (where the Wheatstone plant is located) and that is literally what you are doing here, your employees should be trained in cultural awareness properly,” an employee said.

Efforts by Chevron to increase workplace diversity, especially gender, have met with resistance from some.

“The only acceptable form of discrimination in this place is against white, middle-aged men,” one employee said.

In issuing such a fierce and damning report, Chevron has followed in the footsteps of iron ore miner Rio Tinto, which in February revealed what it described as shameful behaviours across its global operations.

There is no evidence that Chevron and Rio Tinto’s workplaces are worse than other large resource companies.

The Morning Edition newsletter is our guide to the day’s most important and interesting stories, analysis and insights. Sign up here.

These are the 5 largest ETFs