The Cherokee Nation and three opioid distributors reached a $75 million settlement to resolve opioid-related claims against the companies, the tribe and the companies announced Tuesday.

The Tahlequah, Oklahoma-based tribe announced the settlement, the largest in Cherokee Nation history, with McKesson Corporation, Cardinal Health, and AmerisourceBergen Drug Corporation. The settlement will be paid out over six and a half years.

"Today’s settlement will make an important contribution to addressing the opioid crisis in the Cherokee Nation Reservation; a crisis that has disproportionately and negatively affected many of our citizens," Cherokee Nation Principal Chief Chuck Hoskin Jr. said in a statement. "This settlement will enable us to increase our investments in mental health treatment facilities and other programs to help our people recover."

The tribe sued the three companies, along with several pharmacy companies, in 2017, alleging they contributed to "an epidemic of prescription opioid abuse" within the tribe and have not done enough to prevent tribal members from acquiring illegally prescribed opioid painkillers.

The three companies said in a joint statement that the settlement is a step toward "a broader settlement with all federally recognized Native American tribes across the country."

"While the companies strongly dispute the allegations against them, they believe this resolution will allow the companies to focus their attention and resources on the safe and secure delivery of medications and therapies while delivering meaningful relief to affected communities, and will also support efforts to achieve a broad resolution with the remaining Native American tribes," the statement said. 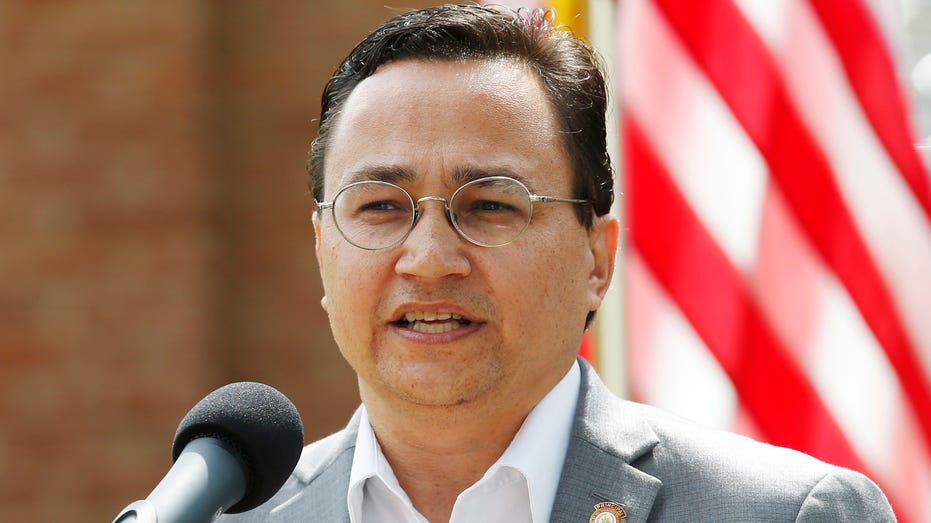 The Cherokee Nation’s claims against Walmart, Walgreens and CVS are pending.

The settlement announced Tuesday is separate from similar claims brought by other tribes, as well as state and local governments, around the country, including a multi-district litigation proceeding in federal court in Ohio.

Former Oklahoma Attorney General Mike Hunter in 2019 secured a $465 million judgment against consumer products giant Johnson & Johnson in the first such state trial against an opioid manufacturer. That case is currently on appeal.

Hunter also secured multimillion-dollar settlements with other drugmakers over the state’s opioid crisis.

Tesla in crosshairs after NHTSA opens investigation into 115K vehicles