“My campaign has topped half a million and we are gunning for the million dollar mark by the end of the year,” Bouchard said in a statement to Fox News.

Bouchard had raised over $330,000 by the April 15 reporting deadline and hit $400,000 before early May. That means contributions have continued to flow in at a steady clip even after the initial rush when he announced his campaign in January.

That’s a significant haul for Bouchard, who has been the biggest fundraiser among the challengers to Cheney, R-Wyo., and one of the most successful fundraisers among the group of primary challengers to House Republicans who voted to impeach the former president. The only one who’s raised more money is former Trump aide Max Miller, who Trump endorsed for his campaign against Rep. Anthony Gonzalez, R-Ohio. 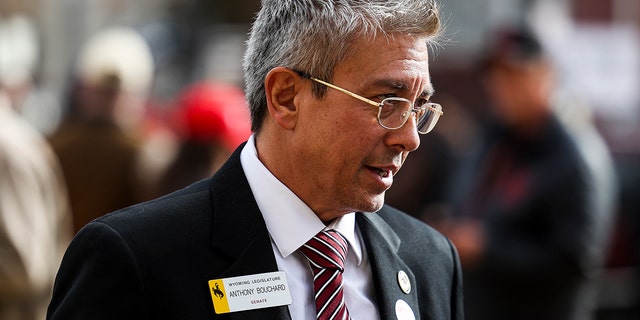 Wyoming state Sen. Anthony Bouchard who is challenging Rep. Liz Cheney, R-Wyo., in the primary race, speaks to supporters after a rally against Cheney on January 28, 2021 in Cheyenne, Wyoming. (Photo by Michael Ciaglo/Getty Images)

But Bouchard’s fundraising numbers pale in comparison to Cheney’s. The incumbent raked in $1.54 million from January to March. That was five times the amount she raised during the same time period two years ago, reflecting that high-profile support for or opposition to Trump can help spur donations to a campaign.

Even after Trump’s impeachment trial Cheney continued to emphasize that she does not believe he should play a role in the future of the Republican Party. And she regularly disputed his false claims that the presidential election was stolen.

Those comments were sowing discord in the House GOP caucus, where Minority Leader Kevin McCarthy, R-Calif., was seeking to mend fences with Trump ahead of the 2022 midterms and where many rank-and-file members still consider themselves staunch Trump supporters.

Cheney survived an attempt to oust her from her leadership position in February before eventually being canned as the House GOP conference chair over her opposition to Trump last month.

Trump has called Cheney “bad for our Country and bad for herself” and said he will make an endorsement of one of her primary challengers, but has not yet done so.

Cheney, for her part, is now casting herself as one of the leaders of the anti-Trump movement in the Republican Party after her ouster from House Republican leadership. 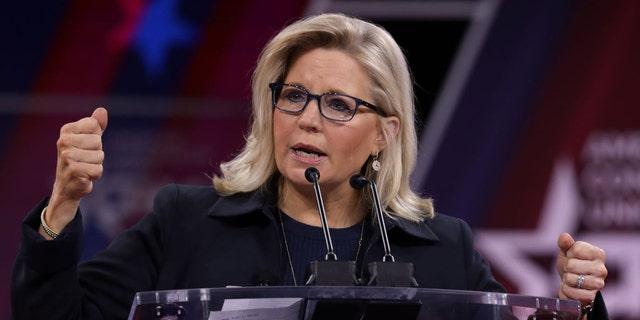 “Bring it on,” she said on NBC when asked about the desire of Trump and his allies to back a primary challenger to remove her from her House seat. “As I said, if they think that they are going to come into Wyoming and make the argument that the people of Wyoming should vote for someone who is loyal to Donald Trump over somebody who is loyal to the Constitution, I welcome that debate.”

Among the other challengers to Cheney in the Wyoming Republican primary are Wyoming state Rep. Chuck Gray and lawyer Darin Smith.

Bouchard’s campaign hit a bump late last month when he disclosed that when he was 18-years-old he got a 14-year-old girl pregnant. He said that people had been investigating the matter in relation to his campaign. Cheney Spokesman Jeremy Adler told Fox News that Cheney’s team had “absolutely no involvement” in looking into this chapter of Bouchard’s past.

Bouchard said he and the woman, whom he did not name, were under “a lot of pressure, pressure to abort a baby. I got to tell you, I wasn’t gonna do it. And neither was she.” On choosing not to abort the child and to get married, Bouchard said, “I did the right thing.”

“This is really a message about how dirty politics is. They’ll stop at nothing, man,” he also said. “They’re willing to go back almost 40 years to something that happened in my youth.”

Wyoming is considered a safe seat for whichever Republican wins the primary race.

Spotify will let employees work from anywhere after the pandemic

Liz Peek: Biden and the debate – this could shake up the race as former VP finally gets grilled