Centers for Disease Control and Prevention (CDC) director Rochelle Walensky was confronted Friday with memes mocking the credibility of her agency after a series of confusing messages has baffled Americans amid a record surge in COVID-19 cases, but she chalked backlash up to “fast-moving science.”

The CDC has been lampooned by everyone from liberal pundits and late-night comics to average Americans on social media over guidance around the spread of the omicron variant. Earlier this week, the CDC declined to add a clear testing recommendation while saying that people can take a test if they have “access” and “want to.” The new guidelines came as millions of Americans wait in hours-long lines to get tested during a record-breaking surge in cases. 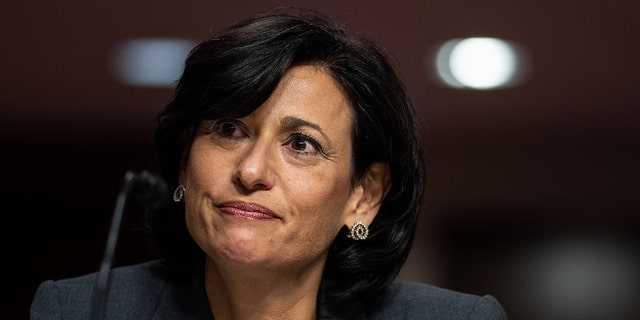 The agency halved its recommended isolation and quarantine time last week, saying that a person infected with COVID-19 can leave isolation after five days if they’re asymptomatic, followed by five days of wearing a mask. Medical experts pushed back on that recommendation, saying that it may result in people leaving isolation while they’re still infectious. The confusion resulted in an onslaught of memes on social media with people joking that the CDC recommended various things that are both unrealistic and dangerous.

Walensky joined NBC’s “Today” and was confronted with a few examples, including tweets claiming the CDC recommended eating straight off the floor at Waffle House, ingesting Tide Pods, and even getting bangs.

“It’s amusing, people letting off steam, of course, but is there a larger credibility problem with your agency right now?” Savannah Guthrie asked Walensky directly. “And how significant is that in the midst of a pandemic?”

Walensky declared the CDC is simply responding to the science and vowed to keep updating recommendations as needed.

“We at the CDC are 12,000 people who are working 24/7 following the science with its ever-evolving nature in the midst of a really fast-moving pandemic, and we are doing so, putting our head down to keep America safe,” Walensky responded.

Guthrie then asked if she should “get bangs,” sparking a laugh from the CDC director.