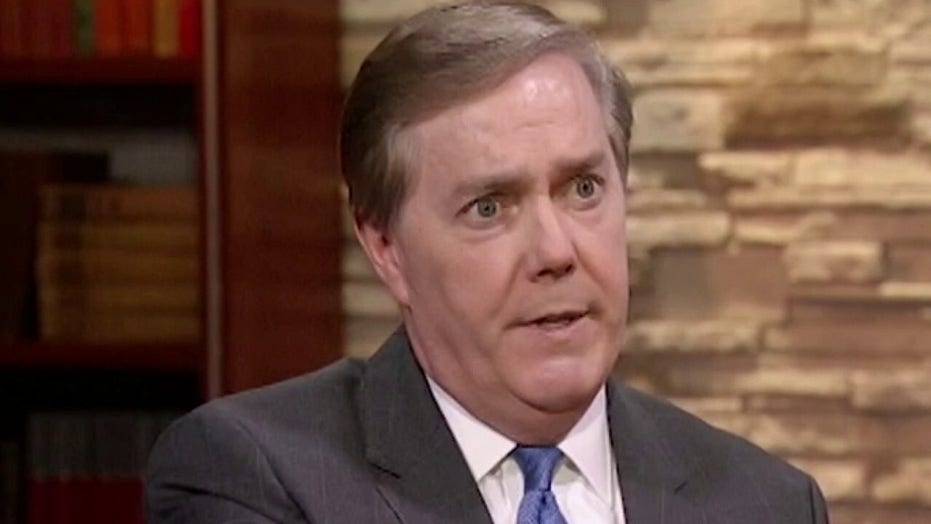 Chris Wallace on C-SPAN suspending Scully over tweet-hack claim: ‘He’s going to pay a price for it’

C-SPAN announced it had suspended Steve Scully indefinitely after he admitted he lied that his Twitter account was hacked; reaction and analysis from ‘Fox News Sunday’ anchor Chris Wallace.

C-SPAN announced on Tuesday that its political editor Steve Scully will return to the job following his suspension after the tapped presidential debate moderator admitted to lying about an anti-Trump tweet he made during the election.

Scully was placed on administrative leave back in October after he appeared to have reached out to outspoken Trump foe Anthony Scaramucci on Twitter as President Trump attacked the "Washington Journal" host over his credibility to fairly moderate the second presidential debate, which was ultimately scrapped by the Commission of Presidential Debates (CPD) over concerns of the president's recovery from the coronavirus.

After roughly a three-month hiatus, it appears Scully will be back to work.

"Steve Scully, who was placed on administrative leave in mid-October for Twitter-related controversies in conjunction with the second presidential debate, is returning to duty at C-SPAN beginning this week," C-SPAN wrote in a press release. "His initial assignments will be off-air producing for C-SPAN television and resumption of his work on C-SPAN Radio's 'Washington Today' program and 'The Weekly,' a podcast/interview program. No date has been set for his return to C-SPAN's roster of on-air television hosts."

The statement continued, "We view October's events as a singular episode in an otherwise successful 30-year C-SPAN career. And while it was appropriate in October for Steve to be immediately relieved of his duties leading our 2020 election coverage, we reiterate our belief that now, having completed a three-month administrative leave, he can contribute to C-SPAN's mission." 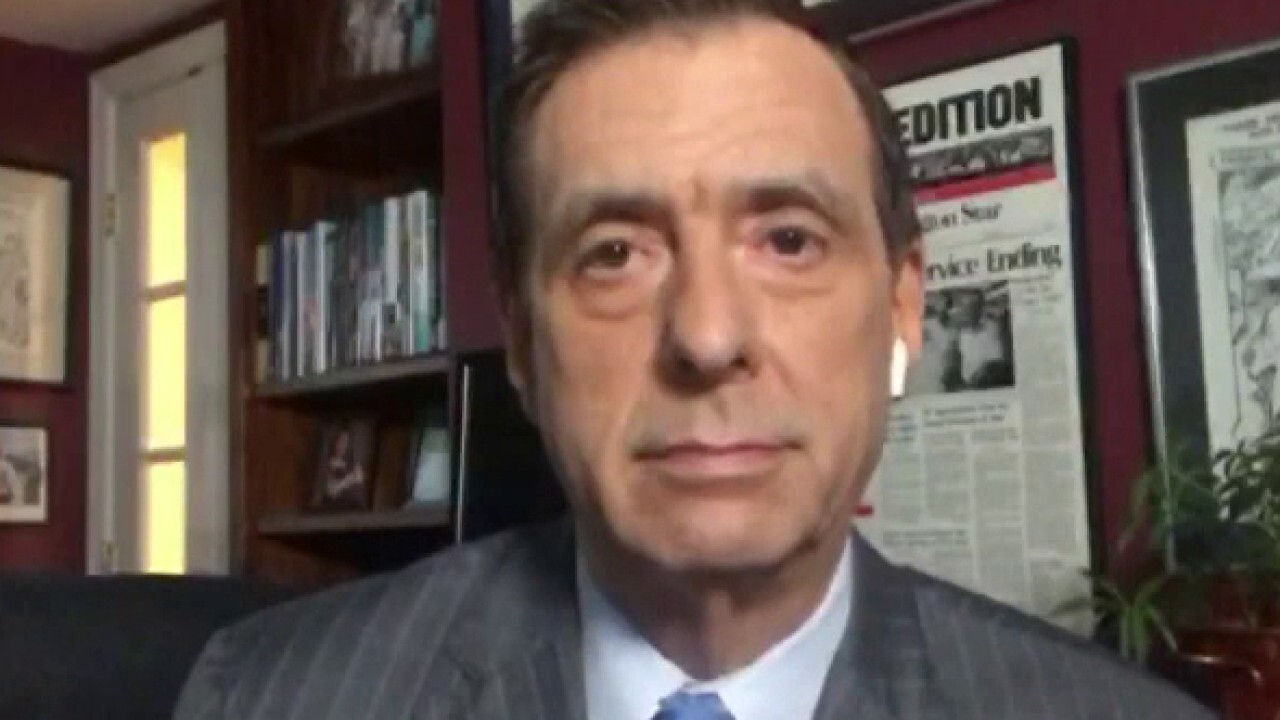 The controversy began when Scully's past came back to haunt him following the announcement that he would be moderating the second presidential debate as critics pointed to his tenure as a former intern for then-Sen. Joe Biden and a staffer for the late Democratic Senator Ted Kennedy as well as a tweet Scully made during the 2016 election that showed him  sharing a New York Times op-ed titled, "No, Not Trump, Not Ever."

That sparked outrage from President Trump and his supporters, alleging that Scully could not fairly moderate a debate between the GOP incumbent and his former boss from decades ago.

However, Scully became the center of a political firestorm after he tweeted Scaramucci, a once-loyal ally and White House aide to President Trump who quickly became an adversary in recent years.

"@Scaramucci should I respond to trump," Scully wrote in the now-deleted tweet many suspected was supposed to be sent privately. 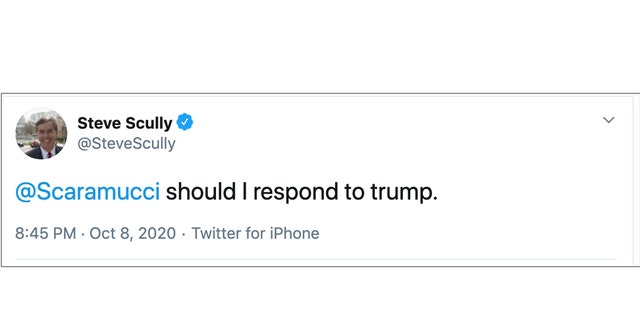 Scaramucci seemed to offer him advice on how to deal with the president.

"Ignore. He is having a hard enough time. Some more bad stuff about to go down," Scarammuci replied back.

Amid the fierce backlash, both C-SPAN and CPD firmly defended Scully as they were falsely told by the debate moderator, who had been laying low amid the controversy, that his Twitter account was hacked, a claim that many skeptics didn't buy.

After it was revealed that Scully fabricated the hacking claim, President Trump touted Scully's announced suspension on Twitter.

"I was right again!" the president exclaimed at the time. "Steve Scully just admitted he was lying about his Twitter being hacked. The Debate was Rigged! He was suspended from @cspan indefinitely. The Trump Campaign was not treated fairly by the 'Commission'. Did I show good instincts in being the first to know?"