Department of Transportation Secretary Pete Buttigieg was criticized earlier this week for suggesting that higher prices at the pump were actually beneficial for transitioning to electric vehicles. But Buttigieg appeared to sing a different tune on Thursday by touting a decline in gas prices.

Buttigieg has repeatedly been slammed for his comments on electric vehicles, suggesting he was out of touch with the average American who can’t afford the luxury.

ELECTRIC CAR REVOLUTION: YOU BOUGHT ONE, BUT CAN YOU GET IT SERVICED?

During an interview on a radio program last week, Buttigieg said the Biden administration was trying to cut the cost of electric vehicles "because when you have an electric vehicle, then you’re also gonna be able to save on gas, but you’ve got to be able to afford it in the first place."

And while testifying earlier this week before the House Transportation and Infrastructure Committee, Buttigieg said: "The more pain we are all experiencing from the high price of gas, the more benefit there is for those who can access electric vehicles." 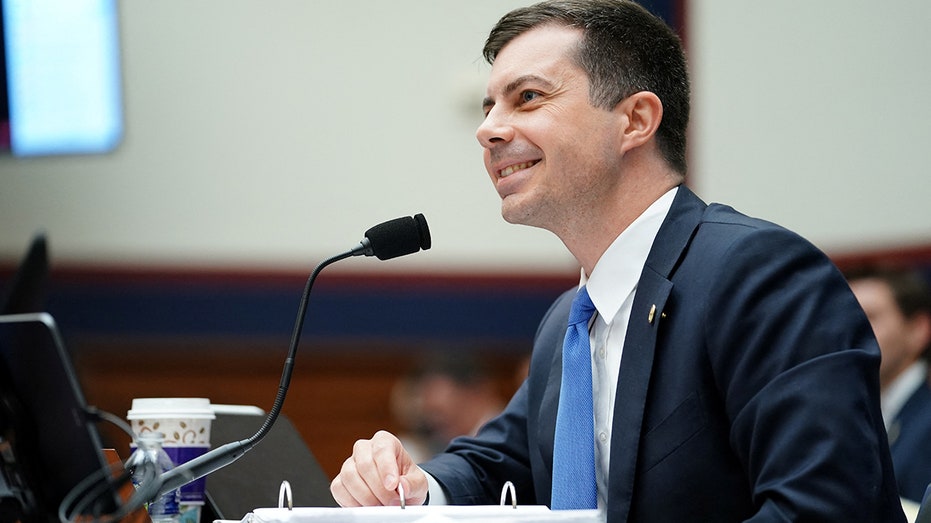 U.S. Secretary of Transportation Pete Buttigieg testifies before the House Committee on Transportation and Infrastructure during a hearing on “Implementing the Infrastructure Investment and Jobs Act” on Capitol Hill in Washington on Tuesday, July 19, (REUTERS/Sarah Silbiger / Reuters Photos)

Rep. Carlos Gimenez, R-Fla., pressed Buttigieg on this point, asking: "So you’re saying the more pain we have, the more benefit we’re gonna get?"

"No, that’s what you heard me say," Buttigieg replied. "I know you want me to say it so bad, but honestly, sir, what we’re saying is we could have no pain at all by making EVs cheaper for everyone."

"Gas prices at the pump, energy and food prices account for half of the monthly price increases since May," he said.

Obama Hits Trump In Biden Campaign Video: ‘Those Words Didn’t Come Out Of Our Mouths’

As IPO Looms, All You Need to Know About Jack Ma’s Ant Group