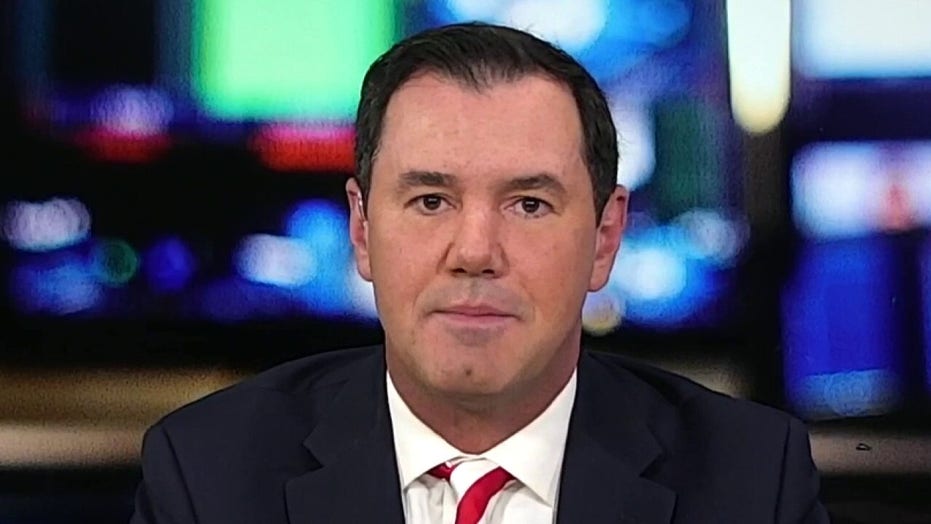 President Trump’s hospitalization Friday night with COVID-19 has prompted get-well wishes by both Democrats and Republicans — but also hateful messages by some of the president’s opponents on social media expressing wishes for his death.

Facebook, Twitter and TikTok announced that posts expressing a desire for Trump — or anyone else — to die are being removed from their platforms.

Former Vice President Joe Biden, the Democratic presidential nominee, announced he was halting negative ads against the president at this time due to Trump’s illness. And Biden said he and his wife Jill are praying for the quick and full recovery of the president and first lady Melania Trump, who was also diagnosed with COVID-19. That was a welcome compassionate gesture.

ILHAN OMAR SHAMES BIDEN FOR PULLING NEGATIVE CAMPAIGN ADS: 'GET IT TOGETHER'

But the Biden move prompted criticism from far-left Rep. Ilhan Omar, D-Minn., who tweeted late Friday: “Why would Biden delay or suspend his campaign when we know Trump would’ve had ads up by noon today ridiculing Biden for testing positive? Get it together.”

Sadly, politics has become so divided and contentious — while simultaneously coveted and venerated — that many of us have allowed ourselves to be whipped up into a frenzy. We’re perpetually consumed by hate, anger and a terminal disregard for our fellow man.

The true measure of the type of person we are is how we react when an ideological enemy falls ill, faces struggles or is hammered down by life. It is in those moments that we show the world through our reactions what is really in our hearts.

The hate-filled responses to President Trump’s COVID-19 diagnosis expose the deeply troubling state of the hearts of many people today.

Whether you are a Democrat or a Republican — and whatever your opinion of President Trump’s performance in office — he is a fellow human being who is entitled to the same compassion any of us would expect when falling ill. Death wishes and ill-conceived quips celebrating his illness should be abhorrent to us all.

Whether it’s Trump or someone else, think twice before you rejoice in someone’s pain and suffering.

Yet there have been glimmers of hope since the president’s illness was announced — some moments of humanity that remind us not only of the best of America, but also of the goodness that we can exude when we step outside of politics and remember what love and kindness truly mean.

In the midst of the social media dumpster fire, some of Trump’s harshest critics paused and joined Joe Biden to urge their followers to pray for the president and first lady, and to step outside partisanship to hope for the best possible results amid their shocking COVID-19 battles.

MSNBC host Rachel Maddow, who is a fierce Trump critic, immediately responded to the president’s diagnosis with a thoughtful and kind call for prayer.

“God bless the president and the first lady,” Maddow tweeted. “If you pray, please pray for their speedy and complete recovery — and for everyone infected, everywhere.”

Maddow went on to write: “This virus is horrific and merciless — no one would wish its wrath on anyone.”

Former President Barack Obama also got in on the kindness mix, joining Biden and Maddow in sending positive remarks to the Trumps and everyone else impacted by COVID-19.

“Michelle and I hope that the President, First Lady, and all those affected by the coronavirus around the country are getting the care they need and are on the path to a speedy recovery,” Obama tweeted.

But the former president wasn’t done there. He noted that we are in the midst of a chaotic political battle and offered a reminder that we would all be smart to heed, especially as political division and hate rage: “While there’s a lot at stake, let’s remember that we’re all Americans. We’re all human beings. And we want everyone to be healthy, no matter our party.”

Unfortunately, not everyone shares these kind sentiments. But rather than focus on the negative, let’s take joy in the fact that Biden, Maddow and Obama — admittedly people with whom I personally rarely agree — are showcasing the best of our nation.

In a moment when it is so easy to attack Trump or poke at his misfortune, they sought to wish him well and to cut through the chaotic noise with messages of goodwill. In many ways, it’s sad that their responses have been so surprising and have sparked headlines and attention.

Shouldn’t this be the norm? Isn’t this just basic humanity? Loving our “enemies” and having common decency happen to be core values indicative of spiritually healthy people and cultures, but they are sadly values we have allowed to slip into the abyss.

Our reaction to Trump’s diagnosis shouldn’t have anything to do with how the president has reacted to political foes’ woes in the past. And it doesn’t matter what Trump believes about COVID-19 or whether he wore a mask enough times in public.

In fact, our reactions should really have nothing at all to do with Trump; instead, they are an indication of who we are as people, what’s in our hearts, and the level of humanity with which we choose to live.

Take a moment and consider what Biden, Maddow, Obama and others had to say. Whether it’s Trump or someone else, think twice before you rejoice in someone’s pain and suffering.

One of the most enlightening areas of biblical truth can be found in Matthew 5:44-45 (NIV). Jesus said: “You have heard that it was said, ‘Love your neighbor and hate your enemy.’ But I tell you, love your enemies and pray for those who persecute you, that you may be children of your Father in heaven.”

This is the key to changing our hearts and, in turn, the toxic culture we’ve incubated.

Revenue up strongly for Bega Cheese but challenges remain

Latest Posts
​4 reasons mortgage rates could drop further this year
Kik Interactive Reaches $5 Mln Settlement With SEC For Running Unregistered ICO
Ford Sees Hands-Free Driving Feature Selling 100,000 First Year
15th Finance Commission finalises report, to submit it to President on November 9
Moderna will have 20M COVID-19 vaccines ready by year’s end
Recent Posts
This website uses cookies to improve your user experience and to provide you with advertisements that are relevant to your interests. By continuing to browse the site you are agreeing to our use of cookies.Ok