Granholm answered a question about the new law, saying she backed it and commending California for "leaning in" on climate policy, during an interview with Los Angeles reporter Elex Michaelson that aired Friday evening. She noted President Biden's informal commitment to ensure 50% of all U.S. car sales are electric by 2030.

"Yeah, I do, I think California really is leaning in," Granholm said when asked if she supported California's law. "And, of course, the federal government has a goal of — that the president has announced — by 2030, that half of the vehicles in the U.S., the new ones sold, would be electric."

On Aug. 25, the California Air Resources Board (CARB) approved the regulation in an effort to massively reduce carbon emissions produced by the state's transportation sector. The rule mandates that all new car sales beginning in 2035 are electric vehicles (EV), but allows existing gas vehicles to remain in operation. 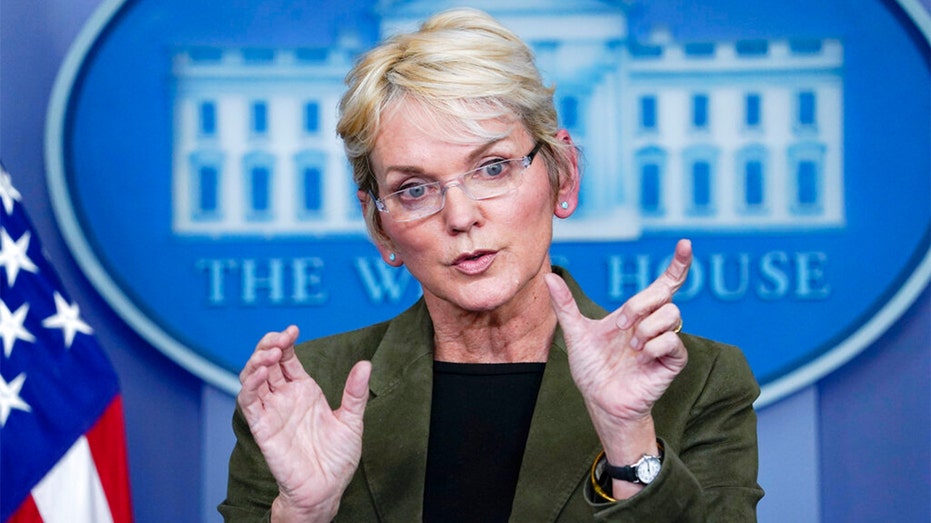 "This is a historic moment for California, for our partner states and for the world as we set forth this path toward a zero-emission future," CARB Chair Liane Randolph said before the agency green-lit the law.

The law could have a large nationwide impact since several states have tethered their environmental policies to CARB actions. Washington and Massachusetts announced they would opt into the rule, but the rule has faced pushback in Virginia, Colorado and Minnesota.

Meanwhile, the California Independent System Operator, the state's grid operator, has repeatedly urged residents in recent days not to charge their EVs in an effort to conserve energy and reduce demand.

Granholm's remarks represent the Biden administration's latest push for massive EV growth. The administration has advocated for a rapid transition away from fossil fuels to prevent cataclysmic climate change.

The bipartisan infrastructure bill passed last year created an EV infrastructure program and the Inflation Reduction Act, Democrats' $739 billion climate and tax package that is not expected to reduce inflation, extended a $7,500 tax credit for purchases of American-made EVs. Biden has also personally traveled to automakers' factories around the country in support of EV manufacturing.

"Since taking office, we have implemented an industrial strategy to revitalize domestic manufacturing with create good-paying American jobs, strengthen American supply chains, and supercharge the industries of the future like electric vehicles – and we see that strategy paying off day after day," Biden said in March.

"Last year, I signed the Bipartisan Infrastructure Law to build out EV charging infrastructure and brought together the United Autoworkers and automakers at the White House to sign an executive order to get 50% electric vehicle sales share in 2030," he continued.