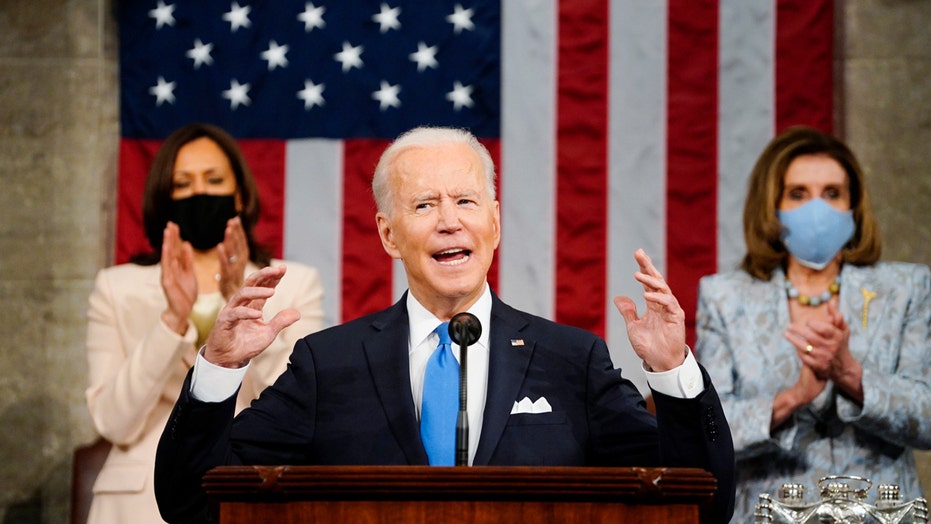 Even before President Biden made a pitch for national unity in his prime-time address to a joint-session of Congress on Wednesday night, he took a stab at bipartisanship.

As the Democratic president entered the House of Representatives and made his way down the chamber’s center aisle, he fist bumped GOP Rep. Liz Cheney, the number three in the House Republican leadership, who was seated along the aisle.

While Cheney has made headlines the past couple of months for coming under attack by former President Trump and his allies – after being the most high profile House Republican to vote to impeach the then-president following the Jan. 6 insurrection at the Capitol – the daughter of former Vice President Dick Cheney’s also been a vocal Biden critic.

“What we have seen so far in the Biden presidency is even farther left policies than we could have anticipated,” Cheney told reporters earlier this week. 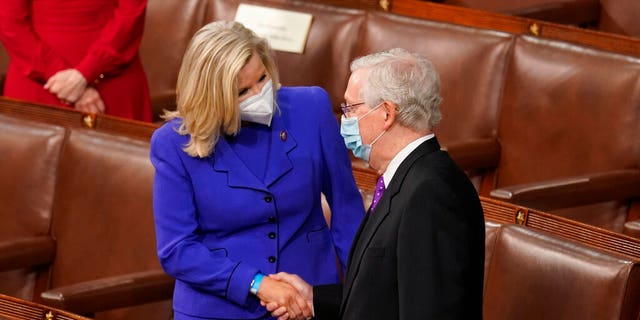 Moments before Biden’s fist-bump with Cheney, the Wyoming lawmaker was greeted with a lengthy handshake by Senate Minority Leader Mitch McConnell,  the top Republican in the Senate.

McConnell, who’s supported Cheney as she defeated efforts by Trump loyalists in the House to strip her of her leadership position, appeared to briefly exchange words with the three-term congresswoman.