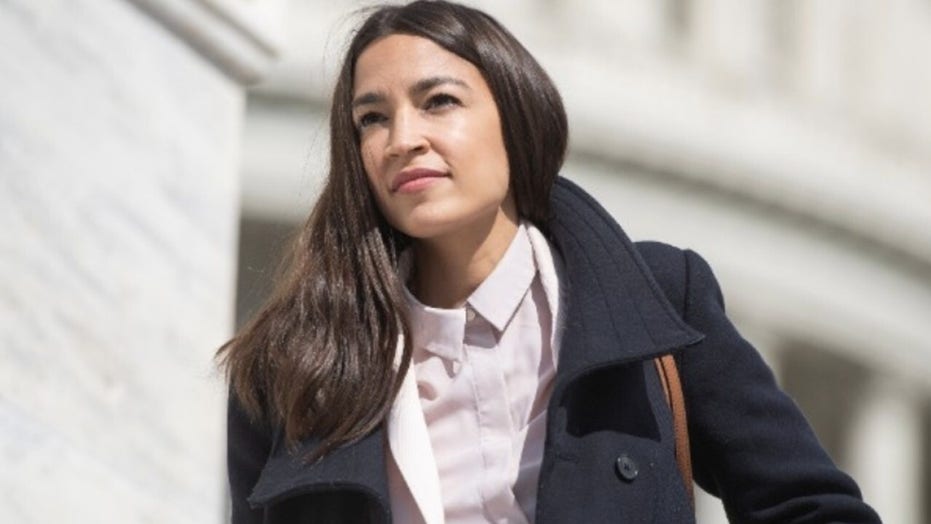 President Biden’s $2 trillion spending plan, which is being promoted largely as a bill to address infrastructure, directs well under half of its total money to things traditionally defined as infrastructure, according to a Fox News analysis.

The analysis, based on the 25-page summary of the president’s proposal for the “American Jobs Plan,” indicates less than $750 billion of the spending fits even a broad definition of infrastructure.

The White House is casting a very wide net about what constitutes infrastructure — for example, the American Jobs Plan references “care infrastructure” when talking about $25 billion to upgrade child care facilities and a $400 billion expenditure on care for the elderly and disabled. That’s quite different from repairing potholes and rebuilding bridges.

Senate Republicans, meanwhile, in emphasizing that Biden’s plan largely does not address infrastructure, are often using a very restrictive definition of the word.

President Joe Biden speaks about the economy in the State Dinning Room of the White House, Feb. 5, 2021, in Washington.
(AP Photo/Alex Brandon)

“This plan is not about rebuilding America’s backbone. Less than 6% of this massive proposal goes to roads and bridges,” Senate Minority Leader Mitch McConnell, R-Ky., said. “It would spend more money just on electric cars than on America’s roads, bridges, ports, airports, and waterways combined.”

Indeed, the White House summary of the American Jobs Plan says it will spend “$115 billion to modernize the bridges, highways, roads, and main streets that are in most critical need of repair” out of more than $2 trillion in the plan. That is slightly under 6%.

But what counts and does not count as infrastructure can be tricky to define, according to Cato Institute Director of Tax Policy Studies Chris Edwards.

$400 billion for home-based care for elderly and disabled

$50 billion for “research infrastructure” at the National Science Foundation

Fox News’ analysis of the Biden plan, as outlined in its 25-page fact sheet, broadly counted investments going toward physical repair or building of facilities and systems used by the general public that help the economy. This includes, for example, replacing lead pipes, expanding broadband access and modernizing public schools, in addition to money going to things traditionally associated with the word infrastructure like roads, bridges and ports.

Other items that counted to reach a total of just under $750 billion included $50 billion to preserve infrastructure resilience, $80 billion for Amtrak and $20 billion for road safety.

Elements of the Biden plan Fox News excluded from this analysis included $174 billion being spent on electric vehicles; $400 billion on home-based care for the elderly and disabled; $25 billion on child care facilities; and $50 billion on “research infrastructure” at the National Science Foundation.

Fox News also excluded $213 billion in Biden’s plan that’s directed at home sustainability and public housing; at least $35 billion aimed at R&D related to climate change; $50 billion to create a new office at the Department of Commerce to “dedicated to monitoring domestic industrial capacity and funding investments to support production of critical goods;” $30 billion to prepare for future pandemics; $45 billion for the federal government to buy clean energy goods; $14 billion “to bring together industry, academia, and government to advance technologies and capabilities critical to future competitiveness;” and several other provisions. 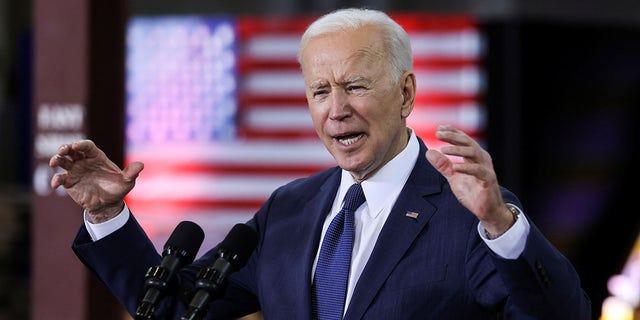 President Biden speaks about his $2 trillion infrastructure plan during an event to tout the plan at Carpenters Pittsburgh Training Center in Pittsburgh, Pennsylvania, March 31, 2021.
(REUTERS/Jonathan Ernst)

One part of Biden’s plan that does not cost any money is the PRO Act, which would essentially override right-to-work laws in states across the country, allowing unions to extract dues from workers who do not want to be members.

Biden’s American Jobs Plan, at this point, is simply a 25-page document of suggestions. Legislators have not even begun drafting it. That means dollar totals and specific allocations could change.

But Senate Majority Leader Chuck Schumer, D-N.Y., in a comment Wednesday himself noted that the Biden plan includes much more than infrastructure.

“Addressing infrastructure, climate and environmental justice together, and creating millions of good paying jobs, is just the right combination to meet head on the challenges that America now faces,” Schumer said. “This will not only make clean energy and clean transportation affordable, it will create millions of new jobs with good wages, which always occurs when we invest in infrastructure and manufacturing as we will be doing here.”

Cato’s Edwards, meanwhile, says his biggest gripe with the Biden plan is that the money being spent, no matter how it is defined, is largely going into the pockets of big corporations.

“It’s hugely ironic because the leading Democrats have bashed corporate welfare and corporate subsidies for years, and they always claim that Republicans do corporate subsidies,” Edwards told Fox News. “But in fact, Biden would subsidize corporations hundreds and hundreds of billions of dollars with this plan.”

He added: “One of the interesting political things in coming weeks and months will be will the Democrat left, like Sanders and Warren, kind of come to the realization that, ‘Hey, this is massive corporate subsidies here, which we’re supposed to be against.'”

Edwards also said that the corporate tax hikes used to fuel the $2 trillion-plus spending plan would be counterproductive to its goals, hurting the massive private companies like “AT&T and Verizon and other companies that do broadband and invest– you know infrastructure investment.” 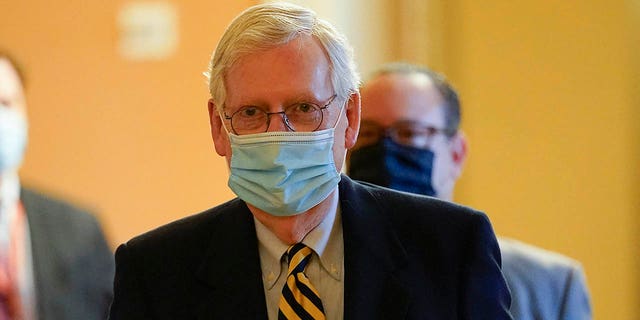 “Biden would be taking with one hand in taxes what he’s giving on the other end, subsidies, which makes no sense,” Edwards said.

Biden and the White House, of course, would dispute Edwards’ points.

“It’s time to build our economy from the bottom-up and the middle-out, not the top-down,” Biden said in remarks unveiling the plan in Pittsburgh Wednesday. “And this time when we rebuild the middle class, we’re going to bring everybody along regardless of your background, your color, your religion, where everybody gets to come along.”

“The American jobs plan will modernize 20,000 miles of highways, roads and Main Streets that are difficult, difficult shape right now,” Biden added. “It will fix the nation’s 10 most economically significant bridges in America that require replacement.”

“Altogether, along with the American Rescue Plan, the proposal I put forward will create millions of jobs, estimated by some Wall Street outfits there will be 18 million jobs over four years, good-paying jobs,” Biden also said in Pittsburgh. “It also works to level the playing field to empower workers and ensure that the new jobs are good jobs, that you can raise a family on, and ensure a free and fair choice to organize and bargain collectively.”

The White House and press secretary Jen Psaki have indicated that they are open to negotiating with Republicans over Biden’s spending plan. But it remains unclear how much Democrats would actually be willing to compromise on in order to secure Republican votes.

“I’m not going to give you red lines from here,” Psaki told reporters on Thursday.

If Republicans and Democrats cannot come to the kind of agreement that can get the support of 10 Republicans and reach the 60-vote filibuster threshold in the Senate, Democrats will likely be forced to move the package ahead via budget reconciliation. That process allows them to circumvent the filibuster and therefore avoid negotiating with Republicans,

“I support improving America’s aging roads, bridges, ports, and other infrastructure. And we can do so in a bipartisan way,” Sen. Rob Portman, R-Ohio, said Wednesday. But, he said, Biden’s plan includes “these broad policy priorities that are a far cry away from what we’ve ever defined as infrastructure.”

Psaki on Thursday, meanwhile, said she believes there is a lot to agree on in the White House’s initial proposal when asked about comments from McConnell opposing it.