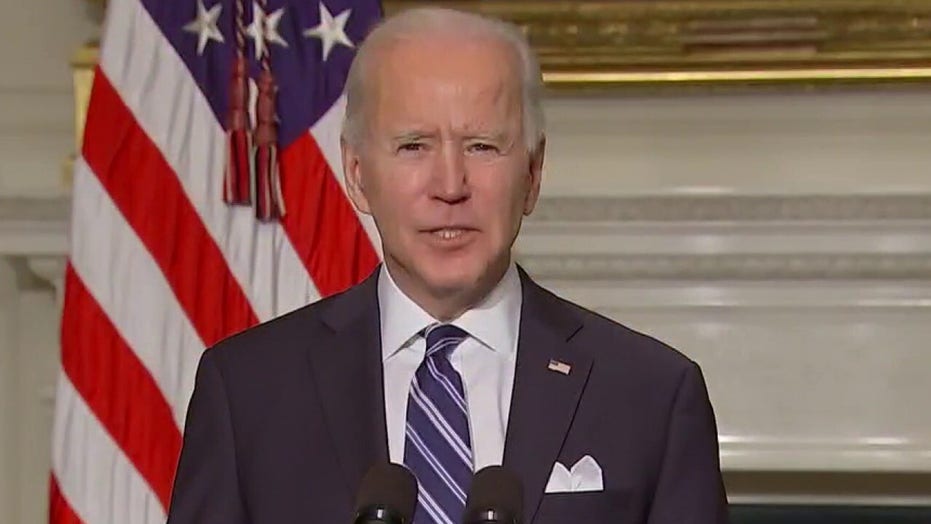 President Biden has made it clear that climate is driving much of his agenda early in his administration, providing his green industry campaign donors with reason to celebrate.

Less than a month into his presidency, Biden has shut down work on the Keystone XL pipeline and banned future gas and oil leases on federal lands, pointing to a shift in energy policy that administration officials and Cabinet nominees have said are meant to yield significant economic impacts.

The green industry heavily relies on government-awarded funds, and with Biden promising to lean heavily in their direction, the industry as a whole contributed more than $11 million in political donations in 2020, according to the Center for Responsive Politics. The center noted that while this amount pales in comparison to the $1 billion Biden’s campaign raised in total, it is still more than double what the industry had given in the past.

Biden’s campaign, in particular, received more than $3 million that had been raised by Clean Energy for Biden, which describes itself as “a network of clean economy business leaders and advocates” that looked to get Biden elected and “advance policies, technologies and investment to address the climate challenge.” The group says it plans to remain active under the name Clean Energy for America. The organization’s executive council includes more than 50 green industry leaders.

According to the Washington Post, another group, known as Climate Leaders for Biden, raised close to $15 million in support of Biden through GiveGreen, a platform geared toward helping donors give toward candidates who support climate change action.

BIDEN SIGNS CLIMATE CHANGE ORDERS AMID CONCERNS OVER JOBS: ‘IT IS TIME TO ACT’

Those contributions appear likely to have a significant return on investment. Biden’s climate plan, unveiled during his campaign, is expected to cost $2 trillion, which would go toward infrastructure, agriculture, the auto industry, environmental justice, housing and more.

The president had no qualms about making a seismic shift in the energy landscape by halting the Keystone XL pipeline, a move that has been estimated to result in 11,000 lost jobs. The moratorium on federal gas and oil leases is also expected to have drastic impacts on the economies of states that rely on the oil and gas industry. In defense of the moves, administration officials and Cabinet picks such as Energy Secretary nominee Jennifer Granholm and Transportation Secretary nominee Pete Buttigieg claimed that it will ultimately result in a net positive of millions of new jobs, albeit different types of jobs than those lost.

Granholm acknowledged during her confirmation hearing that jobs may be “sacrificed” as a result of Biden’s actions, but was optimistic that the new policies “would create more jobs in energy, clean energy, than the jobs that might be sacrificed.”

Sen. Bill Cassidy, R-La., responded to Granholm by recalling that, according to Buttigieg, it could take years for these new jobs to become available. He said that for a worker who just lost their job it is “cold comfort” to know that years from now there could be a job in a different location requiring different training.

As for the states that would be affected by the moratorium on gas and oil leases, Granholm said this is “something we’re going to have to work on together to ensure that people remain employed.”