On the campaign trail, Joe Biden rarely displayed much interest in the debate over how to regulate Big Tech nor indeed a great deal of knowledge of many of the issues.

But just weeks after taking office, he is rapidly shaping up to be a transformative figure for Silicon Valley — with a string of proposals which, if fully implemented, could amount to an earthquake for the global tech industry. 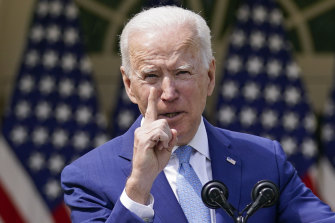 In perhaps his administration’s boldest economic move to date, last week President Biden unveiled plans for a new global tax regime which would force multinational companies such as Amazon, Apple and Google to pay national levies based on their local sales.

The plan, which would set a minimum global corporation tax rate of 21 per cent, could raise an extra $US300 billion ($394 billion) in annual taxes globally and deal a hefty blow to the complex tax avoidance and profit-sharing measures adopted by many of the world’s biggest and most profitable companies.

It’s hard to overstate the significance of these proposals.

Overnight, they would virtually wipe out the advantages offered by widely used tax havens like Ireland — where Apple has funnelled a big slice of its international revenues at advantageous tax rates — or Luxembourg, a key cog in Amazon’s complex global trading arrangements.

The proposed reforms also represent a big boost for a stalled OECD effort to agree a global framework for taxing big tech companies.

That 21 per cent figure is far above the current corporation tax rates levied in Ireland at 12.5 per cent, Hungary at 9 per cent or Bulgaria at 10 per cent, let alone the string of smaller jurisdictions including the Isle of Man, Jersey, Bermuda or Bahrain which charge no corporation tax at all.

The OECD talks have been dragging on for years, amid intense disagreements over how the new system should work, and have set countries with different agendas against one another.

While some big economies like Britain and France support the reforms, others which have historically sought to use advantageous tax rates to lure big global companies to their shores have understandably dragged their heels.

Meanwhile, for as long as Donald Trump was installed in the White House, the OECD process was effectively doomed.

Joe Biden has signalled big changes are coming for Silicon Valley. The industry may never be quite the same again.

The former US President doggedly refused to endorse any action which he claimed would threaten the activities of successful big US tech companies overseas — a position which led to an absurd tit-for-tat tax spat with France.

When Emmanuel Macron pledged to go it alone, like Britain, with its own Digital Services Tax on the revenues of big tech companies, President Trump threatened to hit back with tariffs on French champagne, Roquefort cheese, lipstick and handbags.

Of course, Biden’s new proposals may not fly. 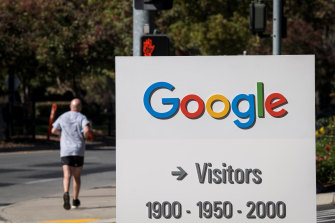 President Biden’s plan for a new global tax regime would see multinational companies such as Amazon, Apple and Google forced to pay national levies based on their local sales.Credit:Bloomberg

As with any proposed reform of this kind there will be winners and losers. Many countries may simply refuse to play ball because they stand to lose precious revenues from the new system.

Nevertheless, the support of Washington DC and the world’s biggest economy is obviously critical in lending fresh momentum to any push for a deal.

The proposals are likely to be in focus again in June when Britain hosts the G7 summit in Cornwall.

Biden’s tax drive is just one plank of his plans for big tech. The new President’s nominations for the Federal Trade Commission and the Securities and Exchange Commission could prove to be equally important in creating a more hostile atmosphere for the industry’s global titans. They have experienced explosive growth over the past 30 years, partly because they have benefited from a regulatory vacuum — but that may be about to change.

Lina Khan and Tim Wu — two fiercely intelligent legal scholars who have been vocal critics of Big Tech over antitrust and supporters of the need for ‘forced separations’ where necessary — have been nominated for vital supervisory roles at the FTC and in the White House.

Their influence in Washington DC in reframing US regulation of the industry could be enormous.

If appointed, they are likely to take a much more aggressive approach to the giants of Silicon Valley and the threat they pose to competition.

Lina Khan’s Amazon’s Antitrust Paradox — an article published in the Yale Law Review — argues that current antitrust laws, which are based on keeping consumer prices low, are out of date and in urgent need of a revamp to keep up with the new economics of internet platform companies.

“We cannot cognise the potential harms to competition posed by Amazon’s dominance if we measure competition primarily through price and output,” Khan argues.

“Specifically, current doctrine underappreciates the risk of predatory pricing and how integration across distinct business lines may prove anti-competitive.”

Meanwhile, Wu — who will serve as a presidential adviser on competition policy — is also a vocal critic of Big Tech and has spoken of the enormous wealth and power of Facebook, Google et al as akin to a new ‘gilded age’ in line with the 19th and 20th century robber barons who dominated the US railway and oil industries.

He also came up with a frequently cited phrase about the trade-off users of social networks and search engines make with their personal data: “When an online service is free, you’re not the customer. You’re the product.”

Put all of this together and it’s clear that in just a few weeks, Joe Biden has signalled big changes are coming for Silicon Valley. The industry may never be quite the same again.

The top technology stories and reviews delivered weekly. Sign up to The Age‘s newsletter here and The Sydney Morning Herald‘s here.

Trump disputes that the US is a 50-50 nation, says he 'can't believe' that some states are blue