President Joe Biden invited a group of 10 Republican senators to the White House on Monday to hear their proposal for a COVID-19 relief package after the conservative coalition sent a letter outlining what they said could be a significantly smaller, but bipartisan effort to support Americans during the ongoing pandemic.

White House press secretary Jen Psaki said late Sunday that Biden had invited Sen. Susan Collins (R-Maine) and her colleagues “for a full exchange of views” after the lawmakers sent a letter to Biden outlining a rebuttal to his $1.9 trillion proposal for additional relief.

“As has been widely reported, the President received a letter today from 10 Republican Senators asking to meet with him to discuss their ideas about the actions needed to address these crises,” Psaki said in a statement. “In response, the President spoke to Senator Collins, and invited her and other signers of the letter to come to the White House early this week.” 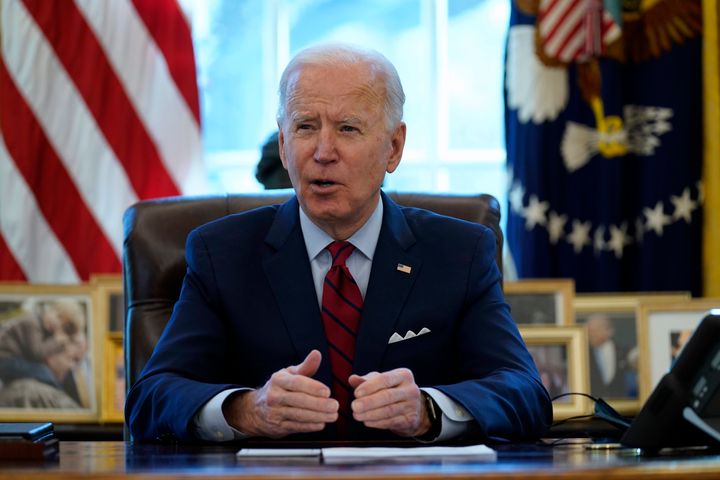 Biden’s plan includes $1,400 relief checks for many Americans and a large expansion of unemployment benefits. In their letter, the Republicans countered with a package that would be 70% smaller ― although they said it could quickly pass through Congress. The plan includes $1,000 checks for most Americans and additional funds for vaccines and testing.

“In the spirit of bipartisanship and unity, we have developed a COVID-19 relief framework that builds on prior COVID assistance laws, all of which passed with bipartisan support,” the group, which includes Sens. Collins, Lisa Murkowski (Alaska), Rob Portman (Ohio) and Mitt Romney (Utah). “Our proposal reflects many of your stated priorities, and with your support, we believe that this plan could be approved quickly by Congress with bipartisan support.”

Collins quickly thanked Biden for his response and said she looked forward to discussing the “path forward”:

Psaki suggested on Sunday that the White House would continue to push for a large relief package, saying renewed support was “badly needed” by small businesses and families across the nation.

“With the virus posing a grave threat to the country, and economic conditions grim for so many, the need for action is urgent, and the scale of what must be done is large,” Psaki said in a statement. “As leading economists have said, the danger now is not in doing too much: it is in doing too little. Americans of both parties are looking to their leaders to meet the moment.”

Other lawmakers, including Sen. Bernie Sanders (I-Vt.), have urged Democrats to pass COVID-19 legislation as soon as possible and work on reaching across the aisle later.

“We all want bipartisanship and I think you’re gonna see more of it as we move down the pike,” Sanders told ABC’s Martha Raddatz on Sunday. “We all look forward to working with Republicans. But right now, this country faces an unprecedented set of crises.”

“We have got to act and we have to act now,” he added.

Loeffler vs. Warnock on crime, police: Where they stand

As Trump clashes with CDC, the media accuse him of ignoring science