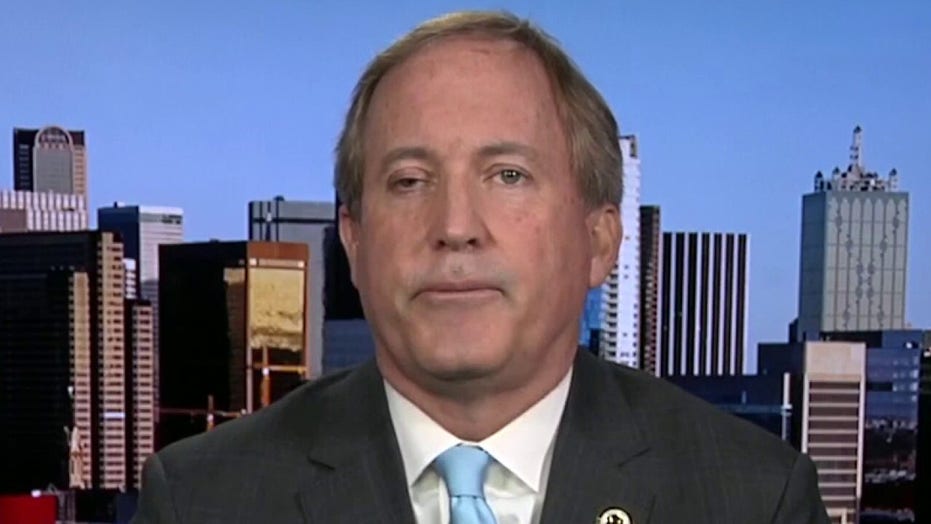 Biden is ‘out of control’ and ‘overstepping his constitutional authority’ with executive orders: Texas AG

Paxton told Maria Bartiromo on “Sunday Morning Futures” that Biden was “out of control” and “overstepping his Constitutional role” in signing the executive orders meant to roll back the Trump administration’s immigration policies.

“You’ve got Democrats controlling both the House and Senate so he can make these changes,” Paxton said. “He doesn’t have to basically issue edicts from on high, ignoring federal law.”

Biden on Tuesday signed three more executive orders proposing changes to immigration, including the creation of a task force to push forward with the reunification of migrants who were separated from family members at the border, a strategy to address “irregular migration” at the southern border, and one that will set up a review of Trump-era policies on legal immigration.

Biden had earlier signed executive orders that reversed Trump-era travel restrictions on countries deemed a security risk, and sought to impose a 100-day moratorium on deportations.

BIDEN IMMIGRATION ORDERS ARE ‘FOOLISHNESS’ THAT WILL ‘OPEN GATES’ TO ILLEGAL IMMIGRANTS: CUCCINELLI

Paxton was the first state attorney general to sue the Biden administration on the executive order proposing a 100-day pause on deportations. The state is seeking a permanent injunction while it argues the merits of the case.

He said that Biden’s executive orders have effectively sent the message that America’s borders are open, creating a risk for his state, which shares the largest border with Mexico.

He said Texas is already grappling with human trafficking, drug smuggling and gang issues at the border, adding that Biden’s orders will only increase the cost of law enforcement, education and health services in the state.

“It’s an unfunded mandate for my state and it’s really hard for us to assess what ultimately that’s going to end up costing us,” Paxton said.