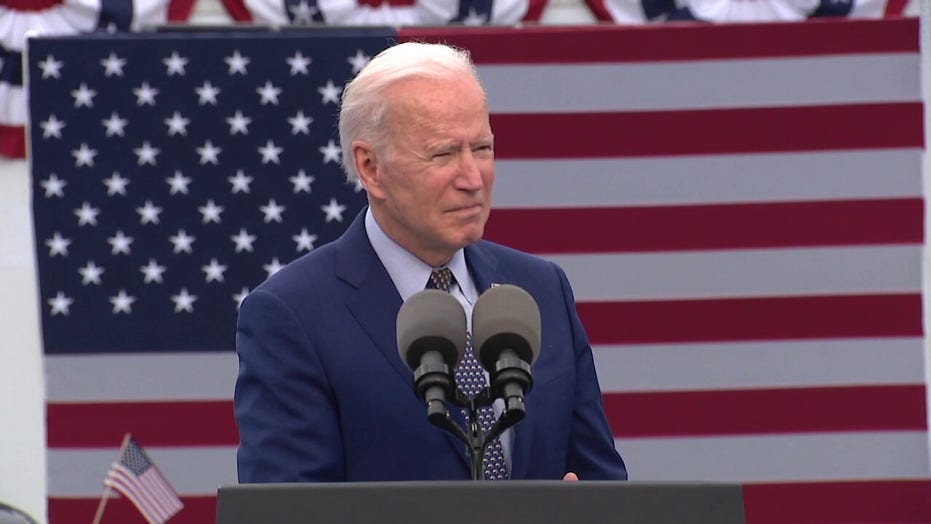 President Biden responds to hecklers at an event in Georgia, confirming support for abolishing private prisons

President Biden on Thursday was interrupted as he began a rally in Georgia by protesters heckling him about private detention centers.

He attempted to continue, before saying “I agree with you” and explaining to other members of the crowd that the individuals shouting were referring to private detention centers

“I’m working on it man, give me another five days,” Biden eventually responded, which drew cheers and beeps from the crowd, who were in their vehicles at the drive-in rally. “There should be no private prisons, period.”

Biden added that his administration was working to close all private detention centers.

BIDEN ADDRESS TO CONGRESS DRAWS JUST 22.6 MILLION VIEWERS, LESS THAN HALF OF TRUMP’S AUDIENCE IN 2017

In January, Biden signed an executive order that ended federal use of private prisons.

Democrats acknowledged the move as an important first step, but many progressives have pushed for more action.

Opponents of private, for-profit detention centers allege that the institutions are linked with racial injustice and perpetuate mass incarcerations.

Another member in the crowd on Thursday held a sign that read “Abolish ICE,” which is also an idea favored by progressive members of the Democratic Party.

Michael Goodwin: Dems' anti-Israel faction – how Biden is playing to the radicals within his party