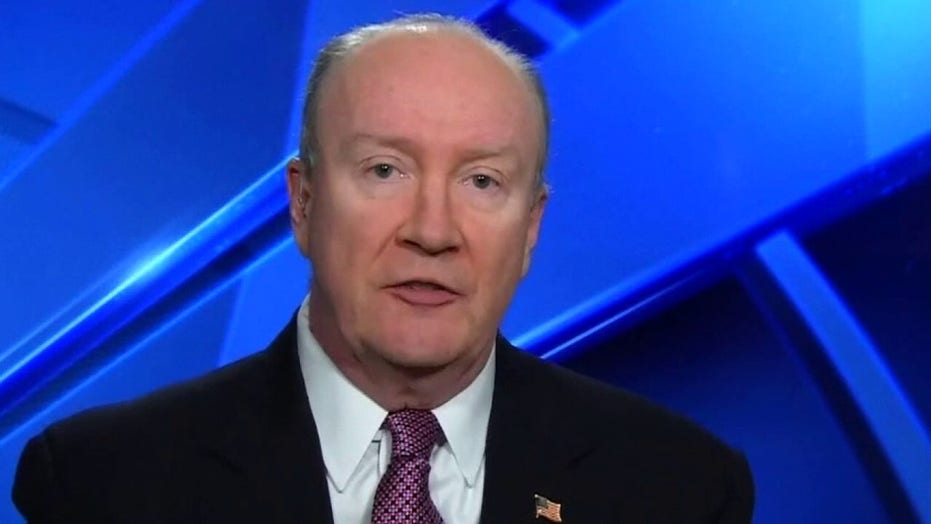 Axios reporter Jonathan Swan made an apology on Tuesday regarding a claim he made during a pre-taped interview with President Trump, which aired on Monday night.

Swan's interview with the president generated many headlines from his thoughts on the late-congressman John Lewis to his defense of the administration's response to the coronavirus pandemic. One of the fiery exchanges from the sitdown was about mail-in voting, something the president has been outspokenly opposed about in recent weeks.

"They're going to send tens of millions of ballots to California, all over the place, who's going to get them" Trump said.

Trump went on to cite examples of deceased people and pets receiving "ballots" in the mail. Swan noted again that he was "probably" talking about applications.

"They're sending out millions of ballots," Trump reiterated.

"No, they're not," Swan told the president. "It's applications,"

After the interview's broadcast on HBO, the Axios journalist walked back the claim. Despite the majority of instances that applications are sent out, there are other instances when it's actually ballots that are mailed to voters, he said.

"When I interviewed POTUS, I said the mail-in voting materials people receive are applications, not ballots," Swan tweeted. "That’s overwhelmingly the case, but not universally so. Eg, California & now (post-taping) Nevada. I should have used more precise language, and I’m sorry for the mistake,"

This apology follows the one Swan made on Sunday during a panel discussion on ABC News' "This Week."

On the subject of the so-called veepstakes as Joe Biden continues to select his running mate, Swan reported how some in the former vice president's "inner circle" are opposed to Sen. Kamala Harris, D-Calif., alluding to an exchange she had with the now-presumptive Democratic nominee during a primary debate on the issue of bussing.

"They haven't forgotten the fact that she effectively called him a racist on the debate stage,” Swan told the panel.

After a panelist pushed back against the remark, Swan later admitted on Twitter that he "inaccurately and unfairly characterized" what Harris said, writing "I am sorry for this mistake."