Christine Holgate is optimistic. Two and a half years into her tenure leading Australia Post, the chief executive reckons the national postal service is close to turning a corner.

After three years of profits going backwards, earnings will start to grow again in 2022, she flags. And that’s a promise.

"Within two years we’ll be back in growth," Holgate says in an interview with The Age and The Sydney Morning Herald. 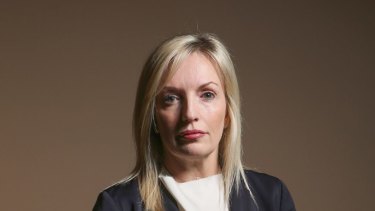 Christine Holgate has a plan that she hopes will save Australia Post’s dwindling profits.Credit:Wayne Taylor

The high-profile executive and Collingwood AFL club board director, who came to the role after a feted performance leading vitamins maker Blackmores for almost a decade, is frank about the scale of the task.

On a Friday morning, she rolls off a list of where changes will have to take place at the 210-year-old company, all focused on removing "duplication" across the business.

She wants to revisit how Express Post is managed, which will see the service rely less on third-party deliverers, instead loading up posties with more same-day delivery items.

She has high hopes post offices offering bank services, named [email protected], will also continue to deliver solid earnings growth. The business was set up in 2018 and contributed close to half a billion dollars in AusPost’s 2019 revenue.

And then there’s parcels and e-commerce, which sits at the heart of her strategy – and Australia Post’s very survival.

But there are factors making her turnaround strategy a steeper challenge than most. She’s had to embark on a near remodelling of her executive team after a stream of high-profile departures, including the retirement of long-standing chairman and advocate John Stanhope at the end of 2019.

She is working alongside a new chairman, Lucio Di Bartolomeo, and a new Communications Minister – Paul Fletcher – who took over the portfolio in June 2019.

Within two years we’ll be back in growth.

And a fleet of Boston Consulting Group consultants are currently sizing up the place as well.

But Holgate says she is getting on with the transformation in earnest.

"And in some ways, we’ve over-excelled at that. In just two years we’ve added $500 million in revenue without acquiring anything."

Part of this success has been through what seems like a fairly innocuous change. Posties kitted out with new Swiss-made electric trikes have started delivering parcels to Australian homes, complementing the service's StarTrack parcel delivery service. 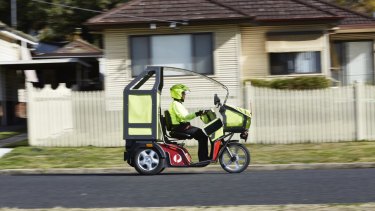 Australia Post has introduced electric tricycles as part of its push to revive the company.

This change saved the business as much as $400 million in the last half, Holgate says, noting while letter losses came in at $87 million, it would have been "significantly more" if it hadn't been for the parcels change.

The national postmaster is also on the hunt for new revenue streams, currently tendering to run the government’s lucrative $1 billion visa processing services. It’s a two-horse race between AusPost and another five-member strong consortium, but Holgate appears unfazed if she wins the tender or not.

"We would be very proud and honoured to win it, and if the government decided to not go that way … we’d also love to work with them."

Overall, Holgate says she has a clear strategy – but it's a labour-intensive one, with a swift pace of change,  a fraught proposition in a business where multi-decade tenure is the norm rather than the exception.

"What we're trying to do is block out the next three to seven years and try and map what we want the shape of the business to be, and in parallel, start building this really big picture transformation," she says.

"We can grow this business, keep our community services obligation, and have a sustainable future."

But some critics argue the pace of change hasn’t been fast enough. Holgate pointed out in her first set of full-year results in 2017-2018 that the letters business continued to pose serious challenges to profitability. She explained to shareholders the organisation needed $2 of parcel revenue to mitigate the impact of every $1 decline in letters.

The most recent half-year results show it still hasn’t stemmed the losses from its letter business, which brought in $1.1 billion revenue and losses of $87 million. Group profit before tax almost halved to $83 million. 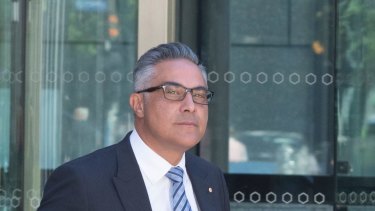 At the same time, staff turnover has been hard to miss, particularly with a fleet of senior managers following former chief executive Ahmed Fahour out the door to join lender Latitude Financial. From late 2018, the departures came quickly.

Throughout her time at the company, Holgate has been keen to spruik changes she has made to her management team, and it’s true that the current team including chief customer service officer Nicola Sheffield, Annette Carey and Bob Black are highly regarded.

But there’s no doubt that hard-earned intellectual property is walking out the door.

Regarding Dalidakis’ departure, Holgate says the company has every regard for the former Labor politician but admits he was "a bit of a round peg in a square hole" and says he regularly moved between jobs.

On the broader issue of her management style, Holgate is more tightlipped. Her arrival at Australia Post included a highly publicised trip to Melbourne Airport's mail sorting plant with her mother and a Buddhist monk to bless the building and workers. Within the Post’s upper ranks, there is a strong focus on glossy team building.

Staff talk of high octane off-site strategy sessions with high-profile guest speakers including Malcolm Turnbull and Collingwood star coach Nathan Buckley. As Holgate was interviewed on Friday morning, executives from her team’s e-commerce and parcel business were at an offsite at the RAC’s luxurious Cape Schanck resort.

When asked about her approach Holgate is somewhat defensive, saying upper management was a "very strong team" with a "great combination of skills".

And there’s the unique task of managing one of the country's oldest businesses and its two shareholder ministers, Fletcher and Finance Minister Mathias Cormann, who are among the most senior politicians in the country and determined for Australia Post to operate at its most efficient.

I don't think there's anything out of the ordinary happening at Australia Post at all.

Within months of taking on the portfolio, Fletcher appointed BCG consultants to review the business, and specifically its "strategy to operate as a sustainable and fit-for-purpose service provider for the longer term".

At the time of the announcement, it was the fourth review to be undertaken in two years, with consultants from Korda Mentha and PwC also completing similar assessments since Holgate started.

Speaking to The Age and the Sydney Morning Herald this week, Fletcher brushed off suggestions there was trouble at the national postal service, saying instead the business was facing the same troubles as postal services across the world. 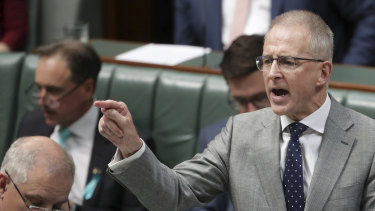 Communications Minister Paul Fletcher says Australia Post has dealt with its challenges “as well as any other post office around the world”.Credit:Alex Ellinghausen

"The nature of the business is changing, and Australia Post has dealt with those challenges as well as any other post office around the world," he said.

He said BCG's review was part of "normal processes", and would ensure Australia Post was covering all bases and "refining" its strategy. The minister also dismissed concerns over the company's ever-changing management.

"I don't think there's anything out of the ordinary happening at Australia Post at all."

Trump Says ‘Nobody’ Knew Pandemic Was Coming. His Adviser Warned Of It In January.

Republican Senator from Texas Compares His Relationship with Trump to a Bad Marriage: 'He Is Who He Is'