Amazon.com is the world’s first public company to lose a trillion dollars in market value as a combination of rising inflation, tightening monetary policies and disappointing earnings updates triggered a historic selloff in the stock this year.

Shares in the e-commerce and cloud company fell 4.3 per cent on Wednesday, pushing its market value to about $US879 billion ($1.37 trillion) from a record close at $US1.88 trillion on July 2021. Amazon and Microsoft were neck-and-neck in the race to breach the unwelcome milestone, with the Windows software maker close behind after having lost $US889 billion from a November 2021 peak. 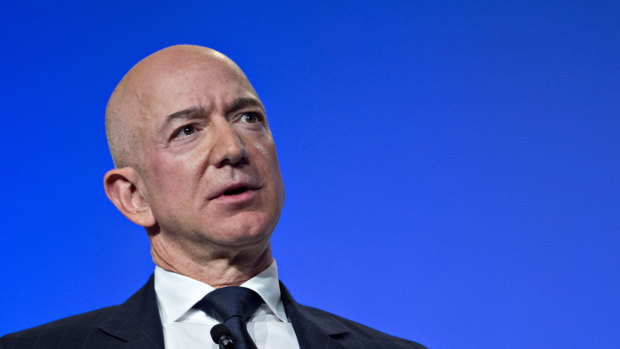 While technology and growth stocks have been punished throughout the year, fears of a recession have further dampened sentiment in the sector. The top five US technology companies by revenue have seen nearly $US4 trillion in market value evaporate this year.

The world’s largest online retailer has spent this year adjusting to a sharp slowdown in e-commerce growth as shoppers resumed pre-pandemic habits. Its shares have fallen almost 50 per cent amid slowing sales, soaring costs and a jump in interest rates.

Since the start of the year, co-founder Jeff Bezos has seen his fortune dwindle by about $US83 billion to $US109 billion, according to data compiled by Bloomberg.

Last month, Amazon projected the slowest revenue growth for a Christmas quarter in the company’s history as shoppers reduce their spending in the face of economic uncertainty.

That sent its market value below $US1 trillion for the first time since the pandemic-fuelled rally in tech stocks more than two years ago.