When Dhruv Saxena first started fundraising for his startup ShipBob in 2014, he knew that finding the right investors was just as important as funding his startup at all. Seven years later, his most recent round was led by SoftBank with Y Combinator, Menlo Ventures, Bain Capital Ventures, and Hyde Park Ventures in tow.

Saxena founded ShipBob with the intention of seizing on a particular segment of e-commerce businesses. Third-party logistics companies that handle warehousing and fulfillment had fallen behind in their technology adoption, as Saxena tells it. Their manual processes meant small customers didn’t have a place in their business model since it cost too much to onboard and support them.

ShipBob set out to use software to make small shippers good business. And since eMarketer projects the number of direct-to-consumer e-commerce businesses in the US will reach 103.4 million by 2022, the potential market is huge.

Saxena was adamant that not only would ShipBob build the software that would allow the company to operate thousands of virtual storefronts, the company needed to run the warehouses too.

“No other warehouse is looking to work with small e-commerce merchants,” Saxena said. The company now operates 15 warehouses in the US and launched its first UK facility March 4.

The combination of intentionally targeting small customers and running a warehouse  weeded out investors pretty quickly, he said.

Warehouses require an upfront capital investment, often several million dollars. They require real estate, equipment, insurance, local permits, staff, and they’re likely to have lots of unused space before a business takes off — which is bad for the bottom line. All these elements are outside the skillset of investors more used to businesses that live online.

“Software has zero marginal costs and so if the product works, it doesn’t cost the company incremental dollars to sell the same copy to a larger audience,” Saxena said. ShipBob customers pay for shipping based on the number of packages they send. The software to orchestrate it all is free.

Plus, when business does boom, warehouse throughput has a ceiling that can’t increase at the same rate as a software product. In this way, warehouse companies conflict with the fundamentals of venture capital. And even some logistics-focused investors stay away. 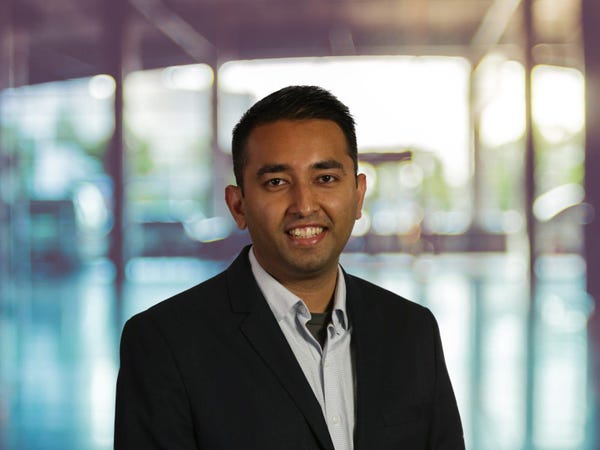 “We love to invest in things that are scalable quickly — like they can scale like crazy — and obviously when you’re investing in physical infrastructure, it makes it way more challenging to actually scale the business,” said Michael Zayonc, founder of Plug and Play Supply Chain.

Plug and Play, a startup accelerator with an arm specifically investing in supply chain technologies, hasn’t invested in startups that actually move or store goods, but it has invested in robotics, which has its own upfront cost burden.

“They normally move a little bit slower. They’re a little bit more challenging to scale. We are looking at a lot of these companies, but it’s sometimes a little bit harder to justify an investment with them when there’s not software as a core value to the company,” Zayonc said.

Saxena anticipated this attitude back in 2014 when he raised his seed round. But now ShipBob has raised $130.5 million. And fellow asset-heavy competitor ShipMonk has raised $365 million from venture and private equity investors. Fabric, which builds and operates robotic micro-fulfillment centers, has raised $136 million.

Saxena pitched ShipBob to investors as if a bet on ShipBob was a bet on the entire e-commerce ecosystem  — and that small businesses could be lucrative if aggregated effectively.

There’s no cloud for logistics

One way to scale an asset-heavy logistics startup, said multiple VCs investing in the space, is to change the physical limits of the warehouse — to change gravity.

“You no longer have to go invest in a data center and maintain that. Somebody else now does that for you,” he said. For e-commerce order fulfillment and transportation, there are a few ways to drastically change the effort needed to move goods the way the cloud did for software.

Robots are one way. Fabric is in this camp, offering same-day delivery within hours of ordering. But robots add more cost. The trick, according to VCs, is to do something others can’t. Sankar called it building a moat.

For ShipBob, it’s aggregating small shippers. For Pandion, a startup founded by the founder of Amazon Air Scott Ruffin, it’s making smaller regional parcel carriers easier for retailers of all sizes to access as an alternative to UPS and FedEx. In both cases the size of the market is immense and vastly underserved, according to the founders.

“We don’t have to make nearly the same amount of investments as UPS or FedEx does and you don’t need as many sites, if you’re able to use the sites that you have more effectively,” Ruffin said.

The possibility of shifting consumer behavior through logistics could be a pull, too. Bruce Leak, founding partner of Fabric and Pandion investor Playground Ventures said the kind of same-day, ultra-quick delivery Fabric enables is addictive.

“If you can get it same-day or in the next hour or two it changes what you want and when you want it,” Leak said. “You’ve really got to believe you have a new approach. A better approach. And you’ve got to have one that you know will change the world,” he said.

One startup raises and the dominos fall

Aaron Rubin has been fending off venture capital for his company, ShipHero, since 2015.

ShipHero is an e-commerce software provider and runs nine warehouses so shippers can outsource order packing and shipping. In 2015, the company was only making a software-as-a-service play when competitor Stitch Labs raised a $15 million Series B round and the VCs came knocking.

“That’s the way VCs work. They see a competitor raise and they’re like ‘Oh, this must be a great space. We should get into it, too.'” VCs told Rubin he wouldn’t be able to compete without a similar influx of cash. But the ShipHero team wasn’t convinced.

Staying independent gave the founders more options in the long-run, Rubin said. Plus, the VC-warehouse fit didn’t seem right to him.

“I wouldn’t invest in an asset-heavy [third-party logistics company], which is funny, because I seem to be in the same business,” said Rubin.

Stitch Labs was acquired by Square in July — another VC implication Rubin wasn’t keen on — and Rubin was satisfied by his decision.

Then ShipBob raised its $68 million Series D led by SoftBank in September. ShipMonk raised $290 million from private equity firm Summit Partners in December … and another $65 million in January.

And now, as the pandemic continues to shift consumer and venture capital dollars toward e-commerce, Rubin said he may start returning some of those VC calls.

“They can literally have a $100-million dollar deficit over the next year and they’ll be fine. And I have to tell my team we actually have to be cash-flow positive this year?” he asked.

Rubin still wouldn’t invest in his competition, but he says his own business defies gravity with its warehouse network designed to work with smaller carriers that can provide better service at a few dollars less per order.

The truth is that the heat is on. It’s time to scale or get left behind and the investor appetite is out there.

Trump allies are reportedly worried that he is too obsessed with the 2020 election: 'He needs to weave in some new material'