In December, the US Navy released its 30-year ship-building plan, which called for building 404 new vessels to reach a 541-ship fleet by 2051, with 304 current vessels retired over that period.

Fourteen of the vessels to be retired are nuclear-powered and thus need to be recycled as part of the Navy’s Ship-Submarine Recycling Program to ensure safe disposal of their nuclear reactors and fuel.

USS Ohio, lead ship of the class, will be one of the two SSGNs recycled. It will be the end of a four-decade career for the first sub of its kind. 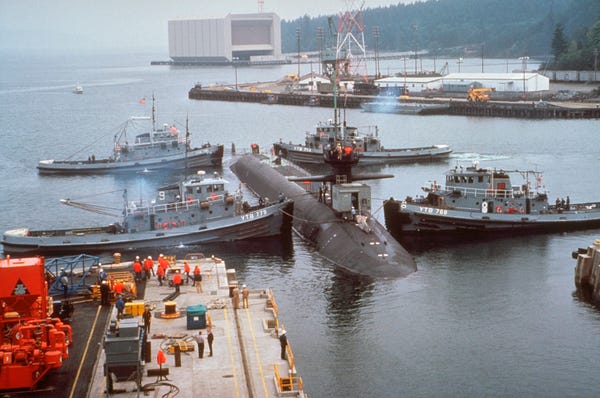 USS Ohio was commissioned in November 1981. Ohio and the boats that followed were ballistic-missile submarines, classified as SSBNs, and meant to replace the aging boats of the five previous SSBN classes, known as the “41 for Freedom,” which were commissioned between 1959 and 1967.

The SALT I and SALT II treaties between the US and the Soviet Union put limitations on their nuclear forces, including the number of submarine-launched ballistic missile (SLBMs) silos each could possess. As a result, a number of SSBNs were retired or refitted and reclassified as attack subs to make room for Ohio-class subs to enter service.

As the newest SSBN in the Navy, Ohio was a considerable upgrade. At 560 feet long and 42 feet wide, Ohio and its follow-on boats are the largest submarines in US history. It was originally armed with four torpedo tubes and 24 missile silos — eight more than its predecessors — capable of firing UGM-96 Trident I SLBMs.

Its nuclear reactor enabled Ohio, like other SSBNs, to stay submerged for months at a time. It also gave Ohio the ability to dive deeper than diesel-electric submarines and allowed it to have a virtually unlimited range, restricted only by its food supply.

At Ohio’s commissioning, then-Vice President George Bush said the vessel was “a new dimension in our nation’s strategic deterrence,” while Adm. Hyman G. Rickover, known as the “father of the nuclear Navy,” said Ohio should “strike fear in the hearts of our enemies.”

All but one of the Ohio-class boats were named after US states, a tradition the Navy previously reserved for battleships and cruisers. 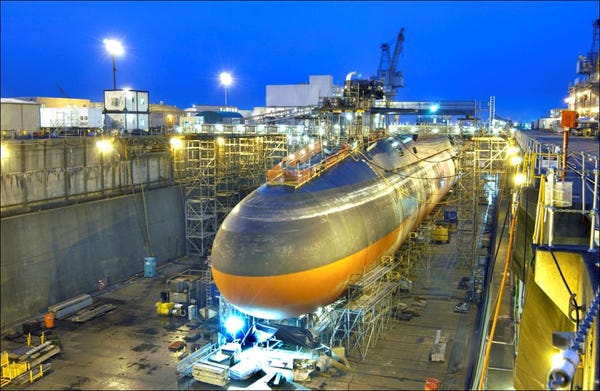 After training and shakedown operations, Ohio was transferred to the Pacific Fleet, arriving at its homeport of Bangor, Washington, in August 1982. In October that year, Ohio began its first strategic deterrent patrol, the first such patrol with a Trident I SLBM, which lasted 70 days.

Ohio would conduct strategic deterrent patrols out of Bangor for the next 20 years and did a number of Trident test launches in that time. After a brief overhaul from 1993 to 1994, Ohio returned to patrol duties in 1995.

In 1994, the Nuclear Posture review determined that the Navy only needed 14 of its 18 SSBNs. As a result, the first four Ohio-class submarines were to be converted to SSGNs to assist ground operations in a more tactical role.

Ohio’s conversion lasted from 2002 to 2005. Ohio and its fellow SSGNs are now equipped with 22 Vertical Launching System tubes, giving them the ability to fire up to 154 Tomahawk land-attack cruise missiles.

The four SSGNs have more than half of the US Navy’s submarine vertical-launch payload capacity, with Ohio alone carrying more Tomahawks than a single Arleigh Burke-class destroyer. 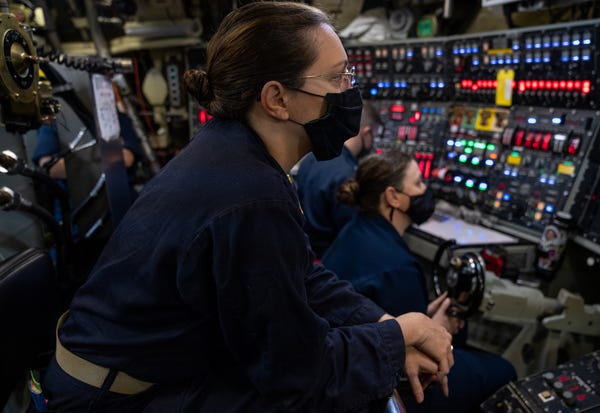 The remaining two missile tubes were converted into swimmer lockout chambers, which, combined with its ability to carry a dry deck shelter, allows the Ohio to deploy up to 66 Navy Seals or Force Reconnaissance Marines for special operations.

Returning to active service in 2006, Ohio continued to conduct patrols in the Pacific and participated in a number of exercises with the US’s Asian allies. In 2010, Ohio and two other SSGNs surfaced simultaneously in the Western Pacific in response to Chinese missile tests in the East China Sea.

In April 2017, Ohio entered a two-year refit, which upgraded most of its onboard systems, and returned to service in August 2019.

To ensure continuous operation at peak performance, Ohio is operated by two rotating 155-man crews, dubbed Blue and Gold. Each crew deploys for 70 to 90 days before returning to port to swap places with the other. 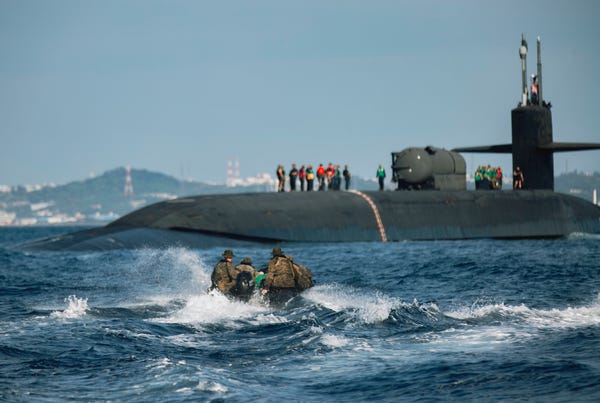 Ohio is currently operating in the Pacific with the US 7th Fleet. It recently conducted an exercise with Force Reconnaissance Marines from the III Marine Expeditionary Force in Okinawa, who practiced deployments via submarine and rubber raiding craft.

Ohio is expected to enter the recycling process in 2026, along with sister boat USS Florida. For submarines, the process has four stages: inactivation, missile compartment dismantlement, reactor compartment disposal, and recycling.

Inactivation begins after the sub has been disarmed and put into a dry dock. The reactor is shut down and completely de-fueled. The main storage battery is then removed. 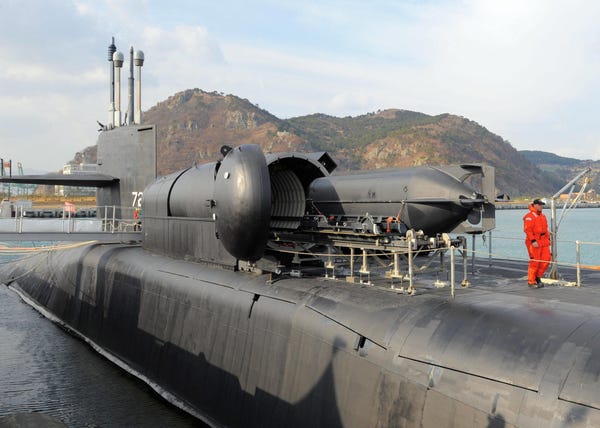 The submarine is cut open to allow easy access to the reactor. The fuel is moved to a shielded transfer container that is placed in a specially designed shipping container before being sent to the Naval Reactors Facility in Idaho.

After this, the missile launchers are removed from the submarine and cut apart to ensure their destruction in accordance with the terms of the SALT II Treaty.

When this is done, the rector is thoroughly cleaned, sealed in a protective case, and removed by crane to be sent to the Department of Energy’s Hanford waste disposal site in eastern Washington.

Any remaining parts of the submarine that can be used in active subs is removed and stored. The hull is then scrapped.