AFL-CIO President Richard Trumka on Monday condemned the damage caused by rioters to the union group's headquarters in Washington, D.C., over the weekend.

"We categorically reject those on the fringes who are engaging in violence and destroying property," Trumka said in a statement. "Attacks like the one on the AFL-CIO headquarters are senseless, disgraceful and only play into the hands of those who have oppressed workers of color for generations and detract from the peaceful, passionate protesters who are rightly bringing issues of racism to the forefront."

Rioters smashed windows and spray-painted explicit messages on the headquarters of the AFL-CIO, the nation's largest union federation with more than 12 million members. Businesses, offices and even churches throughout Washington, D.C., were also damaged.

Trumka also addressed the protests taking place throughout the U.S. in the wake of the death of George Floyd, a black man who died last Monday after a white Minneapolis police officer pressed his knee on Floyd's neck, saying racism "is a labor issue because it is a workplace issue." 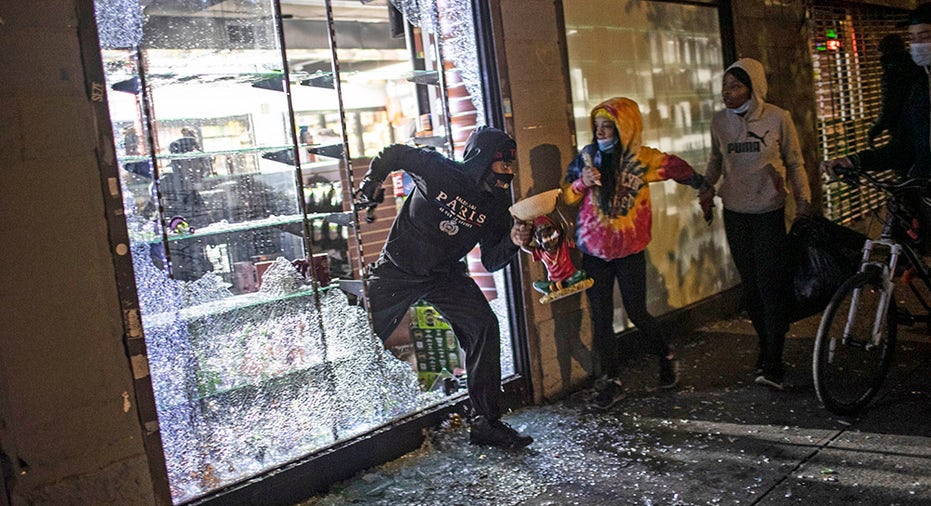 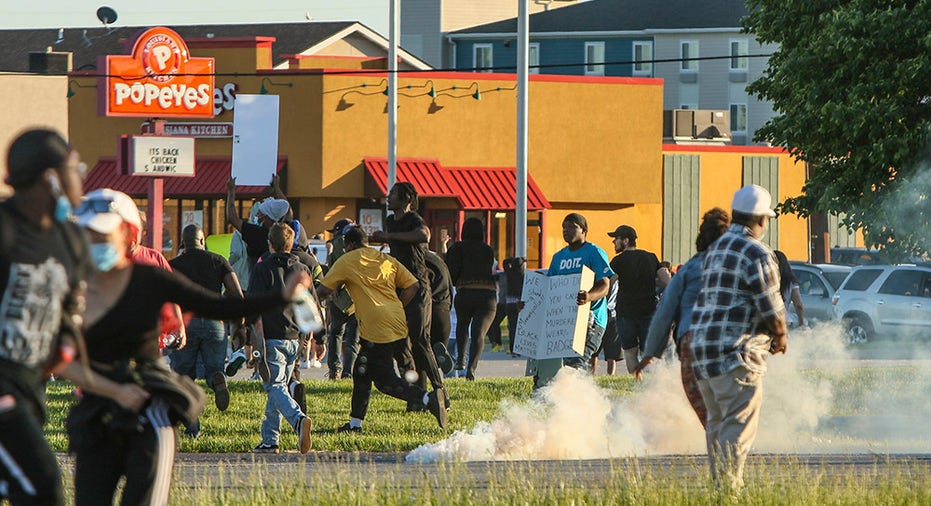 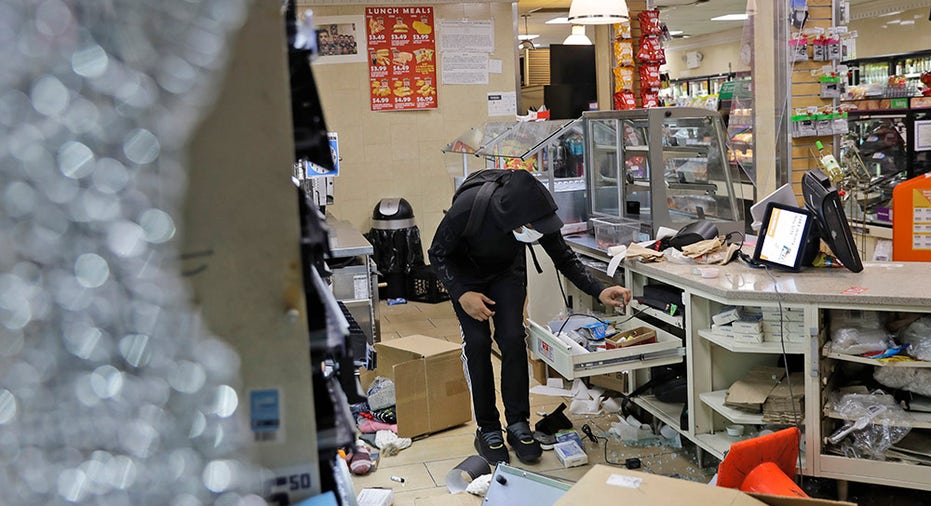 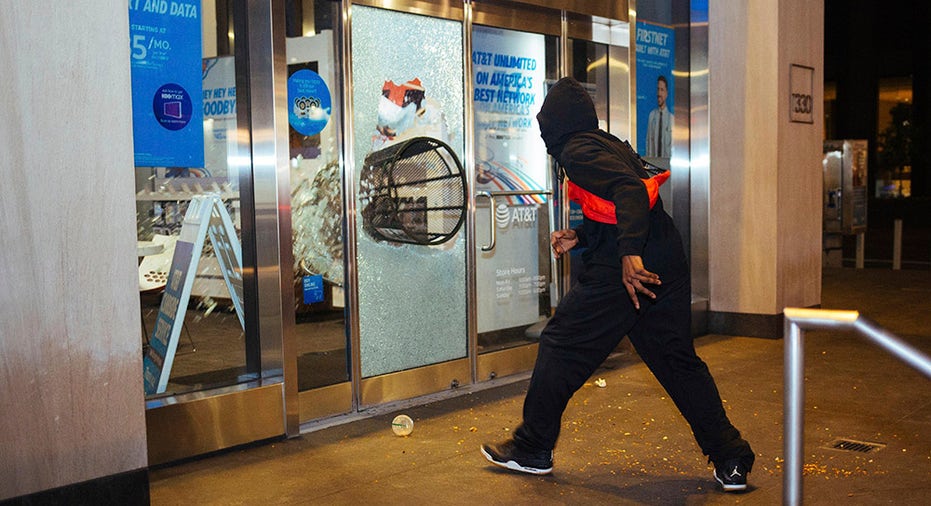 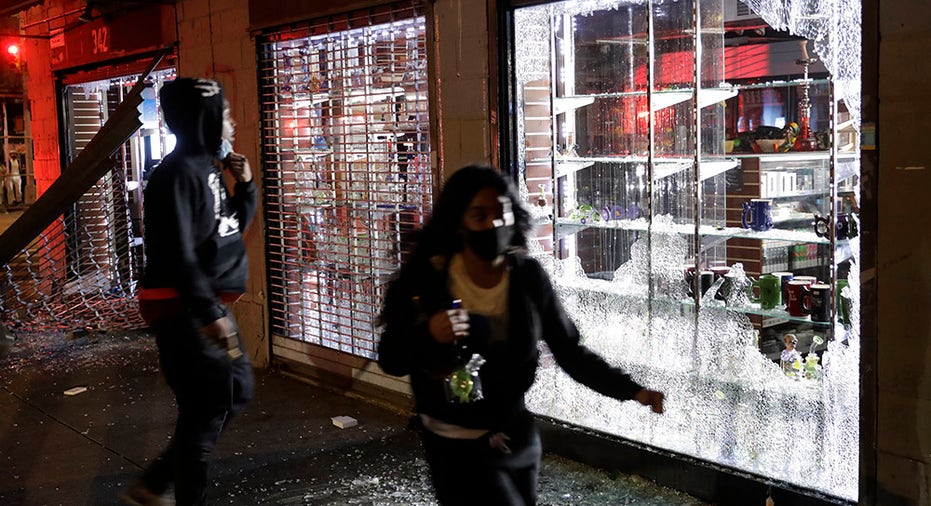 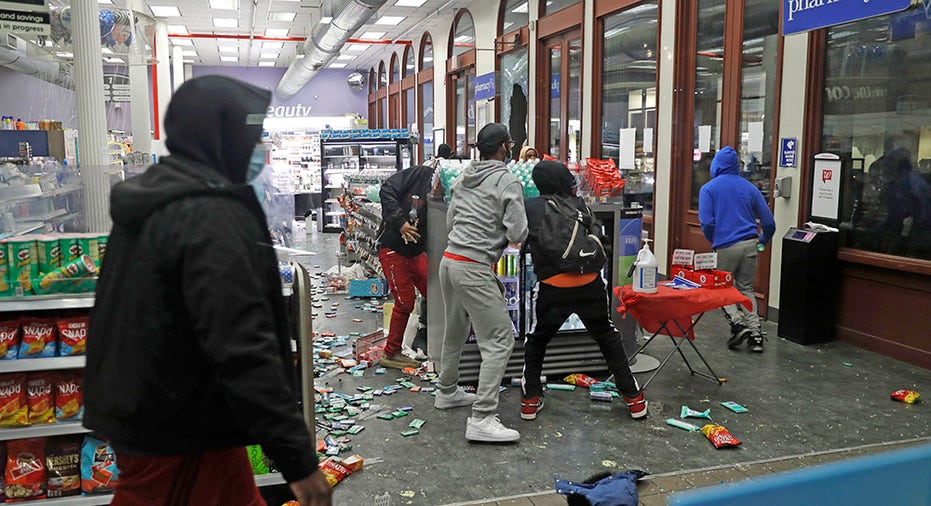 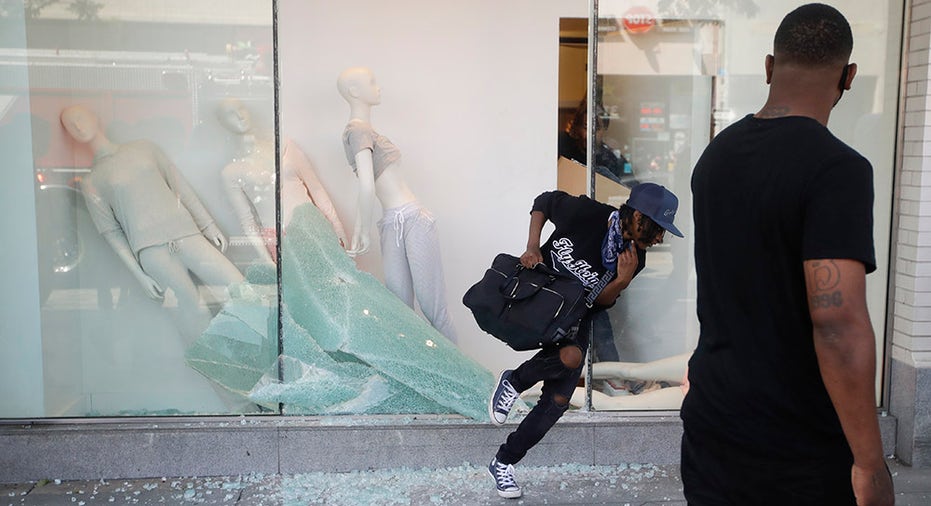 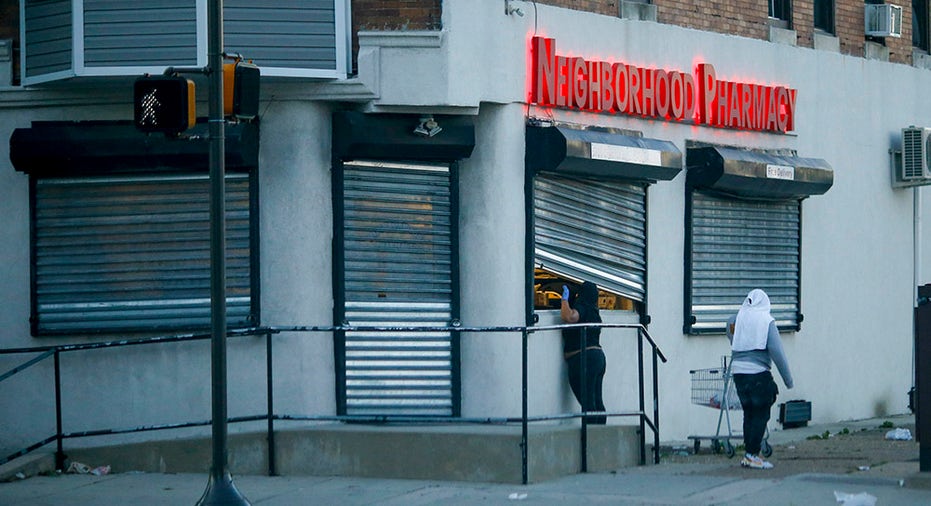 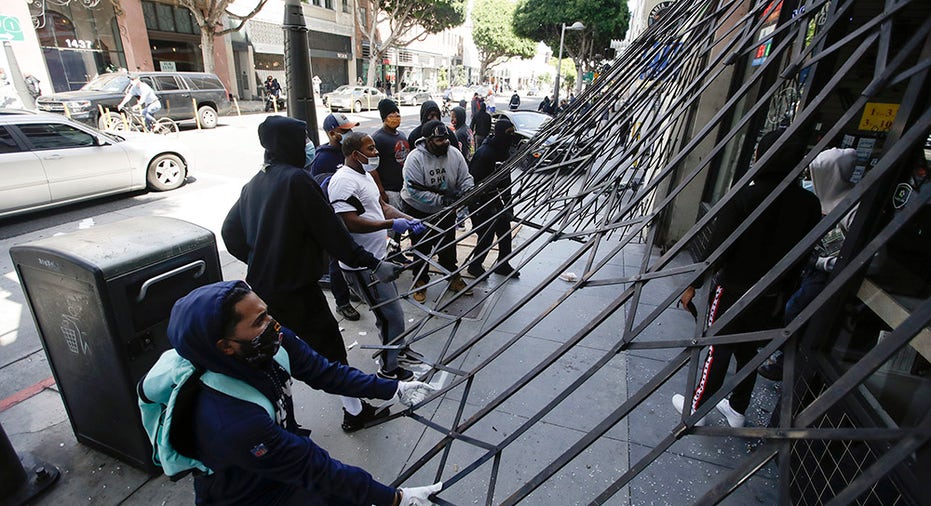 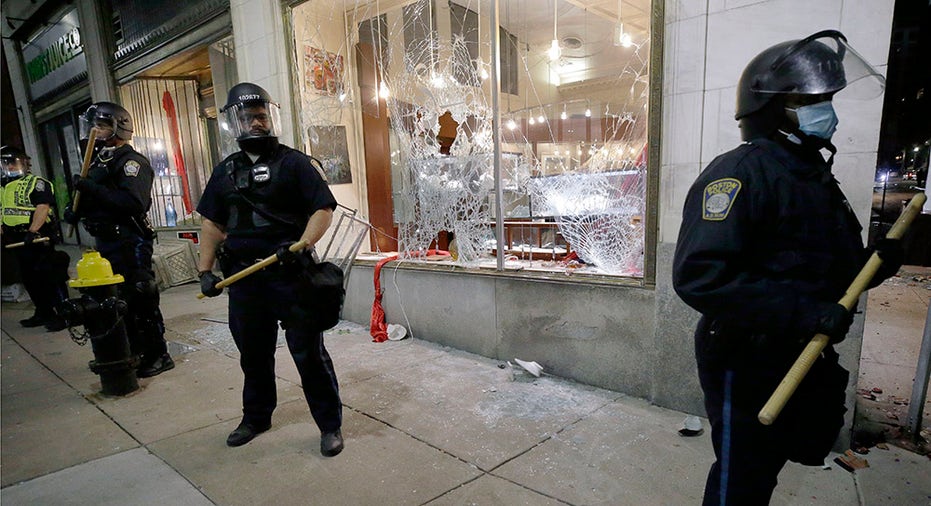 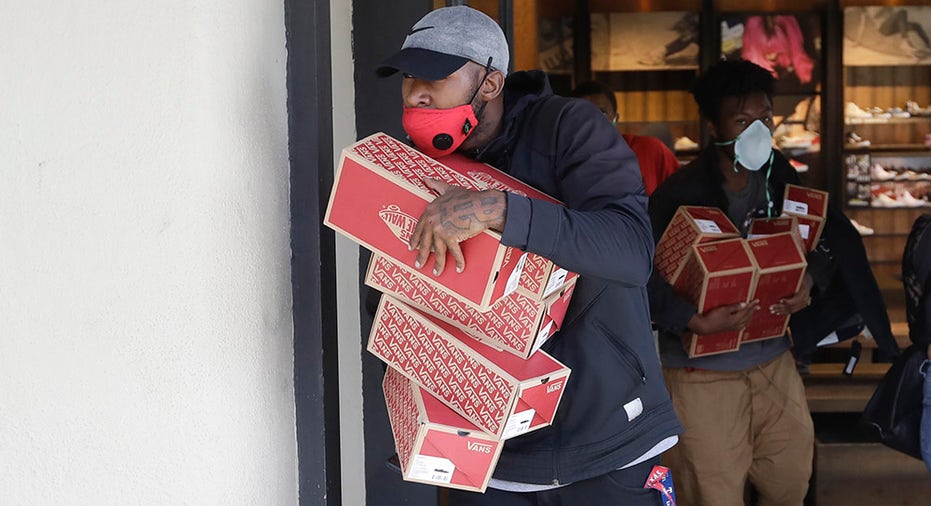 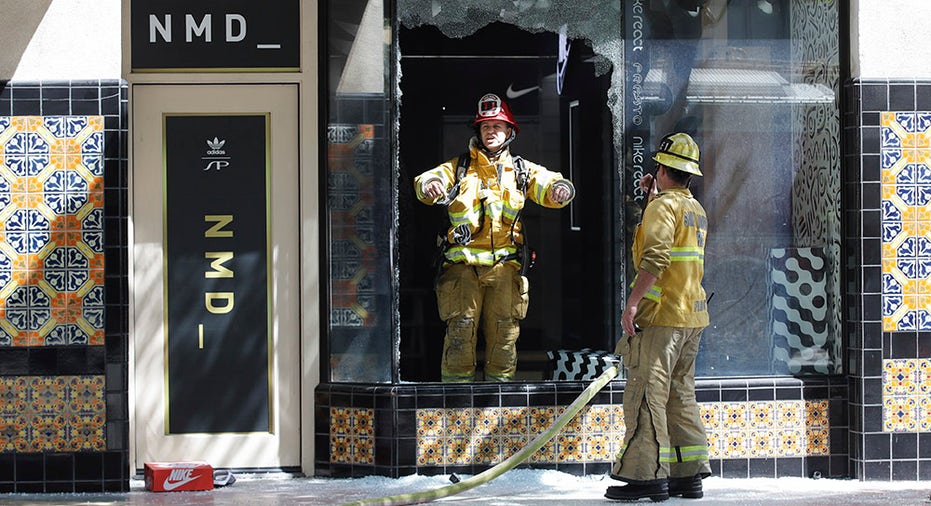 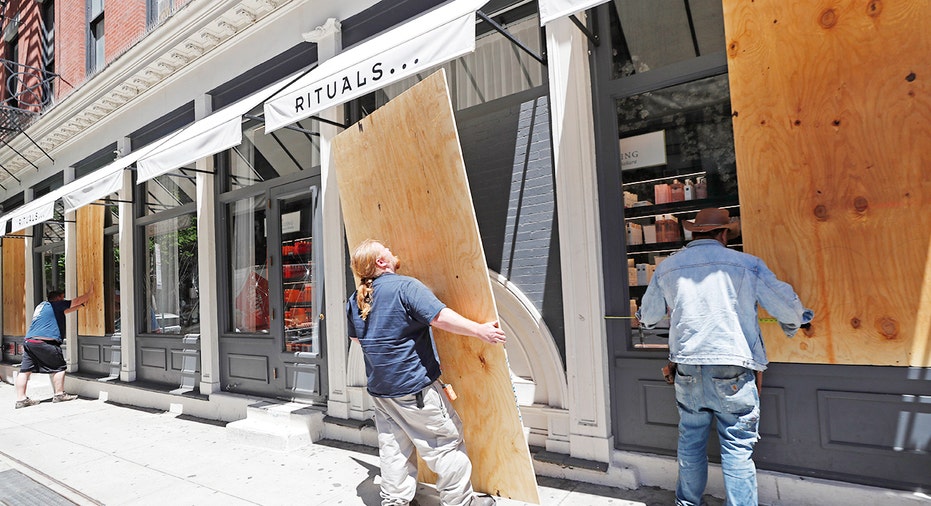 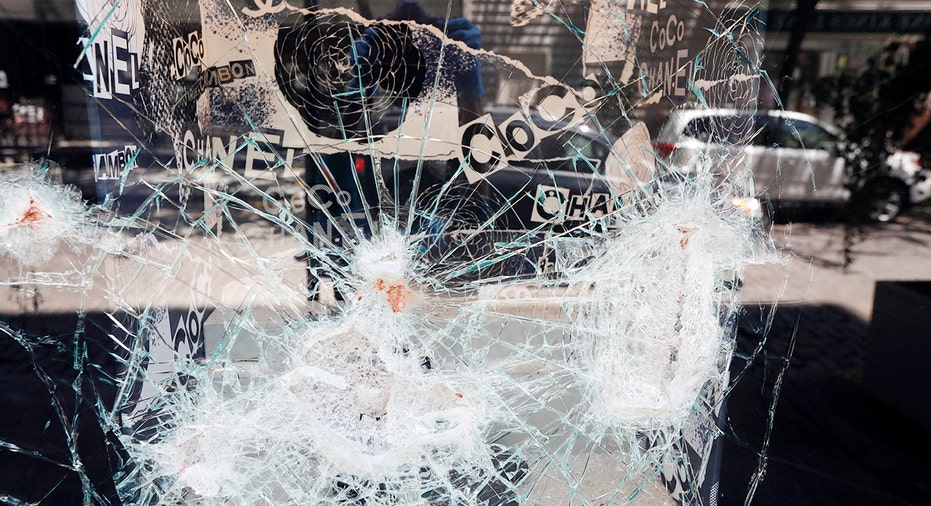 People run out of a smoke shop in New York with smoking instruments after breaking in. (AP Photo/Wong Maye-E)

"I watched the video of George Floyd pleading for his life under the knee of a Minneapolis police officer," Trumka said. "No person of conscience can hear Floyd’s cries for help and not understand that something is deeply wrong in America."

Just blocks away from the union group's headquarters, demonstrators gathered around the White House to protest on Sunday night. The AFL-CIO endorsed Joe Biden, the likely Democratic presidential nominee, in May.