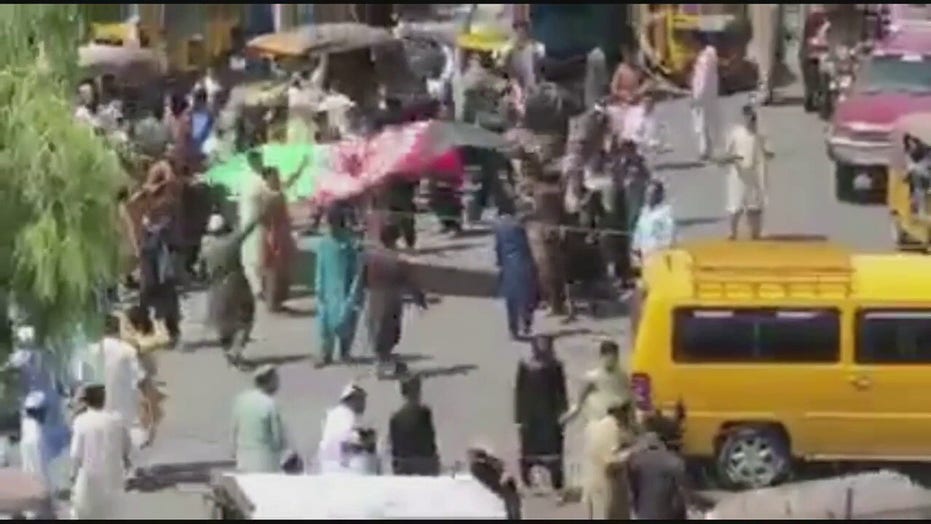 Jalalabad demonstration ends with gunfire, reports of one dead and multiple injured

Finger-pointing over the botched withdrawal of U.S. troops from Afghanistan has accelerated in Washington as the White House, the Pentagon and intelligence officials have all sought to direct blame away from themselves.

Chairman of the Joint Chiefs of Staff Gen. Mark Milley on Wednesday took an apparent shot at the intelligence community, which he said never predicted the Taliban could take over the country as rapidly as it did.

“I have previously said from this podium and in sworn testimony before Congress that the intelligence indicated multiple scenarios were possible,” he said. “However, the timeline of a rapid collapse that was widely estimated ranged from weeks to months and even years following our departure. There was nothing that I or anyone else saw that indicated a collapse of this army and this government in 11 days.”

Milley’s comments came after leaks to The New York Times and NBC News indicated that intelligence officials had warned the White House and Pentagon that Afghanistan could rapidly collapse.

Secretary of Defense Lloyd Austin blamed Afghan troops for the debacle during a call with members of Congress on Sunday, lamenting that “you can’t buy willpower.”

Biden declared toward the end of his speech that “the buck stops” with him, but not before blaming his predecessor, former President Trump, for negotiating a peace deal with the Taliban that made the current president have to choose between “escalating the conflict and sending thousands of American troops back into Afghanistan.”

Biden also pointed fingers at the Afghan army for lacking “the will to fight” for their future. And he said the slow-moving pace of evacuating the U.S.’s Afghan allies was in part because “some of the Afghans did not want to leave earlier — still hopeful for their country.”

Ex-CNN’er torches network for having ‘thumb’ on the scale