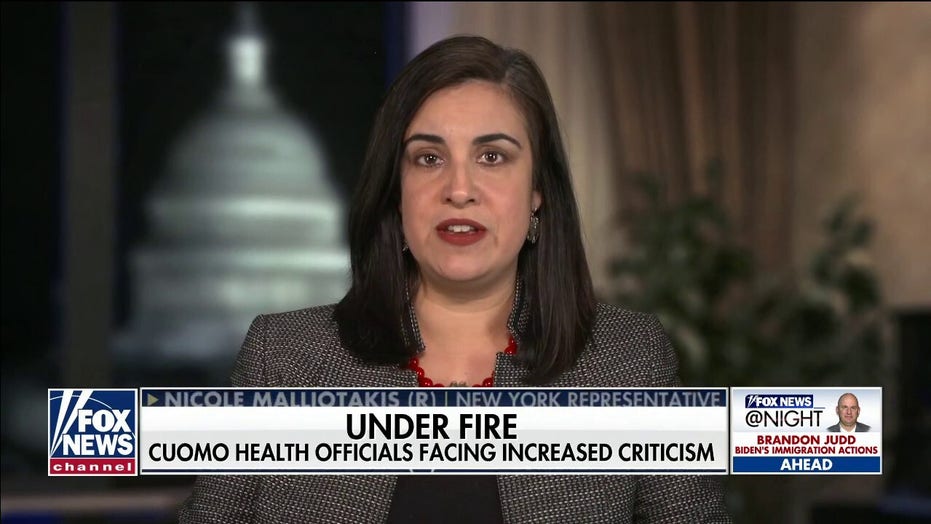 Malliotakis says her constituents ‘have had enough’ with Gov. Cuomo’s ‘hypocrisy’

The International Academy of Television Arts and Sciences has not commented publicly on whether it will take back an award from New York Gov. Andrew Cuomo after his administration confirmed last week that thousands more nursing home residents died of COVID-19 than the state’s official tallies had previously acknowledged.

Cuomo received the International Emmy Founders Award in November “in recognition of his leadership during the Covid-19 pandemic and his masterful use of TV to inform and calm people around the world.”

The Emmys said the award is given to those who “cross cultural boundaries to touch our common humanity.”

Fox News has reached out to the academy but received no response by the time of publication.

The mandate has been linked to the deaths of thousands of elderly residents – something Cuomo’s administration has long denied. But last Thursday, his administration confirmed that thousands more nursing home residents died from the virus than had previously acknowledged.

The announcement came after months of the state refusing to divulge its true numbers, showing that at least 12,743 long-term care residents died of the virus as of Jan. 19 – far greater than the official tally of 8,505 on that day. 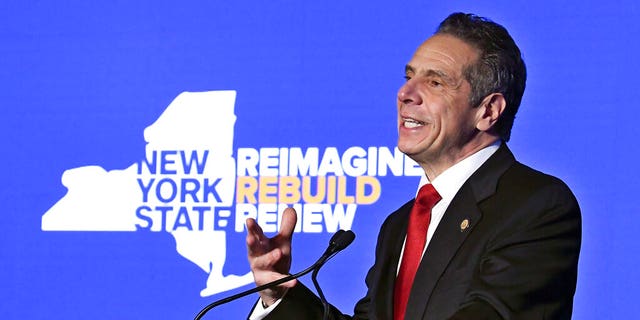 FILE: New York Gov. Andrew Cuomo delivers his State of the State address virtually from The War Room at the state Capitol, in Albany, N.Y.
(AP)

Those numbers undermined Cuomo’s frequent argument that the criticism of his handling of the virus in nursing homes was part of a political “blame game,” and it was a vindication for thousands of families who believed their loved ones were being omitted from counts to advance the governor’s image as a pandemic hero.

Cuomo, who last fall released a book touting his leadership in dealing with the virus, has not held back from using New York’s lower nursing home death count to make the argument that his state is doing better than others in caring for those in such facilities.

“There’s also no doubt that we’re in this hyper-political environment so everybody wants to point fingers,” Cuomo told CBS “This Morning” in October. “New York, actually, we’re number 46 out of 50 in terms of percentage of deaths in nursing homes … it’s not a predominantly New York problem.”

Fox News’ Evie Fordham and The Associated Press contributed to this report.

Corporate directors demand refunds and threaten to 'rage quit' after writer Anand Giridharadas eviscerated them in a virtual conference for board members, saying 'your children and grandchildren do not respect your work'

Chris Cuomo rips CNN's own report on Biden WH 'starting from scratch' on vaccine rollout: 'No, they're not!'