Archaeologists uncovered an ancient fast food counter in the ruins of Pompeii, and it shows that tastes haven't changed very much in the last 2,000 years.

The site, which was first discovered in 2019, was buried by the volcanic eruption of Mount Vesuvius in 79 AD. The excavation revealed a hot food and drink counter, the equivalent of street food or fast food today, called a thermopolium, literally "places where hot drinks are sold." At least 80 of these fast food shops have been found in Pompeii so far, but this site was the first to be excavated intact.

Read more: Restaurants have battled each other with breakfast offerings for years. In 2021, they'll have a new competitor — big food companies.

The counter has frescoes that remained intact, showing some animals that were served, including chicken and ducks, like a modern menu with pictures today. 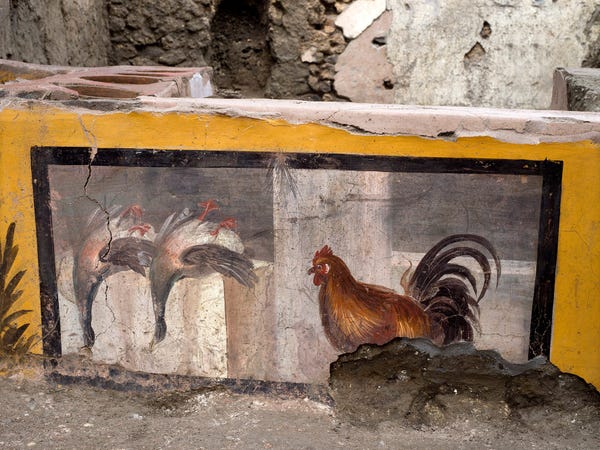 The rooster was painted in "Pompeiian red," typical of art at the time. 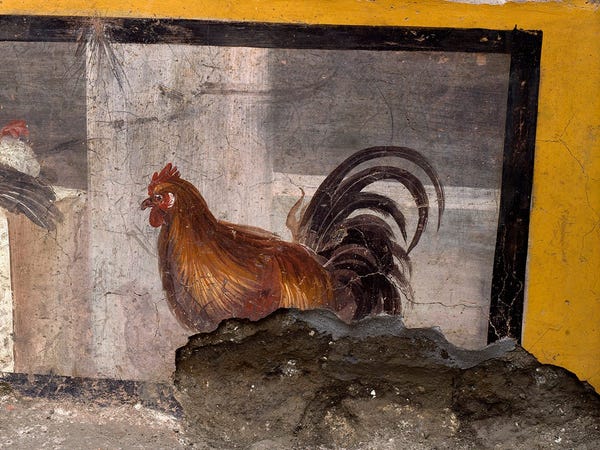 Another fresco showed a leashed dog, which might have served as a reminder to customers to keep pets on leashes. 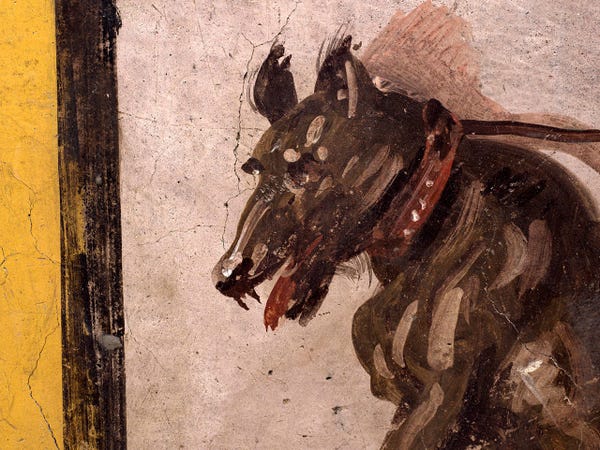 The shop owner would display hot food in terra cotta jars into the holes along the countertop. 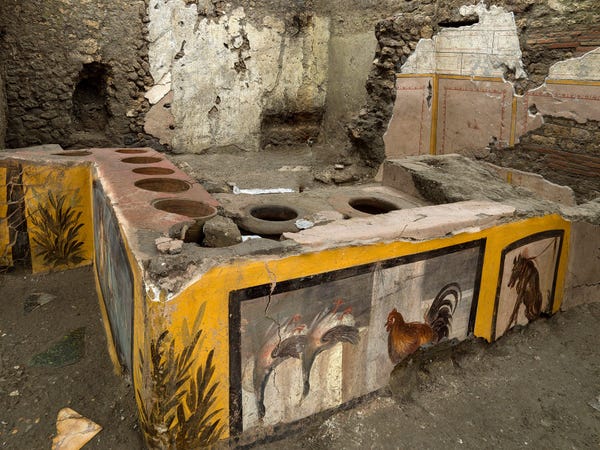 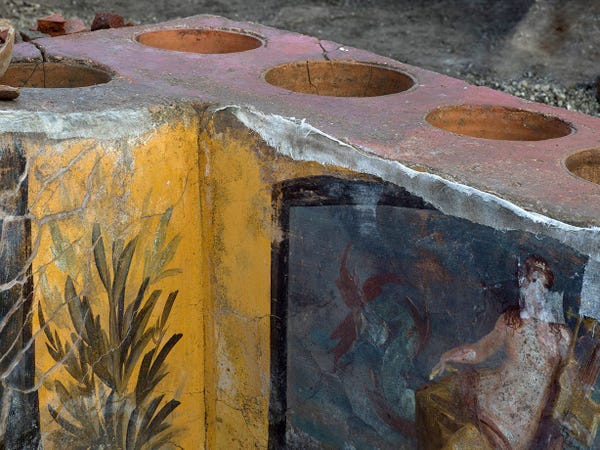 Fast food restaurants like this one "provided the urban class an opportunity to have a quick hot meal" historian James Ermatinger wrote. Most of the menu was designed to be eaten on the go, a convenience necessary for many poor Romans who lacked kitchens. 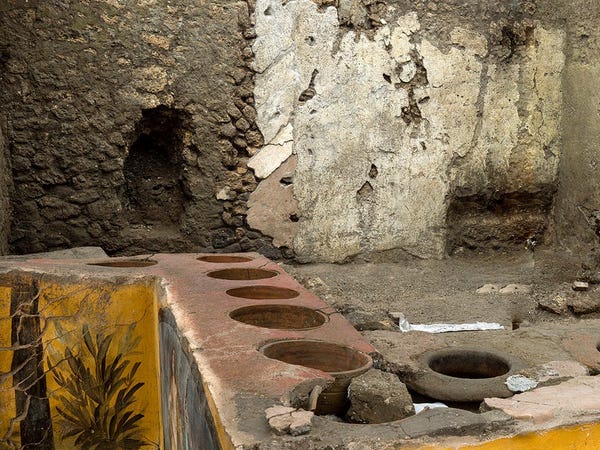 "Initial analyses confirm how the painted images represent, at least in part, the foods and beverages effectively sold inside," staff anthropologist Valeria Amoretti told the AP.

Remains of ducks, goats, pig, fish, and snails were all found, indicating the type of food available. 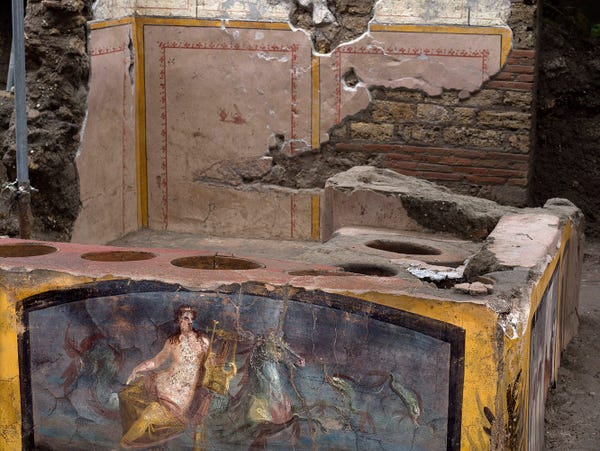 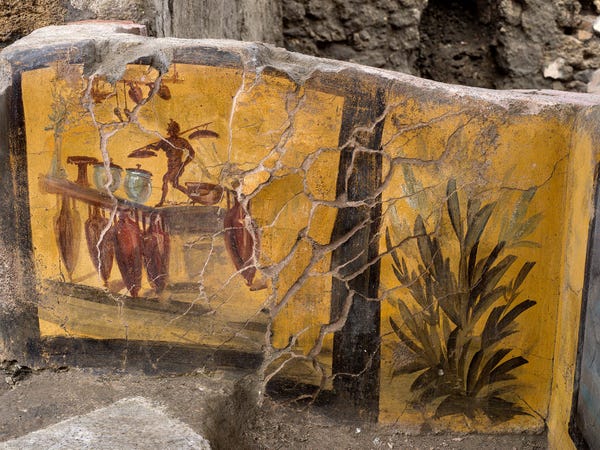 The dishes, including wine with ground fava beans, indicate what common people ate, as the eateries were mostly looked down upon by Roman elites. 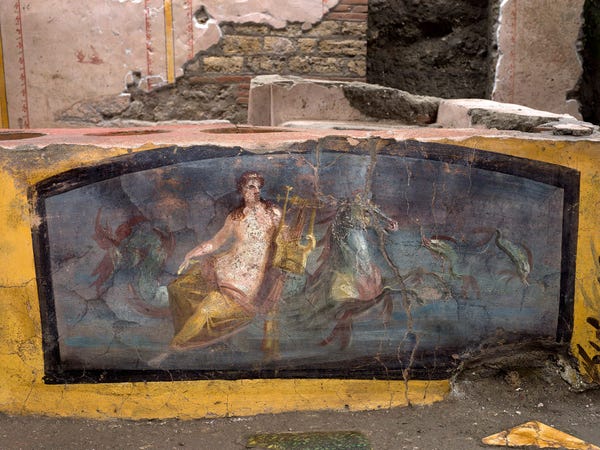 Archaeologists found human remains at the site, indicating that people were there when Mount Vesuvius erupted. Other remains may have been moved or placed by earlier excavators. 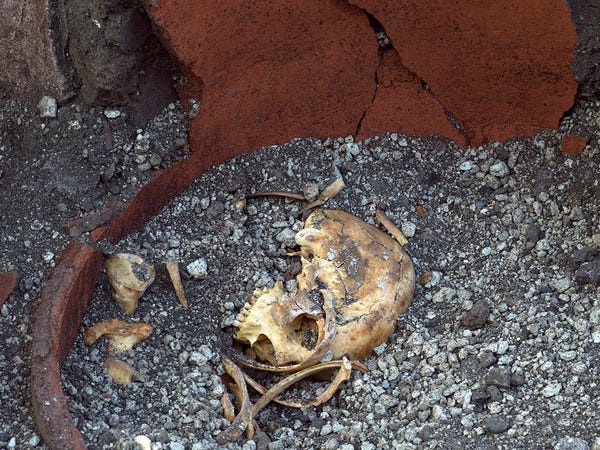 Notably, archaeologists also found the entire skeleton of a small dog, a rarity for the time. 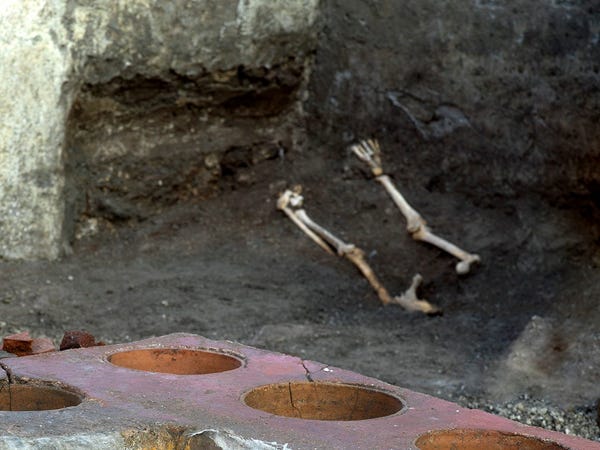